How do you choose the right oil for your racing or performance engine application? While you don’t have to be a chemist to know there are differences in oil formulations, these variations can be as broad as the type of oil, or as specific as the additive package that is used.

Your father’s motor oil may have been old reliable, but it may be time to move on. It’s more than a coincidence that engine builders have experienced more flat tappet cam failures in the last few years than at any point prior. And that’s because today’s engine oil has a lower amount of anti-wear additives than your flat tappet cam requires in order to keep it spinning freely.

Experts say that the reasons behind the changes in engine oil are numerous, but one of the main reasons is that the American Petroleum Institute (API) has regulated the amount of zinc levels to .08 percent, down from .15 of a few years ago (and even higher levels before that) due to its harmful effects on catalytic converters and emissions systems.

The latest API formulations are aimed at extending the life of catalytic converters not racing engines. Around 1996 most of the OEMs had already started manufacturing OHC engines with roller followers, that in turn, allowed them to use lower zinc-phosphorous anti-wear additives.

So while performance engines of the early 1990’s could share the same oil as production engines without consequence, today, the use of API approved street oils in many performance applications will likely lead to trouble, especially during flat tappet cam break-in periods.

Just what exactly is your oil made of? To help regulate the formulations and performance of the many types of oil, the American Petroleum Institute created a system of classification for base oil types. The majority of each bottle of motor oil is made up of a base-stock taken from one or more of five categories, or groups. Group I base stock is the least refined base oil from crude oil; these are most often utilized in straight-weight, conventional motor oils. Group II base stock is more refined than Group I to remove more impurities and improve its properties as a lubricant. Group II stock is often used when creating many of today’s multigrade conventional motor oils. Group III base stock is refined to the point that it will perform at the levels of any other synthetic base stock and hence it is called a synthetic. Group IV base stocks are PAOs (Polyalphaolefin) or historical synthetics and Group V is essentially anything that will not fit into the previous four categories such as esters and polyolesters.

While one or more of the base oil groups make-up roughly 80-85% percent of the motor oil, the remaining percentage comes from a combination of additives. The additive package can be any specific mix of viscosity modifiers, anti-oxidants, anti-wear additives, dispersants or more; with each component responsible for at least one separate task. The viscosity modifiers are used to help keep multigrade motor oil within the desired viscosity range as the motor oil heats up or cools down. Anti-oxidants are used in the motor oil to help the oil cope with the high temperature extremes inside the engine. The anti-wear additives assist in lubricating the moving components, and the dispersants keep the impurities in the engine oil in suspension so they can be safely removed by the oil filter before the oil travels to critical components of the motor. It is the delicate combination and mixture of each of these components in the additive package and the base oil selection that truly determine the quality of the each quart of oil.

Experts say that the additives in API blends will no longer cut it in a racing or performance engine. There is no denying that API oils for the most part work very well in late model engines where there are roller cams and much less friction than in high powered racing engines, which are in many cases, good old pushrod V8s.

According to Lake Speed, Jr. of Joe Gibbs Driven Racing Oil, one of the important differences between racing oil and API oil is the limited amount of phosphorous in API blends. The EPA limits the amount of phosphorous and zinc, specifically it’s the phosphorous, not the zinc that is limited. Phosphorous is a component of Zinc dialkyl dithio phosphate (ZDDP, or ZDP) is a family of zinc salts of dithio organophosphates. And they easily dissolve in mineral and synthetic oils that are used as lubricants.

Zinc phosphate is mainly for anti-wear. The zinc and phosphate go hand and hand. So when you limit phosphate you limit zinc as well.

“You can put zinc in the oil but it won’t act as an anti-wear agent until you add the phosphorous,” says Speed. “When you have a limit on the amount of zinc-phosphorous you limit the anti-wear agents. The combination of zinc and phosphorous is limited to a maximum of 800 parts per million in API/SM classification, which is the latest classification that came out in 2004.

“Any oil that you get that says API or ILSAC GF-4 contains a limited amount of zinc and phosphorous, and for most racing applications, that’s not what you want,” says Speed.

It is for this reason some engine builders have switched to diesel oil for break-ins as some of these formulations are known to have higher levels of zinc.

“The current diesel oil spec is CJ-4 is limited to 1,200 parts per million (ppm), so it does have 400 ppm more than API pass car oil but it’s only marginally better. A lot of people get mislead hunting down the oil with the highest ppm, as if it were the Holy Grail, and it really isn’t,” says Speed.

Detergents are the additives that clean the sludge and build up in the engine. And those are keys for passenger car engines that operate in short spurts and at lower operating temperatures. The oil is typically not hot enough to vaporize any of the contaminants, which attacks the oil and creates more issues so that you need acid neutralizers and so on. That’s all compounded in a passenger car by the fact that you’ve also got EGR to contend with. So EGR is dumping more fuel and contaminants back into the engine, which just makes the situation worse. Manufacturers then have to formulate passenger car oil for that kind of environment. And by and large these oils do a great job for the environment they operate in.

Ed Newman of Amzoil says that its racing oil was designed specifically with  protection and performance characteristics in mind.

Newman says that Amzoil was the first to offer synthetic oil back in 1972 and today they offer a number of performance oils including those that are acceptable for flat-tappet camshaft engines.

“We offer a full line oil that contains an additive package with a proven history,” says Newman. “Products like our 10W-40 and 20W-50 high performance engine oils contain higher ZDDP levels, and are perfectly suitable for flat-tappet camshafts.

“I always tell people to measure the oil not by what’s on the label but by standard ASTM tests. There are all kinds of qualities an oil has to have for performance applications besides just the base stock,” Newman concludes.

Dick Glady of Brad Penn says that they have been receiving rave reviews from engine builders who have use their break in oil. “We have a strong detergent dispersant package with the base oil formulation. Which basically allows the metal that flakes off during the break-in to be pulled away from the metal parts.”

Glady adds that the detergent additive suspends the particles and gets them out of the engine quickly.

Glady points out that Brad Penn is the only US refinery of motor oil and it processes 100 percent pure Pennsylvania Grade crude oil. “We process it so we get a very unique cut off our fractionation tower. We blend this cut into our racing oil and it has a tremendous affinity for metal surfaces. It goes after the metal surfaces and stays there. So, not only have we not cut our zinc levels, which are typically 1,500 ppm, and our phosphorous at 1,400 ppm, the whole story isn’t just the zinc, it’s the combination of that and the properties of our unique base oil.”

ENEOS 0W50 is 100 percent synthetic oil formulated for performance  engines. Developed for auto racing by the Nippon Oil Corporation, this oil has an ultra wide 0W-50 viscosity range, so it provides outstanding performance from the very coldest to the very highest temperatures.

Tokarz says that because the 0W50 is made from a blend of 100 percent synthetic base oils and optimized additives, its high-temperature oxidation stability is superior to oils made from mineral base oils. The oil also has outstanding coking resistance, which is an essential property for protecting turbo rotors that are operated at high temperatures and speeds.

The oil’s synthetic base allows it to maintain a strong oil film even at high temperatures, speeds, and loads. Its antiwear protection is particularly effective in the drive trains of overhead cam systems, where the lubrication conditions are especially severe. This motor oil also has superb thermal and oxidation stability, so it maintains excellent engine cleanliness by suppressing sludge formation, which can cause engine seizures and pump clogging.

In 2003 and 2004 Joe Gibbs Racing only produced enough oil for its own racing operations. The oil was produced in small batches several times a year, but that became a costly endeavor. JGD’s Lake Speed, Jr. says, “We wanted to have the very best possible product and we knew we couldn’t cut any corners to make it more economical for our teams, so the choice became clear that we would have to our oil to other racing teams. It kind of went from there.

“Anywhere there’s a pushrod V8 engine, our oil works very well for these applications; that’s what it’s designed for.”

Speed says that JGD offers several different formulations of its oil, but the JGR organization only uses three of the formulations.

The XP0 is the qualifying oil and the XP1 is the “open motor” race oil, whereas the XP2 is the “plate motor” race oil. The other products – from XP0 to XP6 – are just viscosity variations from the ones the team uses. They use the same additives and the same base oils, only the viscosity was changed.

Speed says the main criteria you need  to select the correct oil for racing or any other performance application is temperature, load and rpm range. The best coefficient of friction is when there is no contact between the bearings.

Tom Harry from Les Frickshun says that he has an oil additive that replaces the zinc levels in any standard API oil. He says that his additive actually replaces a quart of oil so you can bring up the anti-wear protection to whatever level you need (8 oz. of LF Zinc per quart of oil).

Mark Ferner from Pennzoil says that the most common question they have been asked in the last year is about the levels of zinc concentration in API oils.

Ferner says that its latest API/SM blended oil is suitable even for older muscle car engine applications. According to Ferner, the clincher is that these oils are only acceptable if the engine has remained at factory specifications, meaning no hot cams. He says that there are a few “in between” oils available from Pennzoil that are API rated but with higher levels of wear protection. “Only the latest ILSAC fuel economy oils require the lower zinc levels, such as the 5W30s and 10W30s,” says Ferner. 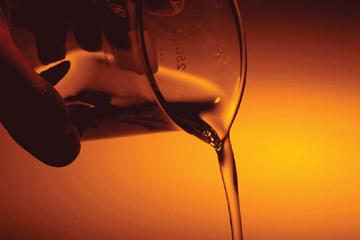 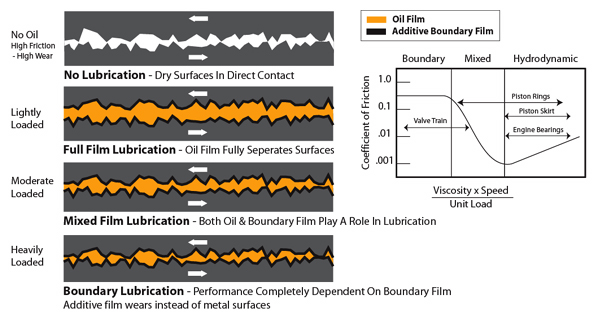 For more information on racing oil suppliers and manufacturers visit click on the Buyers Guide tab.

Performance Oils and Additives: Got Zinc?