The huge sport compact enthusiast books suffered a 30-40 percent decline in circulation and even NOPI, the premiere sport compact event organization, has cancelled upcoming events this year. It was like someone just turned out the lights. And that was okay with me because I was sick and tired of slammed Hondas with clear taillight lenses and fart cans pulling along side at a stoplight and revving their engines.

Though smaller, the sport compact market seems to be moving in a more serious and positive direction. A lot of activity is centered on the Subaru WRXs, Mitsubishi EVOs and Nissan 350 Zs. This is a close-knit group of enthusiasts that congregate on dedicated web forums and seek out shops that specialize in modifying their brand of vehicle.

These vehicles are true performance cars from the factory, and the majority of their owners are content with upgrading the base performance with tuning, bigger turbos and other bolt-ons. However, many of these cars are now three or four years old and showing up on the used market at very reasonable prices. These cars are ripe for total engine builds, especially for those enthusiasts who are looking for 400-plus horsepower.

Sport Compacts For the Masses

So why should you as an engine builder be concerned with the sport compact market, especially with its reputation for neon and bolt-on hype? The reason is the “perfect storm” is about to strike. With $150-per-barrel oil, record credit card debt and declining home equity, many of us V8 performance enthusiasts will be forced into a high-mileage, used compact. And guess what? It will need a rebuild, probably sooner than later.

For us diehards weaned on big-block V8s, we only have to look at what Europeans drive to see where we are headed. Fuel has been $5.00-plus per gallon for years and has just exceeded $11 per gallon in the Netherlands. Much of the world drives 1.0-1.8L four bangers and advanced small diesels. It may take a couple of years, but my prediction is that we in the U.S. will follow suit.

Is that something to be depressed about? Perhaps surprisingly, I don’t think so – as long as we understand what this will mean to the performance market. The incredible performances attained by sport compact racers on the track will spill over onto the street.

However, I believe that it will be different from the traditional V8 market in a few ways. The typical exhaust, intake, cam and throttle body bolt-on upgrades just won’t satisfy us V8 converts. Going from 130hp to 170hp is simply not going to excite this group, and the perceived value in making these modifications just isn’t there.

Not only that, the point of switching to a smaller car is better fuel efficiency. Power on demand makes more sense. I predict that the backbone of this market will be power-adder driven – turbochargers, superchargers, nitrous or a combination of these.

A perfect example already exists. Though not a sport compact, there is an odd group of enthusiasts who are modifying front-wheel-drive, four-cylinder Chrysler minivans. Yup, four-banger minivans! Before you scoff at this concept, consider that most of these guys run solid 12-second ETs, and one of the group runs deep into the 11s. Go to www.turbominivan.com and check it out.

You’ll find that most of these guys are running low-tech, two-valve 2.5L Chrysler turbo motors, a hybrid turbo at 20-plus pounds of boost, a huge intercooler, methanol injection and sometimes an additional shot of nitrous. These minivans not only survive the track, many owners dial the boost back during the week and use the vehicle as intended – as a minivan.

One of the great advantages of front- or all-wheel-drive is the ability to take virtually all of the power you can dish out. In the early days of import drag racing many of the quicker turbo Honda Civics were making about 800hp and putting the power to the track through the stock transaxle. The weakest link seemed to be the stub axles and CV joints.

Try to put that kind of power through an old Borg Warner T10 or Saginaw four-speed in a RWD domestic, and you were asking for trouble. This means that your potential customer will need only to upgrade to a stronger clutch or performance torque converter, but the basic transaxle will hold up to a pretty stout motor.

The same holds true on the domestic side, too. I drove a 604hp Quad Four Olds Cutlass at Bonneville that had a totally stock transaxle, and it held up perfectly.

If a few backyard hot rodders can coax 12-second performance out of a 3,600-pound minivan, consider what’s possible in a 2,600-pound compact. But before someone puts 10-20psi of boost to a worn out engine, it’s going to need a good rebuild – and that’s where you come in. Building up a small-displacement four-banger is similar in many ways to your typical V8, but there are several areas of engine prep that require special attention.

We contacted a couple of the top high performance engine facilities, ERL Performance in New Albany, IN, and AMS Performance in West Chicago, IL, to get a few tips to pass on to the general engine building community.

ERL Performance is a high-tech machining facility that caters to a select group of engine builders and dealers. They specialize in a patented process that converts open deck Hondas to closed decks. They also lay claim to the world’s record holding, all-motor  “Drag Cartel” Civic that runs 9.18 @ 148mph at 1700-pounds.

AMS Performance specializes in Mitsubishi EVOs and Subaru WRXs, but they will work on virtually any performance import that comes through the door. AMS builds its own specialized components and has the distinction of campaigning the world’s quickest and fastest EVO VIII that puts 1,130 hp to the wheels (from 2.1L!) and runs 8.56 @ 171 mph.

The first warning from our sport compact experts is that the clearances on small four-cylinder engines (especially aluminum blocks) are extremely critical. Sean Ragains from ERL Performance cautions that while you can check the clearances with Plasti-gauge, don’t plan on the engine lasting very long. These engines require extremely precise measuring methods and machining clearances if you expect them to provide a long service life.

One of the biggest shortcomings with four-cylinder Hondas are the blocks are cast with an open deck and Siamese cylinder liners. While this is okay for a production car, the cylinders do not have enough support at the top for high power levels, and the uneven cooling with the Siamese cylinders leads to bore distortion and lost power.

ERL solves these issues with its patented process called the ERL Superdeck System. Many Honda engine builders “plug” the open deck with universal plates that often aggravate the problem by actually deflecting the bores when they install the deck plate. ERL’s Super Deck process begins by CNC machining the block for new Darton sleeves and its very precise Super Deck that registers on this newly machined surface and the new Darton sleeves.

ERL’s Super Deck is machined out of aluminum and helps transfer heat away from the bores, and has cooling passages strategically placed for proper coolant flow. The blocks are then decked, bored and align honed in a climate-controlled environment so that everything is perfectly straight, round and square.

Ragains points out that most machine shops should not attempt this without the proper equipment – throwing a block on the old Bridgeport just isn’t going to work. “We spent a lot of time and money discovering what not to do, and now our process yields excellent results,” he explains.

The point is, anyone attempting serious four-cylinder work should do so in a temperature-controlled environment. Otherwise, these precise clearances mean very little.

The next important consideration in building a high-performance sport compact engine is to specialize in just one or two brands; or at least make sure you understand the engine “families” and their inherent design weaknesses. AMS Performance is one of those companies that will work on almost anything, but they specialize in Mitsubishi EVOs and Subaru WRXs.

AMS’s Tim Salefski says that there are some big differences in the Mitsubishi 4G63 2.0L blocks. The ’89- ’92-1/2 six-bolt crank (flywheel attachment) cast iron blocks were stronger and had the ability to resist crank walk and thrust bearing failure. The ’92-1/2 -’97 motors were prone to thrust bearing failure, but the factory solved the problem in ’98 and later blocks.

Other things to be considered when working on Mitsu EVOs are the various year-to-year changes. The EVO VIII had a 5-speed gearbox, the EVO VIX switched to a stronger, 6-speed and variable valve timing, and the EVO X changed over to an aluminum block.

What if you’re not currently rebuilding four-bangers, how do you find out about these potential problems without learning through trial and error? One of the best ways is to start spending time on forums that address the types of engines you are interested in building.

We all know that there is a bunch of time-wasting BS on some forums, but others can be very worthwhile with people offering their years of experience to help out newcomers. When the same problems or questions keep popping up, there’s a good chance that this is a potential problem area in the engine that deserves some more research.

ERL’s Ragains suggests that the forums like Honda-Tech.com and K20A.org are really driving the Honda market. The Honda engine is the equivalent of the small-block Chevy on the domestic side. It has been modified and raced for years. However, the venerable B18 is being replaced as the engine of choice by the K20 and K24 engines that have more displacement and produce better results when modified.

Another weakness ERL has discovered after racing the K-motors is that the factory oil pump is inadequate for high performance – it cavitates, resulting in spun bearings. They retrofit RSX oil pumps for moderate performance engines, and S2000 pumps for the high-revving stuff.

In case you are not familiar with the Honda family tree the K-motors appeared about 2003 and were available as the K20 (2.0L) in the RSX, and as the K24 (2.4L) in the Accord and CRV. Sean said that the great thing about Honda engines is the interchangeability into different chassis. There are companies such as Hasport and Hybrid Racing that offer swap kits to mate the Honda engine and chassis of your choice.

The final point made by both Sean and Tim is that you have to really know your parts suppliers when it comes to the imports. In many cases they recommend using O.E. parts because the quality, and quality control are just better. Most turbocharged import engines can take 250-350hp if the boost is limited to 10psi  with no major internal modifications. Some engines like the Subaru Boxer have an Achilles heel – a tendency to break ring lands if the tuning is too aggressive. For those applications and for customers running turbos, superchargers or nitrous, a good set of aftermarket rods and forged pistons is a wise investment.

AMS’s Tim Salefski had this final advice to offer, “When we provide a turbo upgrade kit for a customer, we pay special attention to all of the details such as the fuel delivery system, knock sensors and the tuning. For our extreme engines we use an Apexi AFC or AEM stand alone EMS to get the calibration we need.” When you are making huge demands on just four cylinders there is little room for error or oversight in the tuning department.

We want to thank Tim and Sean for their insight into this increasingly important segment of engine building. Whether you know it or not, four-cylinder sport compact performance is becoming mainstream. Those engine shops willing to embrace this trend have a bright future. 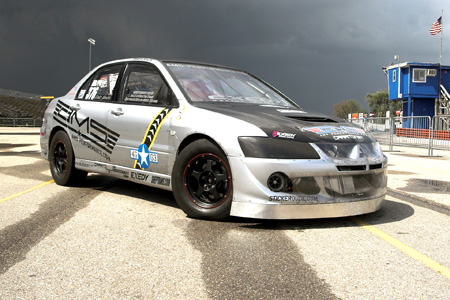 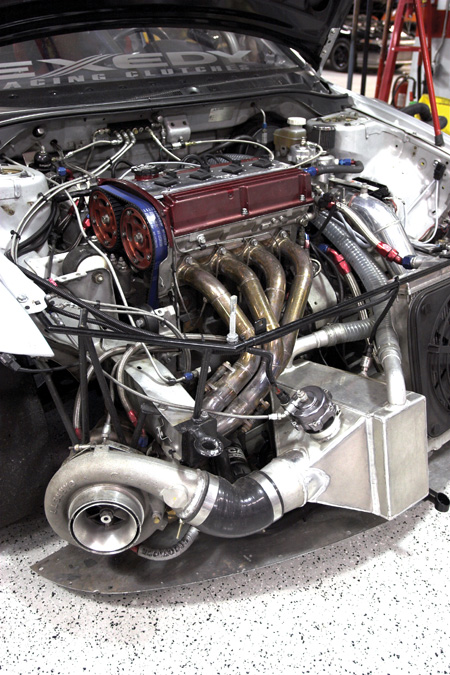 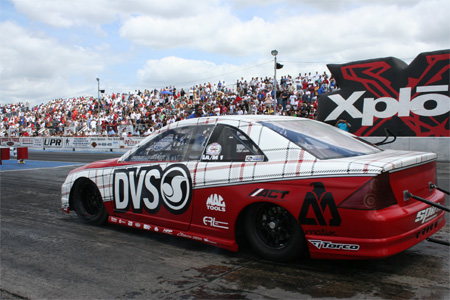 Get Ready For The Perfect Storm