Six-cylinder engines, however, remain largely unchanged, a shift
more noticeable as more powerful compact engines replace outdated
larger ones throughout the entire range. Considering the market shares
of vehicles sold in 2008, the scenario is likely to be even more
exaggerated.

Compact vehicles are now beginning to erode the dominance of their
midsized counterparts as consumers look to smaller, lighter and
generally more affordable vehicles. Influence not only comes from
economic circumstances, but also from more contemporary offerings of
attractive technology in this segment. Engines are becoming more
powerful while improving efficiency.

The trend toward smaller engines has been noted in Ward’s 10 Best Engines competition, in which Ward’s
editors vote on the best contemporary engine designs, which includes 13
four-cylinder nominees – twice what it was 10 years ago. V8 engines nominated for this year’s award has been cut by more than half,
just four options versus nine choices a decade ago. Six-cylinder
options remain the largest eligible grouping.

For the magazine’s 2009 competition, there are eight forced
induction candidates, along with three hybrid systems and three
diesels, all meeting 50-state emissions requirements. 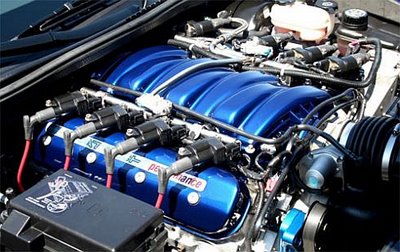 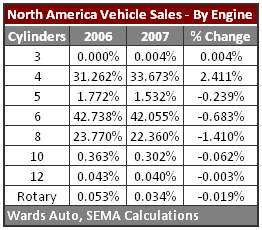 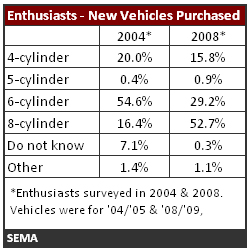