I recently attended the NASCAR Sprint Media Tour hosted by Lowe’s Motor Speedway spending the better part of a week seeing what and who are new for the upcoming racing season. For we writers who are actually gearheads, the highlight was Ford’s new motor, the FR9. It’s already received the green flag from NASCAR and is the latest motor in the cycle of new ones that have come quickly since the Chevy R07 that came out in 2007. 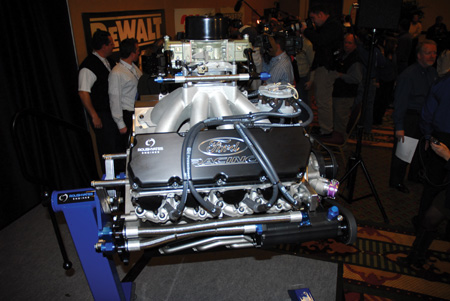