This information applies to all U.S. BMW engines since 1978. Determination of engine information on displacement size, country version, fuel system, revision state and engine serial number from codes is stamped on engine block.

Various codes may be stamped into the engine block. These codes represent:

A series production engine will have an eight-digit engine number consisting of two groups of four digits. The 1st block contains 4 digits with information on the assembly line and serial number of engines produced daily. The 2nd block shows the factory code and day of production.

In addition to the eight digit engine number, an engine designation code is stamped in series production engines for model indentification. The decoding of these numbers can be accomplished using Chart 1.

Note: These production engine designation codes are different from the codes of new/remanufactured engines obtained from the parts dept. and should not be confused with them. This code (see below) provides information on displacement, number of cylinders, fuel system, change status and country version of engines installed during production:

Hyphens and dashes are not die-stamped in the sequence, e.g.

After grinding off the numbers for the original engine data, information for the remanufactured engine is now die-stamped in the same position as for new engine identification.

Similar to series production engines, the 8-digit engine number also consists of 2 blocks of 4 digits, but stand for different data:

• The 1 st block of 4 digits provides information on the serial number of engines produced daily.

• The 2nd block contains a code for either a remanufactured or for a new engine as well as the month and year of production.

The decoding of these numbers can be accomplished using Chart 2 for U.S. version engines. This decoding identifies the specific part number of the engine.

Some or all of this information was provided by the Automotive
Parts Remanufacturers Association (APRA). For more information on
technical bulletins available through APRA call 703-968-2772 or visit www.AutoBulletins.com. 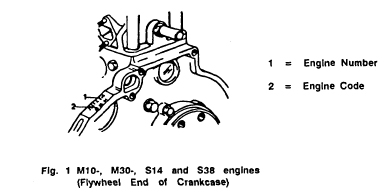 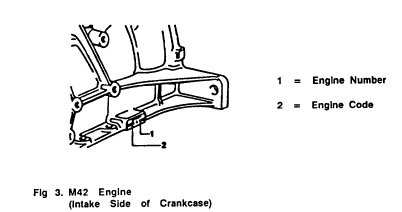 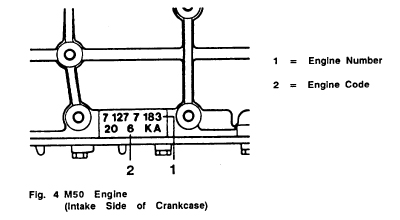 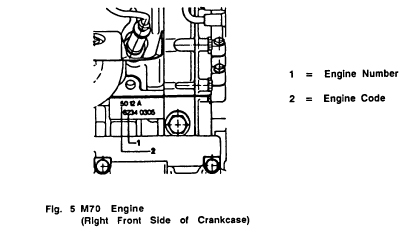 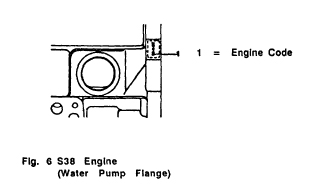 MERA to Hold Remanufacturing and Sustainability Conference on Oct. 2