Several plans are currently being debated in the public forum in an attempt to find a way to reduce greenhouse gas emissions. Most of these concepts have been debated for years – setting higher mileage standards, implementing advanced technologies, and passing “cash for clunkers” legislation. The head of one of the country’s largest engine parts distribution groups says one simple, quicker and less costly idea is starting to gain more attention – professionally rebuilding worn-out and inefficient engines of the millions of older cars and trucks now on the road. 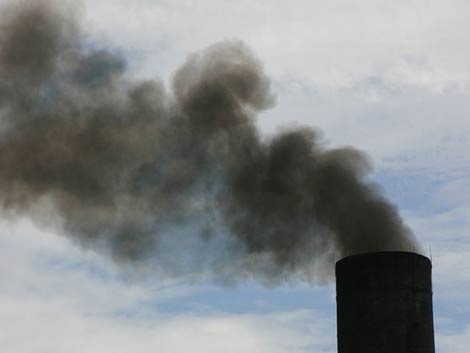 The president of Engine Parts Group, Inc., Thomas Hobson, says that the 25,000 independent shops that make up the U.S. engine rebuilding industry have been restoring auto power plants to original specs for decades and are now beginning to be recognized for their “green” contributions. “We hear a lot of talk about various ideas to reduce emissions, but policy makers and the public are starting to realize that the rebuilding of older engines may represent one of the fastest, cheapest and least wasteful ways to reduce automobile emissions.”

Hobson agrees that there is little argument that increasing new vehicle mileage (CAFE) standards would reduce fuel use – eventually. He points out that those standards have barely budged since the 1980s and there have been very few fuel saving technologies introduced in new vehicles over the last decade. Hobson says, “With more than 250-million vehicles on the road and people holding onto their cars longer, it would take years to have a real impact on the environment. By professionally rebuilding older engines, making them tighter and more efficient, we’d be able to make the vast fleet of older vehicles consume less fuel and emit less pollution very quickly.”

Hobson also suggests taking a closer look at the “cash for clunkers” programs that have been getting state and national consideration. “I think it’s a good idea to address the problem of having so many polluting and inefficient vehicles on the road, but replacing them with new cars may not be the answer,” says Hobson. “I’ve seen reports that fully one-third of the total environmental damage caused by automobiles occurs before they are sold and driven. Car manufacturing consumes huge amounts of energy and raw materials, and generates a lot of waste. Hobson says that rebuilding the engines of vehicles to keep them on the road longer is an environmentally friendlier option compared to replacing them with new vehicles. A 2006 National Highway Transportation Safety Administration report shows that it would take 16 years for 90% of the vehicles currently on the road to be replaced. Restoring older engines to peak efficiency would reduce emissions faster, more cheaply and with almost no waste. The engine block can be reconditioned to like-new standards while worn out engine parts are replaced with new or better replacement parts.

The U.S. Department of Energy’s fuel efficiency website shows that the simple act of keeping an engine properly tuned can save up to 165 gallons of gas per year. Checking spark plugs, oxygen sensors, air filters, hoses and belts are a few examples of maintenance that can result in potential savings of more than $400. Hobson says a complete professional engine rebuild would save that, and much more by restoring engine efficiency to original specs.

Another good source for more details on the cost savings, performance and environmental benefits of remanufactured and rebuilt engines can be found on the Engine Repower Council Web site at www.enginerepower.org.

Chassis vs Engine Dyno
Connect with us