Consumers are spending less and expecting more. In the third quarter of
2008, U.S. consumer spending fell by 3.1 percent, the steepest decline
since 1980. Concurrently, customer satisfaction is suffering. For the
past 18 months, the American Customer Satisfaction Index (ACSI) has
also decreased. 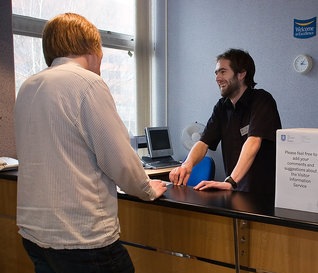 The companies that will survive are the ones that engage their
customers. Recently, PeopleMetrics issued its 2009 Most Engaged
Customers Study. Focusing on aspects of customer engagement, the report
ranked the top-performing companies.

The study found "higher levels of customer engagement have a positive
impact on the [desired customer] behaviors." Conversely, disengagement
has the reverse effect.

Specifically, a fully engaged customer recommends a brand nearly four
times more often than does an ambivalent customer. By contrast, an
actively disengaged customer will tell an average of three people "to
avoid a company and its services."

"A fully engaged customer visits that company’s Web site twice as often
as an actively disengaged customer and makes three times as many online
purchases," the study states.

Regrettably, engaging customers is more difficult now than in the past.
Across the brands that were assessed in both 2008 and 2009, nearly half
(13/27) experienced a significant drop in engagement levels (59 to 50
percent).

The brands found to be the best at customer engagement in rank order
were Ritz-Carlton, Google, The Four Seasons, Netflix.com, Cartier,
Armani, Newegg.com, Wegman’s Food Market, Coach and Costco. Three
stand-out employers on the list are noted for being employee-centered
organizations: Ritz-Carlton, Wegman’s, and Costco. These employers put
workers "firmly in the center of their service and business strategy."
Essentially, the winning industries have more reliable service delivery
than the lower performing industries.

The big winners in increased engagement were Wal-Mart (14 points) and
RadioShack (12 points). In today’s economic climate, "getting greater
value for one’s depleting dollars is paramount."

Our forecast is that organizations that take care of their employees
during this dangerous period will emerge from this contracted economy
with a higher market share and a greater ability to recruit top talent.