Eve Lerman, International Trade Specialist with the U.S. Dept. of Commerce, will address the topic of "Emerging Markets and How We Can Expand Sales in 80 Countries" during the 64th Annual PERA Fall Conference, September 24-26 in Savannah, GA. The session will be part of the morning technical meetings on Friday, September 25, and thanks to her extensive background, training and experience in international trade as well as international law, this session alone will be worth the price of admission.

Eve Lerman assumed the position of International Trade Specialist with the US Department of Commerce, US Commercial Service on November 6, 2000.  She is assigned to the US Export Assistance Center in Pontiac, Michigan

Ms. Lerman earned a degree in history (BA, 1981), graduating with highest honors from Wayne State University in Detroit, MI. where she was a member of the fencing team.  She earned her Juris Doctor (JD, 1986) from the University of Michigan Law School in Ann Arbor, MI and a Masters in Law (LL.M., 1987) in “Comparative, European and International Law” from the European University Institute in Florence, Italy.

Immediately after graduation she clerked for the President of the Italian Constitutional Court in Rome, Italy doing comparative research on American constitutional law issues.  She spent 1 year with a humanitarian relief agency as recipient of the Goldman Fellowship, then worked 4 years as an associate for the law firm Forrester Norall & Sutton (now White & Case) in Brussels, Belgium; there she advised multinational companies on European Union and international trade law matters. Prior to joining the US Commerce Department, she spent 1 year handling international projects as a Senior Attorney with Kellogg Corporation in Battle Creek, MI.

Ms. Lerman was recognized as winner of the “Director General’s Award – Innovation” in 2007 for her innovative work as Automotive Team Leader in the US Commercial Service.  She has consistently performed at high levels within the US Commercial Service, in 2008 receiving a near perfect performance rating.  She won the “Goldman Fellowship” for international rescue & relief work, awarded by the American Joint Distribution Committee in 1986, and was awarded a 1984 “Bates Fellowship” by the University of Michigan Law School for overseas legal studies.  Ms. Lerman was elected to Phi Beta Kappa upon her graduation from Wayne State University.  She is a member of the State Bar of Michigan and currently serves as a Council Member of the “International Law Section.”

Ms. Lerman spent nearly 7 years outside the U.S. between 1984 and 1994, including 4 years as an attorney in Brussels, 1 year and 4 months at the European University Institute in Florence, 6 months clerking at the Italian Constitutional Court in Rome, and 1 year split between the Paris and Jerusalem offices of the American Joint Distribution Committee. 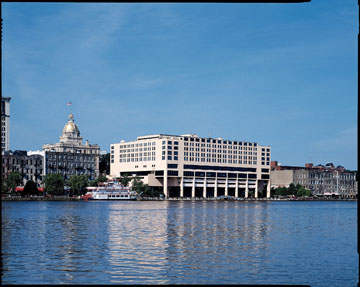 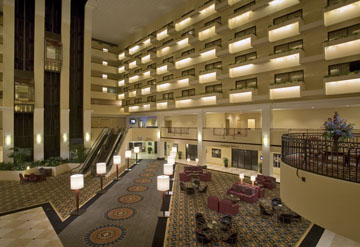 The 64th Annual PERA Fall Conference
will be held at the Hyatt Regency Savannah on the Historic Riverfront.
For more information or to register for the conference, visit www.pera.org, or call Nancie Boland at 417-998-5057.

This webinar contains vital information that will affect most everyone in the industry. Beginning in January 2014, many individuals will be required to have minimum essential health insurance coverage or pay a penalty (an individual mandate). Certain employers with more than 50 full-time equivalents that do not offer qualified health insurance, or offer unaffordable coverage,

Each year AETCbrings together engine builders, racers, engineers and media members from around the world to exchange information on the day’s most popular engine-building topics. In an effort to make information about the conference even more accessible, AETChas recently launched an updated, easy-to-navigate website. Related Articles – IMSC Receives Legislative Approval of Motorsports Initiative –