In the tough economy we are facing today, many of us are concerned with generating sufficient business to keep the doors open, often at the expense of anything else. Are you so busy worrying about today that you’re not thinking about the future? Let me try to give you an idea about having the best of both worlds – helping keep the doors open today and into the future.

Motorsports is one of the brighter spots in today’s economy. Most of the shops I have visited and talked with are extremely busy and have been all year; some are enjoying their best years ever. If for no other reason that is one good reason for you to get into performance work.

But there is another, maybe better reason to look into performance engine work: it could ensure the future of your shop. For the most part, motorsports is a family endeavor for most competitors. At the racetrack, you will see Mom, Dad and the kids working side-by-side to put their team in the winner circle.

Even teenagers who don’t want to be seen with Mom and Dad in many other parts of life, will be right there enjoying the sport. While other teenagers would rather be running around with their friends, the kids in the motorsports community would rather be at the racetrack. Of course, many of their friends are at the racetrack too, particularly if they’ve grown up in the sport.

Just look at the four generation’s of Pettys, three generations of Andrettis or Jarretts. How about John Force or Kenny Bernstein. Motorsports is a place where sons – and now daughters – follow in Father’s footsteps and it happens thousands of times every weekend throughout this country.

When these “kids” become fathers and grandfathers, where do you think they will take their performance work? If you have been a successful part of their family’s history, you can bet that they will continue to use your services. In fact, if they’ve grown up alongside you and your family at the track or shop, it will be a bond that will be hard to break. Yes, we also know that sons and daughters also follow in Dad’s footsteps in our business too.

Did you ever wonder why McDonald’s builds a “Playland” at many of its restaurants? Well, it could be, of course, that they are simply trying to get the kids to nag mom and dad into taking them to McDonald’s. However, Ronald isn’t quite that shortsighted. Where do you think those kids are going to eat when they are adults and where do you think they will take their kids when they become parents? McDonald’s is building its future today.

We all hear about the Pettys and the Andrettis, but they are just a microcosm of the daily life of families involved in motorsports. Benny Rapp was a racer who is well known in the open wheel world, particularly in the Midwest. Rapp had a career that spanned seven different decades before he retired at age 72. An impressive career, certainly, especially when you consider that he won races in each of those seven decades. During those 50-plus years in motorsports, he raced against many sons and grandsons of men that he competed against at the beginning of his career. That is the way of motorsports.

While many of the teams in the top echelon of motorsports have their own shops, they are just a small tip of the iceberg, while they may get the most media coverage; the vast majority of competitors in motorsports are the weekend warriors who rely on shops just like yours and have been doing so for generations.

How many shops in our business can claim to have been successful for 25, 40, and 50 years or more? According the latest Engine Builder magazine Machine Shop Market Profile, the national average for the number of years a shop has been in business was 27.9 years – a positive aging trend we’ve watched for the past few  years.

Motorsports is a way that could ensure that your shop is around not just for your children’s future, but also for your grandchildren and beyond.

Jim Walbolt, a professional writer and photographer covering motorsports activities, is from Custar, OH, and can be reached by email at [email protected]. 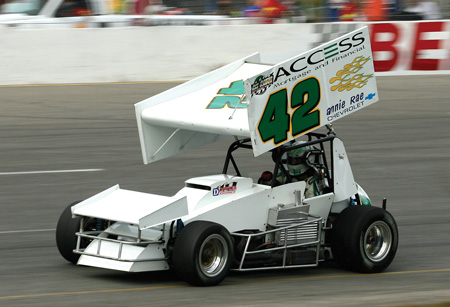 Where Will Your Next Generation Of Customers Be Coming From?