As American consumers shift their
buying behavior toward more fuel-efficient vehicles, turbocharging –
already in use by roughly half of new vehicles in Europe – has emerged
as the engine technology U.S. consumers "didn’t know they wanted."

In a study of U.S. consumers released recently by Honeywell, more than
half of those who plan to purchase a vehicle in the next two years
believe fuel efficiency is more important than it was during their last
vehicle purchase. The study also found that more than 80 percent of
American consumers were more likely to consider purchasing a
turbocharged vehicle after learning that the readily available
turbocharger helps to increase the fuel efficiency of a gas engine by
up to 20 percent without sacrificing performance or reliability.

While Americans’ prioritization of fuel efficiency is new, their actual
purchase preferences are not. According to the Department of
Transportation, nine out of the 10 most popular vehicles purchased in
the recent ‘Cash for Clunkers’ program were equipped with smaller and
more fuel-efficient versions of conventional technology engines.

"The success of the ‘Cash for Clunkers’ program shows that a
consumer appetite exists for fuel-efficient options on traditional
engine platforms that don’t sacrifice the power, reliability and price
that Americans demand," said David Paja, vice president, marketing for
Honeywell Turbo Technologies. "For that reason, almost every major
automaker has announced plans to broadly introduce turbocharged engines
to the U.S. market in the coming years. We anticipate demand for gas
and diesel turbocharged engines in the U.S. market may increase from 5
percent today to 25 percent by 2014 and could top 85 percent by 2020." 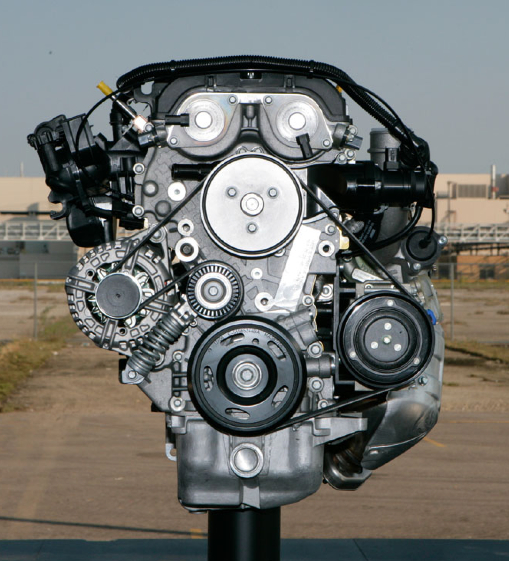 The Honeywell study showed that while 90 percent of Americans had heard
of turbochargers, just over half were familiar with the technology and
only 36 percent of those people said they would consider purchasing a
turbocharged vehicle. But that number jumped to more than 80 percent
when information was shared about the benefits of turbocharging.
Specifically:

Fuel efficiency, reliability and overall cost (compared to hybrid
engines) were the top reasons U.S. consumers would consider buying a
turbocharged vehicle. While 96 percent of Americans are familiar with
hybrid technology, 84 percent of those same consumers said they would
consider buying a turbo vehicle based on cost savings versus hybrids.
Nine in 10 U.S. consumers said they are more likely to consider buying
a turbocharged vehicle after learning it increases fuel efficiency of a
gas engine by up to 20 percent without sacrificing performance.
Eighty-four percent of Americans said they were more likely to consider
a turbocharged engine when told the engines have a proven reliability
track record and are now tested to last 150,000 miles or 10 years.

The survey was conducted during a one week period in August 2009.
Approximately 1,000 random telephone interviews took place across the
United States. Demographic weights were applied to ensure the sample
accurately reflected the total population of U.S. adults.