The Series 60 engine is an in-line 6 cylinder, with wet replaceable liners, overhead cam and electronic engine control. These engines are mostly used in class 8 trucks, but can also be found in industrial and generator applications as well as occasional marine applications. The Series 60 DDC diesel engine comes in 14.0L, 12.7L & 11.1L designs.

There have been a number of design changes to the 60 Series Detroit Diesel engine in the piston assemblies. Although the DDEC series indentifies the engine control type and not the piston design, generally speaking that breakdown is as follows:

1)  Commonly referred to as DDEC I , these “first” generation engines used articulated (2 pcs.) pistons with cast iron crowns, crosshead connecting  rods, and were not piston cooled.

2) Commonly referred to as DDEC II, these “second” generation engines used articulated (2 pcs.) pistons with cast iron crowns, and crosshead “rifle drilled” connecting rods. There were also bushings in the pin bosses of these piston crowns and they were piston cooled. These engines may be upgraded but only if the connecting rods are updated to “trunk” style and the cylinder blocks have piston cooling tubes.

3) Commonly referred to as DDEC III & Early IV, these third generation engines used articulated (2 pcs.) pistons with steel crowns and “rifle drilled” – trunk style connecting rods (pin goes through the eye of the connecting rod). There are no bushings in the pin bosses of these piston crowns. The cylinder kits for these engines include top liner cooled liners.

4) Commonly referred to as later DDEC IV and up, these fourth generation engines used one piece steel pistons and were released in 2003.

Piston Pins: Third generation engines have two different weight piston pins (heavy and light). Both piston pins are the same OD but differing ID bores. The heavy pin has a 0.86″ inside bore and the light pin has a 1.02″ inside bore. It seems that updating to the heavy piston pin is preferred, BUT this must be done in complete sets only. You cannot mix light and heavy pins in the same engine.

Compression Ratio: There are also two different compression ratios, 15.0:1 and 16.5:1. The most popular is the 16.5:1 with a 2.5mm Top Ring, which contains the  heavy piston pin. To use IPD cylinder kits, engines must have piston cooling jets (tubes) and rifle drilled “Trunk” style connecting rods.

Valve Cover and Pan Gaskets: The bearings and most gaskets are the same on the third generation engines with trunk style connecting rods and articulated pistons, but valve cover gaskets and pan gaskets may vary. The easiest way to tell them apart is by the color – grey or black. They are not interchangeable.

Hopefully this tech bulletin has given you some general working knowledge of the 60 series engines. The engines’ serial, model and type numbers will indentify the proper parts for the engine. 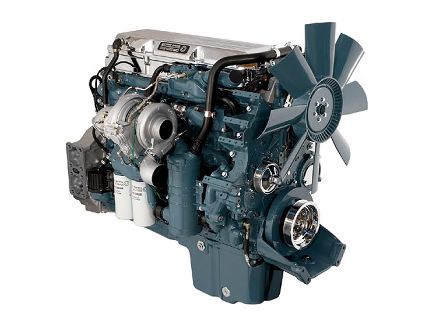 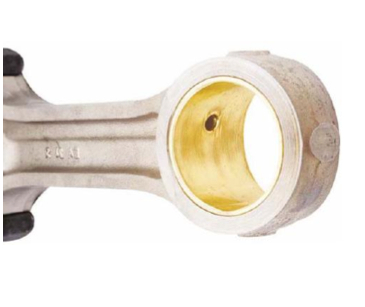 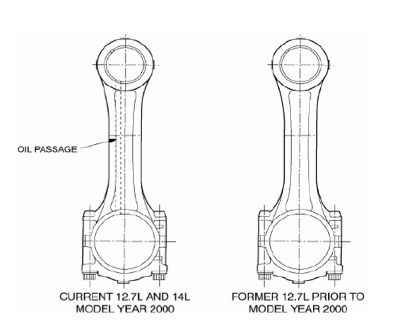