Justin Wanamaker’s name was the last one left as names of the other 19 top ten racers in point standings in both the Top ET and Modified classes were pulled from the hat on September 12, 2009 at the Fifth Annual IHRA Funny Car Nationals. Runners up received free racing fuel.

Engine Pro has announced that another racing engine will be given away next year at the Martin track. 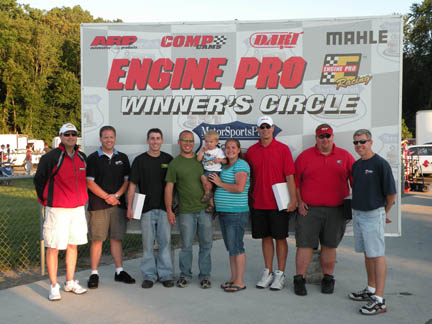