Traditionally, diesel engines are known for their long life, fuel economy and efficiency in getting large loads from place to place. Diesel engines are equal to gasoline engines in horsepower per cubic inch, and they have double the torque of gasoline engines and can achieve up to 40 percent better fuel economy, making them ideal for use in the “big rigs” that deliver goods across the United States.

The history of Rudolph Diesel’s invention is long and rich. He produced the first diesel engine in 1892 and a year later published a book titled: “Theory and Design of a Rational Thermal Engine to Replace the Steam Engine and the Combustion Engines Known Today.”

By 1893, Diesel’s prototype had run on its own for the first time. In 1896, after several years of tinkering and improvements, his next generation engine had achieved 75 percent efficiency, much greater than the 10 percent efficiency of steam engines at the time.

Although Diesel was nearly killed by his own engine when it exploded, it was the first engine that proved his theory that fuel could be ignited without a spark. He operated his first successful engine in 1897, and was finally granted patent #608,845 for his “internal combustion engine” in 1898.

Diesel engines have come a long way since their humble beginnings, and today most people think of “over-the-road” semis when you mention diesel. But despite this perception, anywhere a tough, efficient power source is needed, diesel engines are often chosen to handle the task. They are used in mining, oil fields, pipelines, electric and water plants and, of course, cars, trucks, ships and most heavy equipment. In fact, these days, diesel engines are used in virtually all off-road agricultural and construction equipment.

The ability of manufacturers to meet stringent emission standards with new technologies applied to the diesel engine is making these engines very attractive for a number of applications from passenger cars to helicopters, and everything in between.

New offerings from several manufacturers along with those on the drawing board promise a new era in diesel power. In Europe, 50 to 60 percent of passenger cars are diesel powered, however, in the United States that number is less than five percent. This number could be changing. Currently, Volkswagen is the only auto manufacturer in the U.S. market with a diesel passenger car offering. However, several manufacturers are  gearing up to produce diesels for this market, building on the popularity of the diesel powered light trucks from Ford, Dodge, and Chevrolet.

These days, the new generation of diesel engines are cleaner, quieter and much more consumer friendly than they have ever been. That bodes well for engine builders who wish to continue to work on diesel engines. Expect the diesel passenger car and light truck market in the United States to continue to grow.

In addition, diesel engines have evolved to meet consumer demands and to meet stricter emissions standards. To do this, manufacturers are attempting to get higher output from smaller engines. Typically, this means that engines are running hotter with tighter clearances and greater cylinder pressures.

Diesel piston design continues to evolve as well. While basic design has remained the same, new materials and manufacturing methods have been the critical component that has allowed pistons to survive the great stress requirements of these engines.

Steve Scott of IPD, a manufacturer of diesel engine parts for Caterpillar, Cummins and Detroit Diesel, says they been at the forefront of some of the new designs. “With engines today, manufacturers are looking for higher fuel efficiency and less emissions. The steel piston technology is how they are achieving part of it,” says Scott. “We have much higher peak pressures in diesel engines today. Aluminum pistons have quite a bit more thermal expansion than a steel piston, so a steel piston can be held to much tighter tolerances.”

In most cases, the combustion process of a diesel engine takes place in the “bowl” area on the top of the piston. These bowls come in all shapes and sizes, depending on the manufacturer and application. Today’s higher operating temperatures and cylinder pressures put a tremendous load on the pistons, particularly the crown.

Failure in the bowl rim area has been one of the concerns for manufacturers. Late last year, Federal-Mogul introduced their solution to this problem. The company has developed an innovative aluminum piston design that can reliably withstand the mechanical and thermal loads produced by heavily boosted engines, thereby enhancing diesel engine performance.

Federal-Mogul’s “DuraBowl” design strengthens the crown of a piston by locally re-melting the alloy around the bowl, significantly improving the fatigue strength of the aluminum where it is most needed. The result is an extension of engine life to between four and seven times that of a conventional cast piston.

Until this process was developed, Federal-Mogul says the best solution to this problem had been fiber-reinforced pistons. “Manufacturing fiber-reinforced pistons increases the complexity because the molten alloy has to infiltrate the fibers during casting,” says F-M’s Frank Doernenburg, director of technology, pistons and pins. “Furthermore, while there is not yet a reliable, non-destructive way to test the integrity of the finished part, with our DuraBowl process, we can do an Eddy Current test to ensure the quality.”

Yes, in 1936, the Junkers Aircraft Company in Germany produced a diesel engine for use in airplanes of the time. While the majority of these engines were produced for the Luftwaffe and German Air Force, some were also produced for Lufthansa, Germany’s National airline. For some reason, it gives me the shivers thinking about sitting in a plane with a diesel engine, although they were probably as safe as any engine of that time.

I was fascinated as I read about this engine. The Jumo 205 has six in-line cylinders and two crankshafts; one at the top and the other at the bottom of the cylinder block connected by gear wheels. This 2-Cycle diesel has two opposed pistons and two connecting rods in each cylinder so that the pistons move toward each other to create the compression stroke and away from each other on the power and exhaust stroke. It has no cylinder heads and the combustion chamber in each cylinder is formed between the crowns of the two pistons when they are at the tops of their strokes.

Amazingly, some 74 years later, a company called Ecomotors International (ecomotors.com) is developing an engine that is similar in design and operation. And while I was somewhat surprised at the use of diesel engines for aircraft use, it seems that this use is not as uncommon as I thought. In fact, Eurocopter, the largest manufacturer of helicopters in the world, has announced plans to have a diesel-powered helicopter within five years. One of the options they are looking at is the Ecomotors International engine. -JW

Several manufacturers, including IPD, have developed other piston design solutions. IPD was the first to market a two-piece articulated design that consisted of a steel crown and aluminum skirt. The piston pin holds the two pieces together.

While IPD first introduced its one-piece steel piston to the diesel market in 2009, the most recent version of this piston is for the Caterpillar 3500 series engine, and the company expects to release a piston for Cummins later this year.

Mahle also offers “standard” aluminum pistons for diesel applications, but they, too, have a two-piece articulated piston and a one-piece steel design.

The standard for passenger car diesel engines and the mid-range diesels is still the aluminum piston. And when rebuilding a diesel engine, it is important that you buy pistons that match the OE design. Using a piston that doesn’t meet the OE specs can cause you nothing but headaches.

Upgrading an engine to the latest technologies is also possible for many applications, but it is best to check with your manufacturer or distributor before attempting such upgrades. “A number of popular diesel engines can be updated,” says IPD’s Scott, “but it may require updating other components as well. That could include, but not be limited to; the cooling jets, possibly the washers underneath the injectors or possibly new injectors, so it isn’t always as simple as replacing one piston with a new one-piece steel piston.”

If you are looking to update an engine with any of these newer technologies, be sure to talk with your distributor. They can lead you in the right direction, and guide you in the process.

Many of these applications require very specific piston designs. “Improper compression height can cause sluggish running,” says Eric Miller of Mahle. “If you have a bowl that is not deep enough, you can have loss of power. We know there are pistons coming into the country that are combined into whole configurations so that one part can fit several applications. This can cause a host of problems.”

The key to a good rebuild if you are replacing the piston in a diesel engine is to use one that is manufactured to OE specifications to get the best performance and meet federal emission standards. This point can’t be stressed  enough, as every manufacturer has concluded.

Of course, that rule goes out the window if you are building an engine for a high performance application. Once you pass the 500 horsepower range, it’s time to start looking at forged pistons. For the everyday driver that dabbles in some type of competition, your choice of piston should be determined by the amount of power you plan on making, along with the maximum rpm you will be running.

When it comes to all out performance in truck and tractor pulling or drag racing, most of these use forged pistons that are generally available from aftermarket manufacturers including Arias, Ross, and Mahle. Except for a few cases, however, these pistons are custom machined by the engine builder for each particular application. A lot of development has gone into these designs that meet the needs of high performance diesel customers.

While most passenger and light truck diesels may see cylinder temperatures in the 400-700 degree F range, the top Super Stock diesel pulling tractors typically see temperatures in the 1,200-1,400 degree F range. A Super Stock diesel with four turbochargers and 200 psi-plus boost pressure will top out at around 2,500-2,800 hp. In pulling competition, these engines will regularly run at 6,000-8,000 rpm, depending on the class.

Performance like this requires custom designed components including the pistons. While piston cooling is also an important part of any diesel engine design, most stock diesel engines are cooled by engine oil applied to the underside of the piston in various ways. Competition pulling tractors and trucks, drag racing trucks and cars, all use some type of water injection to keep combustion chamber temperatures at a manageable level.

A Super Stock diesel pulling tractor, for instance, uses 3-5 gallons of water during one 300-ft., 12-second pass. And the water doesn’t actually cool the piston, it cools the air charge.

Using a Cummins B-Series diesel engine as its base powerplant, Scheid Diesel built a rear-engine dragster to prove the performance capabilities of diesel engines. In 2008, they set a record of nearly 240 mph and tripped the line at under 7 seconds on a quarter mile drag strip.

The old thoughts of a diesel being dirty, heavy, and slow are out the window. And today, many engineers are returning to the drawing board with thoughts of using a diesel engine in a variety of applications. These new uses should benefit those shops with experience in building and rebuilding diesel engines. 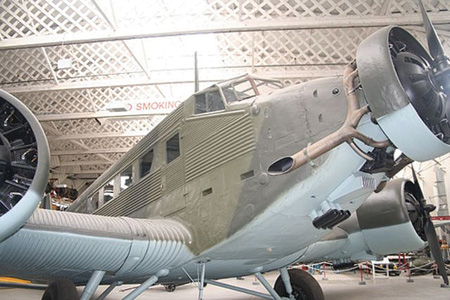 The Evolution of Diesel Piston Designs