The turbo was used on road tractors for years but I guess it was never really appreciated until it was introduced on mid-size trucks in the late ’80s. Up until that point, most of us knew only diesel engines without the use of a turbo.

I recall the diesel engines used in small cars and trucks as well as mid-size trucks were really weak, so in 1989, when the Dodge Ram came out with the Cummins turbo diesel, the public started taking note. It was amazing what a turbo could do for something that used to be so weak. This was the start of change for the manufacturers of mid-size diesel trucks. Soon others would follow and now it is standard option for all mid-size trucks with a diesel.

How does the use of a turbo make more power? It all has to do with air density, which is the mass per volume of the earth’s atmosphere (Figure 1). An engine is dependent on air in order to make power. If more air can be introduced into the engine the more power it will produce. The turbo takes the available air and compresses it into the cylinders, raising the air’s density.

Along with the increased use of the turbo has been the necessity of the intercooler. When the turbo is working, the air being compressed becomes hot. The intercooler is like a radiator and cools the compressed air before it enters the engine. This, in turn, raises the air’s density further.

There are two common types of intercoolers: air-to-air and water-to-air. For road use applications the air-to-air is commonly used. Water-to-air is more for racing: even though it cools more efficiently, it takes more components to introduce cool water into the system.

Let’s examine the parts of the turbo to explain how it works. A turbo has two housings: the exhaust and the intake. When the exhaust gasses leave the engine they enter the exhaust side of the turbo in what is known as the turbine housing. The turbine wheel consists of angled blades that are connected to a shaft.

In the aftermarket there are so many upgrades for turbos, especially on the mid-size diesel trucks. How do you determine which one is right for your application? One thing that is always a concern is boost, because people associate boost with power. While this may be true, determining the right turbo goes beyond how much boost you want to run. The first step is to find out how much horsepower you want to produce and make sure this is a realistic figure for the application.

When choosing to upgrade the turbo, we often leave this decision to the turbo manufacturer for our application. This is a good thing because the manufacturers have spent many hours and resources on developing their turbos, especially on production vehicles.

However, leaving the designs to the experts doesn’t mean you can’t learn more about what is going on inside the turbo and its effect in producing power (see Figure 2).

First, let’s consider the term “trim.” Trim refers to an area ratio between the turbine and compressor wheels. Since the blades of each wheel are spiral and fan shaped they have two diameters. These two diameters are known as the inducer and exducer. The inducer diameter is where the air enters the wheel, while the exducer diameter is where the air exits the wheel. However, pay attention because this is where it gets tricky!

This is the formula:

Whether it is the compressor or turbine wheel, the trim can affect performance by shifting the airflow capacity. A higher trim wheel ratio will, in turn, flow more than a lower one, but other factors will influence this so bigger isn’t always better.

Next is the term known as A/R (Area/ Radius). You can actually see this sometimes stamped on the manufacturer’s compressor housing. This is the equation that makes up the geometric shape of the compressor and turbine housings: it is the inlet cross-sectional area divided by the radius from the turbo centerline to the center of that area. It sounds confusing, I know, but (Figure 3) explains it. Changing the A/R in the compressor housing really doesn’t affect turbo performance and most manufacturers don’t offer A/R options for the compressor housings, anyway.

The turbine housing, on the other hand, is a different story. This is used to adjust the flow capacity of the turbine, which is what drives the turbine wheel to spin. A turbo with a larger A/R will have a slower rise in boost and operate at higher engine speeds while a lower A/R will have quicker boost rise but suffer from increased backpressure and not operate efficiently at higher engine speeds. Looking at A/R numbers you can usually see what the intended purpose is. If you have a turbo on your diesel with an A/R of .7, you can see that it was meant for great quick boost and street driving compared to if you installed a turbo with an A/R of 1.1.

In today’s mid-size diesel trucks, you may see a technology known as VGT, variable geometric turbo. This design allows the angle of the blades to change with engine speed. Manufacturers take the oil pressure used to lubricate the turbo and divert it to a solenoid mounted on the side of the turbo. The solenoid is controlled by the PCM. As engine speed rises the PCM will command the solenoid to open at a desired rate to change the geometry of the compressor blades. This is used to operate from no boost at idle to full boost at WOT. Manufacturers use this to help eliminate turbo lag and be more efficient. This way the compressor wheel in the turbo is not a fixed unit, and can change as the demand for boost changes.

Whether it has been used in normal or in towing applications, drivers should remember to let the engine cool down a little before shutting it down. When a hot turbo is simply shut off, heat soak begins. The heat from the head and the exhaust housing migrates to the center of the turbo. This is where the bearings are and this is the reason the turbo is fed with pressurized engine oil. A hot shut down can result in oil coking which, in turn, will damage the bearings of the turbo and can result in severe engine damage.

Many people who own diesels don’t realize the effects of hot shut down, especially when compared to a gasoline engine. One thing that turbo manufacturers have done to combat this problem is to use coolant from the radiator. So not only do you have oil to cool the bearings but also coolant from the radiator. So the coolant circulates to also help take the heat away in case the person who owns the diesel does not let it cool down.

Some aftermarket companies offer what is called a “turbo timer” that allows a driver to the ignition off, remove the key and lock the doors. The “turbo timer” will continue to let the engine run until the desired exhaust temperature is reached. At this time the engine will shut down and everything will return to normal.

Robert McDonald is owner of Atlantic Engines in
Granite Falls, NC, and specializes in high performance diesel and
gasoline engines and cylinder heads for street, marine, dirt and drag
racing. You can reach Bob at [email protected]
. 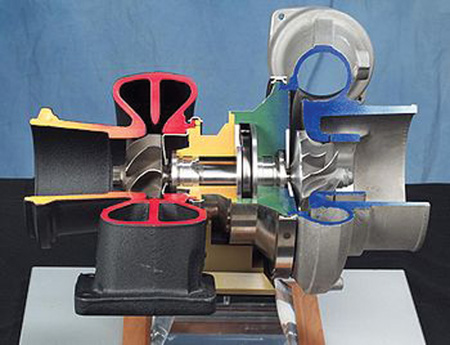 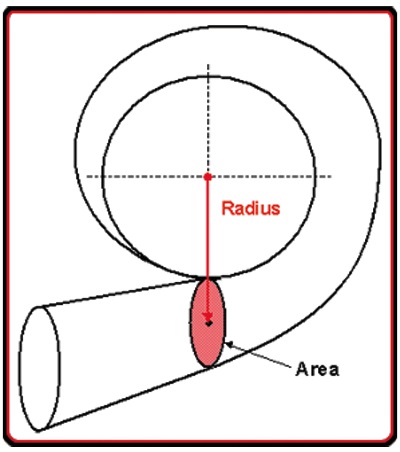