“These numbers can help the aftermarket better understand where the
greatest opportunities are currently occurring when it comes to repairs
and maintenance by vehicle make,” said Marty Miller, senior product
marketing manager for Experian Automotive’s AutoCount Vehicles in
Operation. “It’s important to note that even vehicles covered by
warranty still need aftermarket service, so you
can’t ignore those vehicles.”

Another finding from the latest vehicles in operation data reveals that
the “Detroit 3” automakers (GM, Ford and Chrysler) continue to lose
market share when it comes to the number of vehicles on the road.
According to Experian’s data, GM still reigns as the volume leader in
the United States, with 28.9 percent of all vehicles on the road.
However, this number is 0.6 percent down from the same time last year
(29.5 percent), or a total of 1.5 million fewer vehicles on the road
today than last year.

“This clearly demonstrates that aftermarket companies need to be able
to supply the parts and have the capability to perform service for
Japanese-, German- and Korean-brand vehicles,” Miller said. “Parts
manufacturers and retailers that focus solely on U.S.-brand vehicles
are missing out on a growing and lucrative opportunity.”

Other key findings in Experian’s just-released AutoCount Vehicles in Operation analysis for the second quarter of 2010 reveal:

• The number of vehicles in the “aftermarket sweet spot” has increased.
This segment comprises vehicles five to 10 years old (the age in which
they have the most parts replaced or serviced) and currently stands at
just under 90 million vehicles, which is up more than 400,000 vehicles
from this time last year. Approximately 81 percent of the U.S. vehicles
in operation exists within the first 15 model years, which is down from
82.4 percent over the same period last year.

The vehicles in operation data also reveals regional differences in
those who are driving full-size pickups. Full-size pickup trucks are
popular in the Plains states, with one in every three drivers in
Wyoming driving one (33.1 percent), followed by Montana (28.1 percent)
and North Dakota (27.3 percent). Conversely, full-size pickups are not
popular in the Northeast: Washington, D.C. (2.3 percent), New Jersey
(6.8 percent) and New York (7.7 percent). When it comes to volume,
Texas leads the way with 22 percent of its drivers owning a full-size
pickup — twice as high as California (11 percent).

For more information on Experian’s AutoCount Vehicles in Operation and
other products and services, visit www.experianautomotive.com. 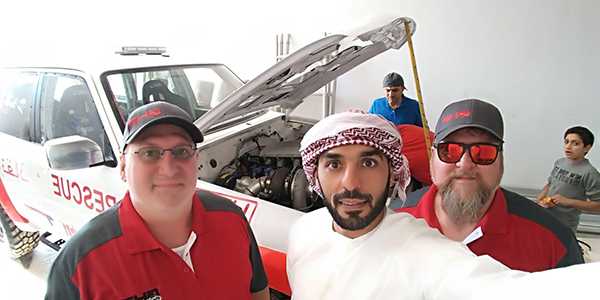