Ford has built the 4.6L motors in both the Romeo Engine Plant, located in Romeo, MI, and at the Windsor Engine Plant and the Essex Engine Plant, both located in Windsor, Ontario, Canada. The 4.6L has been offered in 2-valve SOHC, 3-valve SOHC and 4-valve DOHC versions. The engines were also offered with both aluminum and cast iron blocks, depending on application.

According to Engine Builder expert contributors Doug Anderson and Roy Berndt, the variations in engine block, cylinder head, front cover and internal engine components can be enough to keep you on your toes when you’re rebuilding one of these modular motors. Says Anderson, “Ford has made a lot of changes over the years, so building the right engine can be a challenge. In fact, if you include the front cover with the engine, there have been more than 10 short blocks and 20 long blocks used since 1991, so there’s plenty of room to make a mistake if you’re not paying attention.”

In the March 2006 issue of Engine Builder, contributing editor Doug Anderson wrote an in-depth article outlining the parts and procedures necessary to properly rebuild these engines for continued service. Anderson says since then this engine has remained popular and – except for additional appliactions – hasn’t really changed all that much. In fact, the 4.6L SOHC was named one of the 10 Best Engines by Wards for four consecutive years, from 2005 to 2008.

With the variety of components used on the multiple version of the SOHC version of the 4.6L, it may be difficult for you to know where you stand on price when it comes to rebuilding this engine. While you should never set your pricing directly based on what any of your competition does, it’s always helpful to understand the ballpark you’re playing in.

The charts begin below. In addition, the detailed chart on page 32 represents the national average, median and mode labor charges for all of the procedures covered in our survey.

Faithful readers of Engine Builder will recognize our admonition that knowing your costs is the only sure way to set your pricing. Your shop’s operational procedures may allow you to be more productive than these charts indicate. Conversely, you may find your costs are significantly higher than others in your same area. These discrepancies should not be seen as indicating that your costs are either too high or too low.

Instead, explains Bob Roberts, Market Research Manager for Babcox Research, they could indicate a variety of entirely appropriate things.

“Some shops may include certain operations while doing others,” says Roberts. “This may lead to a higher dollar amount charged. Additionally, some shops may have given us an ‘each’ price when we wanted ‘all’ or they may have included an ‘all’ when we asked ‘price each.’”

In some cases, we did not provide a regional breakdown for certain services listed in the overall chart on page 32 Roberts says while the overall results are statistically reliable, the way some respondents answered the question may have skewed certain numbers slightly.

“Some shops reported to us that they perform some repairs on a ‘time’ basis. We did not use a dollar-per-hour value if they provided it. A few shops price all their repairs on a ‘time’ basis. This is most common with welding repairs. Some shops do not perform all the operations listed and this leads to a smaller number of observations and thus a less reliable average,” Roberts says. However, he says “In all cases, the national average will be the most accurate figure.” 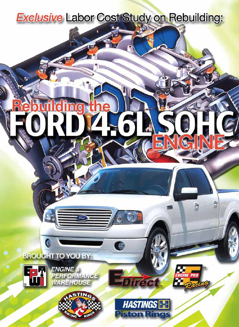