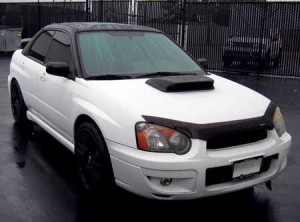 There have been many modifications to the stock WRX EJ205 engine since I began talking to Z Sport, and the testing that shows the performance capabilities of a car that can still be used for daily commuter use.

Balancing ultimate performance within legal parameters and practicality is what Z Sport (www.zsport.com) is all about. I spent several hours being shown their clean and well-equipped shop in Everett, WA. Manager Charles Damewood and Owner Gary Watts both were very helpful in explaining what it is that Z Sport does, and how their shop makes sure that the customer is happy with the final result.

The feature car for this article is a 2005 Subaru WRX. This car is the daily driver for Damewood, who manages the service department and ­coordinates all aspects of the company’s operations. As a test bed for modifications and performance products, this car has been through a number of stages for the past couple of years and, like most projects, there are still many other upgrades planned for the future.

There have been many modifications to the stock WRX EJ205 engine since I began talking to Z Sport, and the testing that shows the performance capabilities of a car that can still be used for daily commuter use.

The boxer engine in a Subaru is a different challenge for modifications. The design limits the amount of displacement that can be added, but a displacement increase can be accomplished by ­increasing the stroke, while the bore is limited to a cleanup or a change of the block.

Since there are some weaknesses in the 2.5L engine, Z Sport’s master technician and engine builder Mike Larsson decided to stay with the 2.0L base and increase displacement through the use of a 2.5L crankshaft. Mike says that the stock crankshaft is strong and suitable for a performance engine, but both the main and rod bearings in stock form are weak. This is not a place to use substandard parts and aftermarket parts are available to keep the lower end together. Aftermarket pistons and custom rods allow the use of the longer stroke crankshaft. All fasteners in this engine will be aftermarket premium parts.

With four valves per cylinder (two intake and two exhaust), breathing is OK once the ports are opened up slightly; 1mm oversize valves are being installed for an extra measure of air flow. Care should be taken to not get too carried away removing material from the ports and avoid polishing the intake ports for a street driven car, as the low-end performance will suffer.

The stock camshafts for the factory turbo engines are also well designed and don’t need to be replaced. A tuned header exhaust will be used to open up the exhaust for better breathing and high rpm flow.

The biggest improvement in horsepower will come from the Garrett turbocharger kit. The increased size of the turbo, with larger ­injectors and better flow through the cylinders, is expected to produce between 350 and 400 horsepower at the wheels.

Mike indicated that additional things to consider are upgrading the oiling system with the late-model oil pump and using only the multi-layer steel (MLS) head gaskets as specified by the manufacturer.

As the final tuning was being ­performed on the car after installation of the new WRX-based stroker engine, it was quickly learned that the engine was going to need some additional fuel and ignition modifications to fully utilize the engine’s power ­potential. On the first few dyno pulls, it was obvious that the fuel system was just not going to be able to keep up with demand.

To start, a dual fuel pump system, using two Walbro high-flow pumps (www.walbro.com) on a common bracket, inside the tank was fabricated to provide the additional fuel flow required. To handle the additional fuel flow, the system now includes an Aeromotive fuel filter (www.aeromotiveinc.com) relocated to the firewall to provide a mounting location for the Aeromotive adjustable fuel pressure regulator (set to stock pressure), now in the location of the factory filter.

Additionally, since the working parts were being changed for performance, it was obvious that a more precise engine management system would be needed. To fine-tune the fuel, ignition and boost components, several controllers and a change in fuel trim monitoring would be necessary.

Z Sport is equipped with a set of hub-mount ­Dynapack (www.dyna packusa.com) dynamometers that tuner Chuck Watts uses to dial in the engines after modification. This part of the performance modification is critical to getting maximum flexibility, driveability and even economy. This mobile dyno system is also a hit at local car events where participants can actually see what their own rig will do compared to others. These units attach directly to the hubs and use a hydraulic load brake system to accurately measure the power output.

The choice for fuel and ignition management is the Hydra Nemesis 2.6 from Element Tuning (www.elementtuning.com). This is a stand-alone ECU that uses speed/density as the basis for fuel adjustment, eliminating the restrictive MAF and ­replacing the standard O2 sensor with a wide-band type.

The system now relies on the O2 sensor, a specialized MAP sensor and intake air temp sensor to provide real-world data that the ECU can use to ­tailor the fuel and ignition to correctly match the ­demand. All tuning can be mapped out by the tuner in real time. The specialized MAP sensor is able to handle the high intake boost of the turbo. The stock ECU is no longer required to “back up” the Hydra unit, so communication problems common to “add-on” controllers are eliminated.

For boost control, a GReddy PRofec B spec 2 electronic controller is used for precise modulation of boost. With boost running near 30 psi, precise control is needed to prevent detonation and engine damage. An HKS blow-off valve is also incorporated to prevent overboost. Testing of these components as they are being installed, evaluated and chosen is what sets this project apart from the normal cut-and-try method.

Z Sport’s Dynapack gets a workout just about every day in the shop. For a project like this, the chassis dyno is the way to go. With the adjustability of just about every component, having a way of adjusting and testing without leaving the shop is invaluable.

The Dynapack system can be used on all drive types, rear- wheel, front-wheel or all-wheel drives. The system can provide data that can pinpoint engine and drivetrain conditions that influence the overall capabilities of the vehicle. In the past, making substantial ­repairs or replacements meant taking the car out on the road to test, often causing irreparable harm to new ­components or powerplants.

With the Dynapack system, there are no rollers or tie-downs needed. Hub-mounted power absorption units are used to collect the output under real-time conditions without the need to extrapolate information taking into account tire slip or rolling resistance.

The WRX was run on the Dyno before and after modification to get an idea of the baseline performance and modified output. There were literally hundreds of tests run as the ECU was tweaked to maintain proper fuel/air mixtures and boost levels for maximum power, while protecting the engine from excessive rich or lean conditions.

This car started out with slightly less than 200 actual wheel horsepower. This is true power available at the wheels after powertrain losses. This figure is the data that is important on the drag strip or road course, because actual ­vehicle performance has to take into ­account the powertrain loss. Published figures on the expected powertrain loss of a Subaru AWD car are estimated at a round figure of about 25%. This fits with the specifications of the 2005 Impreza WRX this car is based on, which lists an advertised horsepower of 227 (just under 250 in Japan).

As this car was being modified, each component added to the OE engine was evaluated. As testing proceeded and the engine got tired, the new engine was built to enhance the strength of the original engine and the ability to reach the ­ultimate in power output.

Bear in mind, however, that everything was being focused on a car that, while having twice the power of a stock car, is still needed to be available for getting ­groceries!

At this point in the evolution of the car, the “actual wheel horsepower” has been tested to a maximum of 431 horsepower. That would put the flywheel horsepower (adding in the horsepower lost in the drivetrain) at right around 540. This figure was reached at WOT and only about an 80% duty cycle at the injectors. The engine is capable of more, but that means there are more steps to take. Nothing about adding horsepower at this point is going to be easy.

Since this car is a complete package, every aspect of the build has had an influence on the overall project. During the dyno testing, weakness was found in the drivetrain (the transmission, in particular) and also the braking system which is now being expected to perform beyond the stock design limits. A 110-amp alternator has been installed to boost the operation of the electrical system.

Damewood is planning future modifications to the ­drivetrain to handle the current and potential power increases. This is just what separates Z Sport from some other modifiers who don’t always consider the whole package, and just want the highest power numbers, whatever the consequences.

The transmission is going to be rebuilt with different gear sets and most likely a change in the differential. Planned at this time are gears from Mfactory (www.teammfactory.com) and either a Quaife (www.quaife.co.uk) or Cusco differential.

As it stands, second gear in the stock trans is tired so attempting any more hard pulls is out of the question.

The previously installed aftermarket springs have been changed out for an Eibach set, but coilover units are also in the works to improve handling even more.

I will continue to watch the progress on this car, and the many others at Z Sport. They are ­always working on some kind of project, restoration or upgrade, whether it is a brand-­new Asian sports model, a vintage sports car with modern power or a street rod, with the heart of today’s best performance products. 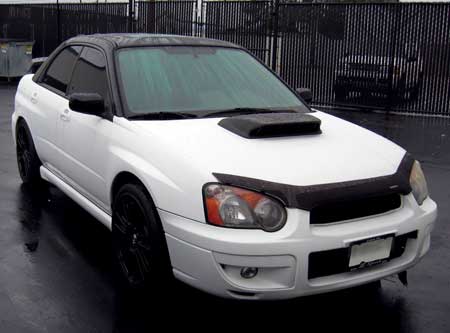