The racing oil community has been very busy this past year.  This is much more satisfying to an old “oilhead” who has seen years where there were no new racing oil developments.

This newly increased awareness of fluids technology has driven increased interest in how fluids applications and development can best benefit racers. Let me tell you about some of the fluids advancements I observed at this year’s IMIS Show.

Go-kart engines typically use a “dipper” oiling system (a small scoop on the bottom of the big end of the connecting rod) to provide oil to all the engine components. Thrashing of the oil by dippers can create oil foaming at higher rpms  (remember many of these engines were originally designed to turn no more than 2,500-3,000 rpms).

Foaming is due to air being trained in the oil, and those tiny air bubbles make the oil compressible even though oil itself isn’t compressible. If the oil compresses sufficiently, it can allow metal-to-metal contact of components in your customer’s engine.

Caterpillar once utilized a fuel injection system in which the unit injectors were activated by hydraulic pressure rather than mechanically by the camshaft lobes. This system used a very high pressure oil pump, which was prone to cavitation.

When Cat engines were brought down to idle from higher engine speeds, they often died because air-entrained oil couldn’t build sufficient pressure to activate (pop) the unit fuel injectors. Additive manufacturers developed a new breed of anti-foam additives used in higher concentrations to solve this problem.

At the IMIS show I observed that at least one racing oil marketer is now offering a go-kart racing oil that utilizes this technology. I would have never considered an off-shoot of heavy-duty diesel engine oil technology to have an application in go-kart racing. What an interesting and useful solution!

This same racing oil marketer has applied some of their racing/performance oil technology to the marine industry. Marine engines are operated in an environment where condensation and rust are continual problems. Those of you who have built marine racing engines are well aware of the problems condensation can cause. Let a little rust appear on highly stressed components like valve springs, and you can have a failure.

This marketer’s oil utilizes a vapor-phase rust inhibitor to protect engines that can be stored for considerable lengths of time. Applying this rust inhibitor technology to marine racing oils makes a lot of sense. Once again this is an interesting application of a seemingly unrelated technology.

More and more motorcycle engines are being used to power smaller race vehicles such as Legends and small formula cars. Of course most modern motorcycle engines use a wet, multi-disc clutch to maximize the horsepower they can handle in the least volume.

Wet clutches are much more efficient than dry clutches. However, the exotic friction modifiers used in racing oils to produce more horsepower by reducing frictional drag can cause a wet clutch to slip excessively or be slow to engage.

I noticed at least two suppliers who are now marketing 4-stroke motorcycle racing oils. One of these suppliers has eliminated friction modifiers from his formulation to maximize clutch “bite.” I didn’t get a chance to talk with the other supplier, but I’m assuming he did the same thing. It’s much better to give up the slight horsepower gain provided by friction modifiers to eliminate clutch slippage at inopportune moments on the race track.

I also spoke with one marketer about advances in synthetic racing oil chemistry. Synthetics traditionally can’t dissolve as much petroleum additive as mineral oils. Synthetic base stocks are usually blends of 1-3 distinct chemicals of limited solvency.

This lack of solvency has always been an issue with the development of very high performance synthetic oils. Mineral oils, on the other hand, are blends of over 100 distinct chemicals from those which are very viscous (heavy) to those which are almost as light as common solvents.

Recently, racing oil developers have discovered that by readjusting and tweaking the synthetic base stock component mix, they can develop synthetic racing oils that solubilize more additives. This allows them to utilize some additive chemistry which they were previously unable to keep in suspension in the oil.

Some of the more exotic ZDDPs and friction modifiers can now be utilized to reduce frictional losses even more and protect valve train components better.

Base stock manufacturers have begun to develop higher viscosity index (VI) synthetic base oils to enable the oil formulator to formulate fluids with wide multigrade spans without containing large amounts of VI improvers for improved shear and thermal stability. Viscosity index improvers are one of the weak links in motor oils.

At high temperatures they can shear down and provide less wear protection than you were counting on. An SAE 20 grade oil can shear down to as low as SAE 10 grade under high engine speeds and temperatures. The new synthetics are much better for use in racing oils.

More and more racing oil marketers are offering break-in oils. For many years European heavy-duty diesel engine oils were the most highly compounded (highest additive content) oils on earth. Several European diesel engine builders insisted on being supplied with a lesser compounded oil so they could break the engines in quickly.

Highly compounded oils were inhibiting wear on the cylinder liners preventing the rings from seating quickly. The English call this “bedding in the rings.” Break-in oils, first utilized by Mercedes-Benz, solved their problem.

We are now experiencing the same phenomenon with racing oils. Some highly compounded, super slick, synthetic formulations are so efficient the engine takes longer to break in. I don’t have to tell you that immediate ring/cylinder sealing is a must if you intend to make maximum horsepower in the shortest period of time.

A couple of years ago, there was only one break-in oil available. I noticed at IMIS that several marketers are offering break-in oils to their customers. I can only assume it’s because engine builders have found them useful to produce maximum horsepower quickly. Those who doubt the need for break-in oils may not have built many engines where absolute, maximum horsepower was a requirement.

I have been really impressed by the attention given to racing oil development over the past year – now I can’t wait to see what this year will bring!

John Martin is a
“motorhead” physicist who worked for Lubrizol for 25 years, and before
that he worked for Shell. He has formulated and tested racing oils for
NASCAR and NHRA Pro Stock engines for decades. He has 22 patents to his
credit through his work on engine and driveline testing and
optimization. He is currently building a fuel-injected 692 BBC for his
street rod. 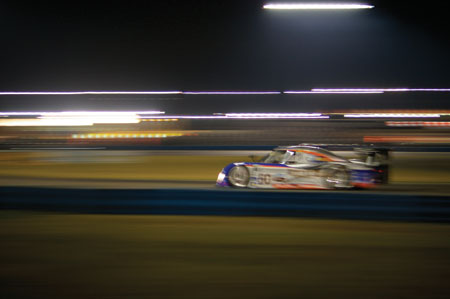 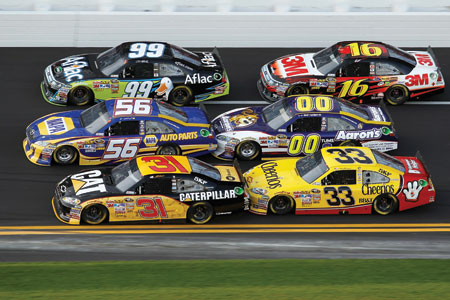