It seems that there have been some improvements in diesel injection technology that have allowed some “clean-up” work on the diesel exhaust system, and I think we all can appreciate the change.

Even though some may feel the need to complain about the increased use of electronics and how the government is cracking down by adding more emissions components on engines that may give you trouble down the road, things may not be all that bad.

It’s worth asking this question: if the old-school mechanical indirect-injection technology was so good, then why did the manufacturers convert to common rail?

Let’s face it, the use of electronics has made the same diesel engine more powerful, more efficient and cause less pollution. The true cold hard fact is that nothing is going to change back to the way things used to be, and the electronics in diesel engines are only going to continue to evolve.

Fuel is generally supplied to the injection pump by a mechanical engine driven fuel pump actuated by the camshaft or an electric pump mounted somewhere on the vehicle. As the injection pump is turned by the engine’s gear train, which is very similar to the distributor of a gasoline engine, fuel enters a delivery chamber inside the pump at a specific time.

The fuel is then compressed and sent out through a hard metal line that leads to the injector at the cylinder head. So the injection pump not only compresses fuel to a specific pressure, but also serves as a timing device for when the fuel will be compressed inside the pump.

When the pressurized fuel reaches the injector, the pressure of the incoming fuel opens the pintle inside the injector and fuel is delivered through the injector’s nozzle and enters the combustion chamber in a very fine mist.

The pistons inside the engine are unique in design by having what is generally known as a pre-ignition chamber, a small bowl-shaped area inside the piston dish which helps compress the fuel to help ignite the mixture as the piston moves close to the top of the bore.

Fuel pressure in a mechanical system will vary by the manufacturer of the pump, but usually will be in the neighborhood of around 1,800 to 3,000 psi. This amount of pressure is needed to lift the injector’s pintle off the seat to allow fuel to be sent through the injector’s tip. Most injection pumps are sealed and cannot be tampered with, so whatever the injection pump delivers to the injector is what the cylinder is going to receive.

Even though these systems worked well and were typically trouble-free, they were very inefficient. This predetermined, metered amount of fuel may not always be enough or sometimes was too much. Either way, these diesel engines did run and often performed flawlessly and went many miles before servicing.

However, a better system that seemed to change the way we looked at diesel engines was developed. You have to admit that today’s diesel engines are much quieter than the older ones. A friend of mine recently drove up in a 2011 Ford F250 with a 6.7L diesel engine and I thought that the truck was outfitted with a gasoline engine. It was so quiet and smooth that I could not hear the engine run.

This quiet and smooth operation is thanks primarily to common rail injection. How does common rail differ from the old mechanical injection system? To give a basic understanding of common-rail, think of it this way: the higher the pressure at which diesel can be injected, the more efficient it will burn.

As the engine turns the high-pressure pump, fuel inside is pressurized to around 5,000 psi, the amount of pressure that most common rail system manufacturers select for proper idle. This 5,000 psi of pressure is considered to be the “threshold” at which the engine will fire – if a high-pressure common rail pump does not reach the 5,000 psi threshold it indicates that there may be a problem in the system and the engine will not run.

Now, for the common rail to function properly, there are various sensors and actuators that must be utilized in the electronics outlay of the vehicle by the manufacturer for the high pressure fuel actuation. The electronics help dictate how and when fuel is delivered, based on engine load and operation.

Great caution must be taken when servicing common rail systems because pressures can reach as high as 28,000 psi under wide-open throttle. In the next Diesel Dialogue, the common rail components will be explained and detailed with the operation of the engine.

Robert McDonald is owner of Atlantic Engines in
Granite Falls, NC, and specializes in high performance diesel and
gasoline engines and cylinder heads for street, marine, dirt and drag
racing. You can reach Robert at [email protected]. 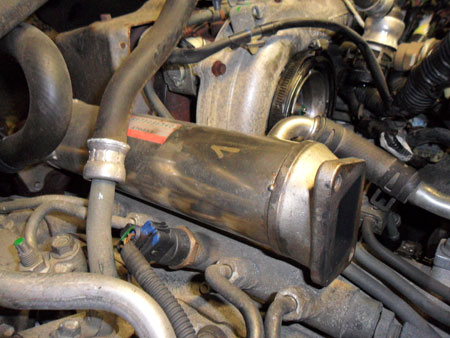