Engine rebuilding, arguably the truest form of recycling, restores core durability and is part of the 3 Rs: Reduce, Reuse and Recycle. In fact, the very definition of the word “recycle” could be interchanged with “engine rebuilding.” Recycling means to reuse or make (a substance) available for reuse for biological activities through natural processes of biochemical degradation or modification or to return to an original condition so that operation can begin again.

During research by the University of Michigan, a remanufactured midsized gas engine went up against an OEM model to see which one saved the most energy and polluted the least.

The concept of recycling has become so ingrained in the fabric of business, an almost universal amount of auto repair shops (96 percent) say they recycle scrap metal from automotive components, according to the Automotive Aftermarket Industry Association (AAIA).

According to its findings, 74 million metric tons of ferrous scrap, the raw material used for the production of new steel and cast iron products, was processed by the scrap recycling industry in 2011 – more than 55 percent of the volume of all domestically processed scrap.

In addition, nearly two out of every three pounds of steel in the U.S. is made from ferrous scrap. Not only does the action save energy, said the study, but by conserving materials such as iron ore, coal and limestone; it coincides with market indicators that provide monetary incentives for consumers to recycle.

“Metals are definitely worth something, obviously. The cost of scrap has gone up and it is more advantageous to recycle,” said Dean Yatchyshyn, owner of Cresap Automotive Machine in Cumberland, MD. “It doesn’t add a lot to revenue stream but you have to do everything you can to get your bottom line healthy.”

Although it won’t make your shop a gold mine overnight, scrap metal is big business. In 2011, more than 135 million metric of scrap metal along with paper, plastic, glass, textiles, rubber and electronics were recycled to the tune of around of $100 billion in the U.S. alone.

Forget gold and silver, those extra parts laying in the bin hold an array of cast iron and steel and non-ferrous materials like copper and brass that’ll have recyclers knocking on your door.

For instance, aluminum is one of the most recycled non-ferrous materials in the world. The recycling rate for aluminum cans reached more than 65 percent and is projected to hit 75 percent by 2015.

Businesses like Olston’s Auto Recyclers, that sell new and recycled domestic and import auto parts, deal  mostly with used engines and transmissions. But to the extent of their scrap process, they see the value in the aluminum.

“Twenty years ago, we weren’t as concerned about the $30 worth of aluminum that goes out of that used transmission. Now, the margins have tightened,” said Paul Carter, manager of the Lincoln, NE facility. “It is a bigger focus. I have delivery drivers who drop off and pick up transmissions on their route, so we can get that $30 back in here.”

Carter, a 40-year veteran of the recycling industry, noted the non-ferrous metals are so much in demand that his company is forced to pay attention.

“Years ago, we didn’t bother with the copper, but when we go through the complete crush process, we got a crew of guys that’ll stand there as we’re putting the cars through the crusher pulling out the wiring harness,” he said. “Those are things we didn’t do years ago. The process has gotten more detailed and much more labor intensive. We are trying to squeeze the last drops out of every lemon.”

The recycling of life that is engine building should be nothing new for the average rebuilder but for some time it was a surprising concept, said Buddy Judy of Safety Kleen.

“For many years, they didn’t think about it. But the scrap guys come to the engine shops because there’s always a lot scrap metal, lots of iron, steel, and aluminum and it keeps them fairly busy,” said Judy who runs the company’s motorsports program and deals with many NHRA and NASCAR racing teams across North America.

“A lot of NASCAR guys have their own in-house, high-tech CNC-milling/ cutting equipment and a fair amount of metals are picked up for recycling,” he said.

Other shops like Ed Pink Racing in Van Nuys, CA, that rebuilds engines for racing and high-end collector automobiles, also send their metals out for recycling and not just engine parts.

Manager Frank Honsowetz works with a vendor that arrives at his shop to personally collect any metal that he can get his hands on.

“We recycle a lot of metals and we have one guy who comes in and recycles everything from broken parts to our machine tools,” he said. “We run own machining center and we have a lot of clean aluminum. We have a little system where he takes it all: titanium, steel, anything.”

As for the bigger players, facilities like AAEQ Manufacturers and Recyclers with divisions such as EngineQuest and A&A Midwest are thinking outside the box in terms of recycling.

The Las Vegas-based company teamed up with the Clark County (NV) Department of Air Quality and Environmental Management and various companies to create a lawn mower exchange program.

The goal was to have residents exchange their gas lawn mowers for a cordless electrical model that produced no emissions. Studies have shown that one gas-powered lawn mower after a year’s use pollutes as much air as 40 automobiles driven within the same period.

The program proved to be an inspiring success as its inventory of electric mowers were depleted a few weeks after the program started.

As long as prices steadily increase for metals, the allure of recycling is not going away anytime soon for both engine shops and scrap yards. Kirby Andersen, owner of Andersen Wrecking Company in Kearney, NE, said the future is leaning toward more sophistication and precision as more equipment is designed to recover a higher percentage of recyclables out of waste material.

“In the past, some of that would end up in the landfill because the equipment could not separate that metal out of the interior,” he said. “And with the new tools that are available on the Internet, we can look up a core value of a vehicle part and decide if we want to pull that caliper, steering gear or engine out and send it to a core supplier. It is exciting because it gives us an opportunity to get a little more out of that product instead of throwing it into the scrap pile.”

For the shop owner, recycling can give an environmental and social boost to their business, but ultimately the monetary value is just as attractive.

“I’ll be honest. I can’t take credit for being green. It was more of a dollar and cent thing than it was environmental,” Yatchyshyn said. “It made sense to get some money out of the scrap that you would throw in the dumpster. It works out well that it helps the environment, too.” 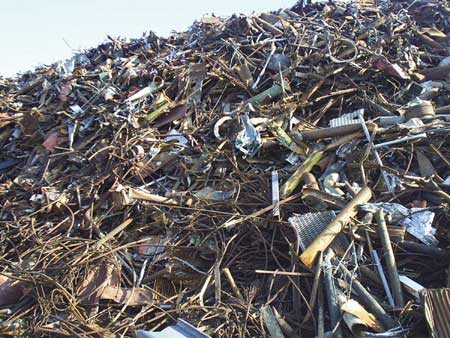 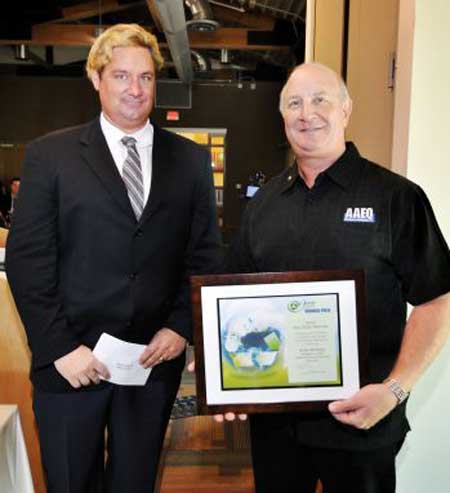