In 1973, I was a sportsman drag racer. My car was the two-ton orange ’57 Mercury named, “The Big Animal.” The transplant engine was a pure stock Ford 427 FE 8V low riser I called “Old Reliable,” shifted by a top loader four-speed with a Hurst Competition Plus shifter.
In August of that year, I was preparing my Big Animal for the next weekend. My 427 Ford – Old Reliable – had about 25 runs on the last oil change that produced three finals, a runner up and two wins. The weekend before, I made 8 runs at Oswego, IL. Two timed runs and six rounds to the win. The two wins in August at Oswego, qualified me for a special bonus. A double payoff if I won this event.
The Big Animal was on my shop hoist for an oil and filter change and routine between race servicing. As I drained the warmed up 8 quarts of 50 weight engine oil in a container for inspection, I looked at the magnet on the drain plug. There on the magnet was a big chunk of unrecognizable metal! The car ran impeccably on Sunday. And it sounded great when I warmed it up. Oil pressure was normal, the filter did not show any debris. I knew instantly I needed to pull the pan.
I always use magnetic drain plugs in my own and customers’ equipment, including the engine pan, transmission and rear end.
Pulling any Ford V8 pan in a stock ’50s and ’60s chassis is tricky. You unbolt the motor mounts from the frame. Jack the engine up 3 inches and block it with something suitable between mounts and frame. I always use tapered pieces of wood I made for that job. You then unbolt the pan and drop it to the cross member.
The crank needs to be turned so the rods kind of lay flat and do not interfere. Then comes the tricky part. With the pan lying on the cross member, you reach in and unbolt the oil pump – which thank the Lord is in front – drop the pump with pickup assembly and the pan sump. Take the distributor drive shaft out of the pump. Let it all lay in the sump. Then carefully maneuver the pan from under the engine.
Reinstalling the pan and pump assembly is an even bigger treat. You old time Ford guys know what I am talking about.
I looked into the pan; again I respond with astonishment. Next to my oil pump assembly was a balled up small baseball-sized hunk of metal in the sump. My heart skipped a beat! I realized the factory spot-welded finned oil baffle was missing from my special Ford factory optional 8-quart pan.
Up inside of Old Reliable I found shiny marks on #4 and #8 rods where the loose baffle had tangled with them. I also noticed a small chip off the skirt of the #8 piston.
I found that in the corner of the pan along with a few, now familiar, small fragments of broken sheet metal.
Suddenly, a light bulb went off in my tire-smoked brain. Two years ago, I kicked out a rod in The Big Animal that I assumed was fatigue from 300 runs. When it happened, I did not investigate the carnage very close. In haste, I switched engines and put the wounded stuff in my warehouse next door and made it to the next race. I always save my broken and used parts. After this incident, I learned I needed to study them closely.
I ran next door to my warehouse and looked at the torn up block and pan from two years ago. It had the same type of pan I just removed. Low and behold, with debris and all, was an identical ball of metal still in the pan. The finned baffle was gone. It looks like Ford’s spot welds stunk! That balled up loose baffle is apparently what broke my rod two years ago. This time, I got lucky. But when during these last 25 runs did that baffle come loose?
I checked the engine over very carefully. I was still using the old 427 low riser rods. I looked at all the rod and main bearings and checked all vitals. I elected to put Old Reliable back together and run it, reasoning the slightly chipped piston skirt was not a problem. I dressed the chipped piston skirt with a point file. I replaced a couple of rod bearings, put new rod bolts in #4 and #8 rods and used a brand new Ford 8 quart baffled pan.
Needless to say, I reinforce welded the finned baffle. I also added a Ford HP optional windage tray between the pan and block.
My gamble to run Old Reliable was right. I won the event that Sunday, which was 10 runs: two timed runs and eight elimination rounds. The toughest round was the three car semifinal. It included NHRA Super Stock ace, the late Jeff Velde in his ’69 Mustang 428 SCJ. The other contestant was the bright yellow ’64 Nova called the Little Canary. Flipping coins for the bye-run, Jeff and I hoped for an all Ford final ­– it was not to be. We had to run each other for the semi. We were the closest run of the day and both ran right on our dials. Luckily, I got the win. In the final, I handily beat the Little Canary.
I finished out the season with Old Reliable producing several more wins and the Oswego Sportsman Class (Run Tuff Eliminator) championship.
Why had the loose baffle broken my engine two years ago and Old Reliable endured the same treatment? That – I guess – is how the engine got its name.

You have to wonder, if I was twice a victim of a loose baffle in that very same widely-used Ford part-numbered pan, how many others were victims? And, perhaps, with other types and brands of pans how often has this problem occurred?
I learned to look much closer at all baffles or windage devices in all pans, ensuring they are secure and clear of anything in that engine that moves. And now I ALWAYS?save and STUDY broken and used parts. And don’t forget a magnetic pan plug. 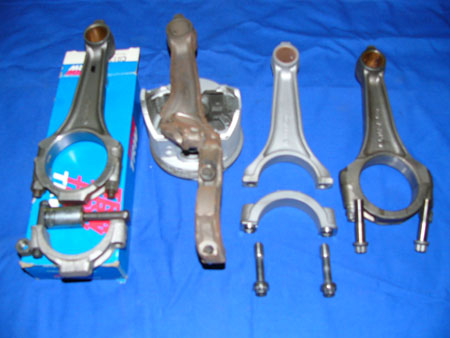 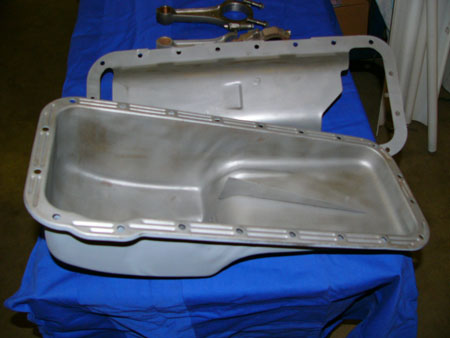 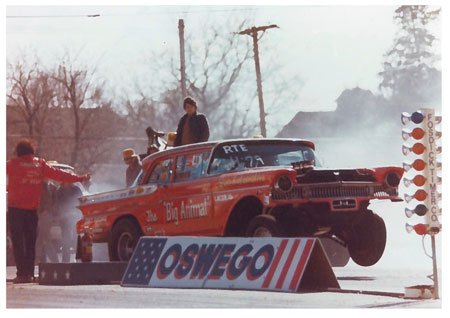 Advertisement
In this article:Fast Lane