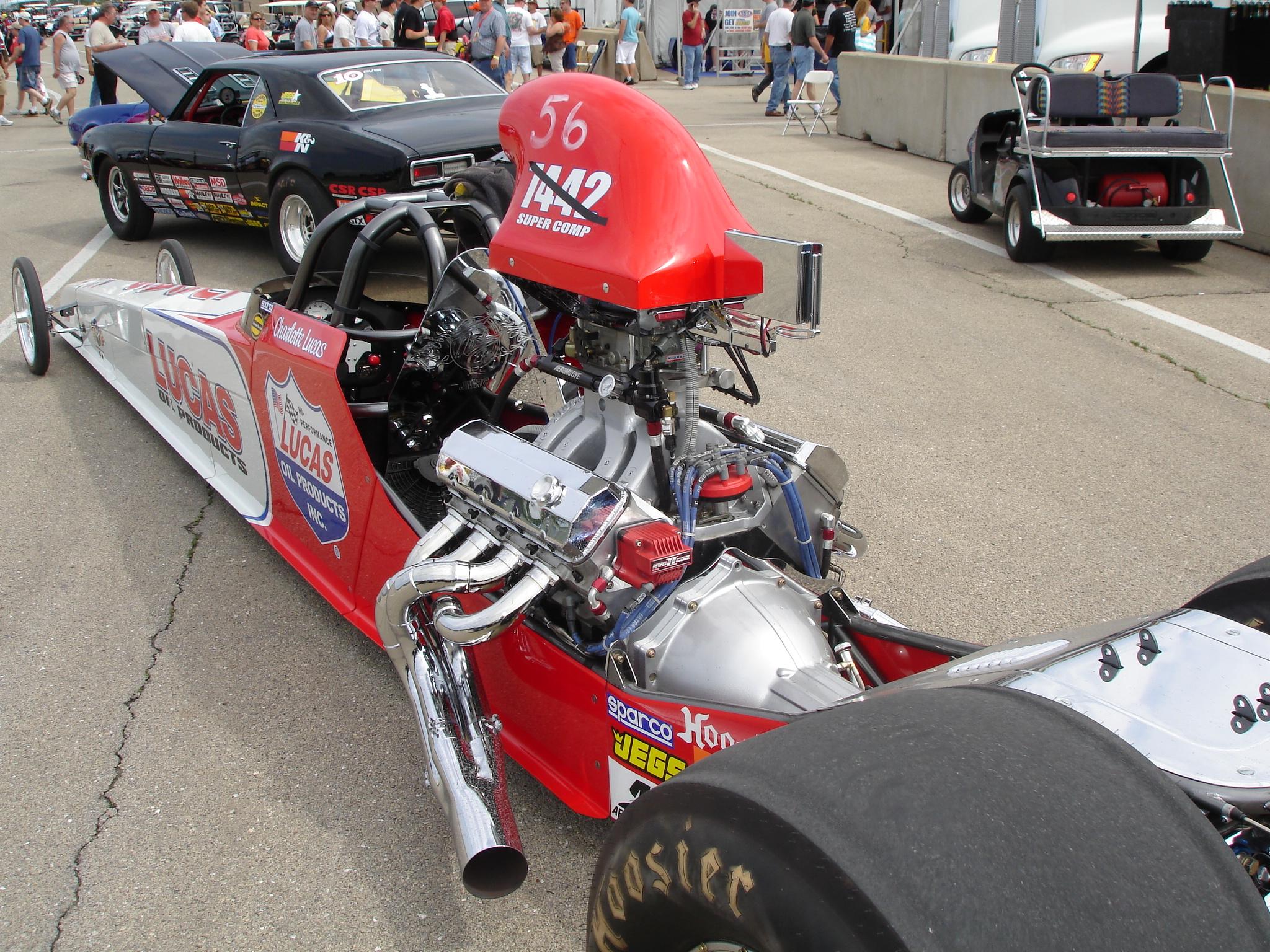 There are no rules for engine size, but engine builders should look to build for consistency in this class

What does it take to build a winning engine for Super Comp drag racing? The Super Comp drag racing class runs on a 8.90 time limit, with essentially no rules regarding engine displacement, carburetion or type of vehicle. Engines can burn either gasoline or alcohol but no nitro or nitrous. Engines can be naturally aspirated or boosted with a blower. Most racers are running a single four-barrel Dominator-style carburetor, although a few are using injectors on their engines.

To be competitive in the Super Comp class, you don’t need the fastest car in the field. In fact, that’s why most of the people who race in this class like Super Comp. The cars that race in this class typically hit 165 to 175 mph in the traps, but speeds can range anywhere from 150 to 190 mph. It’s not the speed that matters most  – it’s the elapsed time. In Super Comp, you just have to beat the other guy to the finish line without breaking out of the 8.90 limit. If you run a lower ET, and both racers break out, then whoever is closest to the 8.90 time is the winner.

Super Comp is a more affordable alternative to some of the other drag racing classes where it can take lots of power and lots of bucks to be a winner. In Super Comp, you can be competitive with a 600 to 800 hp engine in a rear engine dragster. Some racers are running upwards of 1,200 hp, but they don’t really need that much power. In fact, some racers say if a car makes too much power and is too fast, it makes it harder for the driver to judge his distance to the finish line and the car in the other lane. Ideally, you just want to nose out the other car at the finish line while staying within the 8.90 time limit.

The majority of vehicles racing in Super Comp are rear engine rail dragsters because they are lightweight, relatively simple and affordable. Most of the dragsters are powered by big block Chevys, ranging from 509 to 632 cid, although some racers are running Chrysler engines or even small block Chevy V8s. A popular setup is a 565 cid big block Chevy built to redline at 7,500 rpm while making 900 to 1,000 horsepower.

Charles Linne, president of the Pacific Northwest Super Comp Association says his group races at four different strips and usually averages 15 to 20 competitors per event. “You probably need at least 800 horsepower to be competitive in our series but you don’t need any special tricks to be a winner. It depends more on driver skill than the engine or chassis.”

Linne races a Super Comp dragster himself and has his car dialed in to run consistent 8.90 ETs. “Once you’ve established a baseline, you can fine-tune your car to run 8.88 to 8.92 consistently.”

Linne says that racing in Super Comp doesn’t require much engine maintenance compared to racers in some of the higher classes such as Comp Eliminator who are constantly tearing their engines down and replacing parts. “I’ll run my engine two seasons before I’ll refresh it,” he says.

Linne believes one thing every Super Comp racer needs is an accurate weather station to monitor temperature, humidity and barometric pressure. These are the variables that affect engine tuning so you have to know what kind of jetting and timing changes to make as the weather changes.

Advertisement
In this article:drag racing, NHRA

GM 604 Crate Engine
Connect with us