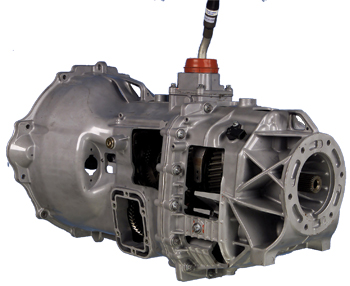 The 2.4 L I4 PowerTech is a Neon engine variant based on the Chrysler engine that was designed originally for the Dodge and Plymouth Neon compact car. The naturally aspirated 2.4L 4-cylinder PowerTech engine provided 150 hp (110 kW) and 165 lb.-ft. (224 Nm).

The 2.4 L I4 PowerTech is a Neon engine variant based on the Chrysler engine that was designed originally for the Dodge and Plymouth Neon compact car. The naturally aspirated 2.4L 4-cylinder PowerTech engine provided 150 hp (110 kW) and 165 lb.-ft. (224 Nm).

In its short life, the engine was available in the 2002-’06 Jeep Liberty (first generation), as well as the 2004-’06 Jeep Wrangler, but was discontinued when Jeep introduced the Compass and Patriot small crossovers.

While those two crossovers also received a 2.4L I4 as a base engine, these were of the Global Engine Manufacturing Alliance (GEMA) joint-venture engine architecture and should not be confused with the Neon/ PowerTech engine of the same displacement.

Although the 2.4L PowerTech engine was only available for a relatively short time, the engine is

considered very reliable with no major problems associated with it.

2.4L PowerTech I4 Specs
The 2.4L PowerTech is a double overhead camshaft with hydraulic lifters and four valves per cylinder design. The engine is free-wheeling, meaning it has provisions for piston-to-valve clearance. However, valve-to-valve interference can occur if the camshafts are rotated independently.

Timing Maintenance
Recommended timing belt replacement for the PowerTech 2.4L engine used in the Jeep Liberty/Wrangler is 120,000 miles.The following steps provide information on removal and replacement of the 2.4L I4 timing belt.

2. Raise the vehicle on a hoist.

Note: For more on removing components mentioned in steps 4-8, refer to the 2003Chrysler Service Guide.

While rotating the tensioner clockwise, push in lightly on the tool until it slides into the locking hole.

Timing Belt Installation
1. Set the crankshaft sprocket to TDC by aligning the sprocket with the arrow on the oil pump housing.

3. Install the timing belt. Starting at the crankshaft, go around the water pump sprocket, idler pulley and camshaft sprockets and then around the tensioner.

4. Move the exhaust camshaft sprocket counterclockwise to align the marks and to take up belt slack.

Note: Repositioning the crankshaft to the TDC position must be done only during the clockwise rotation movement. If TDC is missed, rotate a further two revolutions until TDC is achieved. Do not rotate crankshaft counterclockwise as this will make verification of proper tensioner setting impossible.

Other Liberty Issues
In 2008, Chrysler revised its 2.4L cylinder head bolt re-torque procedure. The information supersedes the previous technical bulletin, dated March 25, 2005. The previous bulletin should be removed from your files.

1. Using a 6” wobble plus extension friction ball and shallow socket and following the torque sequence loosen one bolt at a time to 0 torque and then torque that same head bolt to 60 ft.-lbs. See Figure 3.

2. Repeat step 4 for every head bolt, one bolt at a time in sequence.

3. Verify that each head bolt is at 60 ft.-lbs. before performing the next steps.

4. After all the head bolts have been verified to be torqued to 60 ft.-lbs., follow the torque sequence and turn the head bolts an additional 90° (1/4 turn).

5. Following the appropriate procedures to install the cylinder head cover.

Some or all of the technical information was provided by the Automotive Parts Remanufacturers Association (APRA). More information and technical bulletins on vehicles equipped with a 150-hp 4-cylinder engine are available through APRA; call 703-968-2772

The new transmission is a member of the six-speed NSG 370 family, similar to the one used in the Chrysler Crossfire — the first six-speed for the Chrysler brand. The NSG six-speed manual transmission provides a 4.46:1 first-gear ratio, versus the 3.85:1 and 4.04:1 ratios of the five-speed transmissions it replaces, for improved launch and traction.

Jeep said that the NSG 370 six-speed manual transmission provides optimal shift quality, improved quietness and high quality. A new dual-ratio transmission shift-tower system allows packaging of the six-speed shift pattern within the existing Jeep vehicles, and it is tuned for optimized shift quality. For smooth operation, the first and second gears have triple-cone synchronization, the third and fourth gears feature double-cone, and the fifth and sixth gears single-cone synchronization.