Tech Talk: Why VVT Engines Are Becoming a Reality for Most Vehicles - Engine Builder Magazine 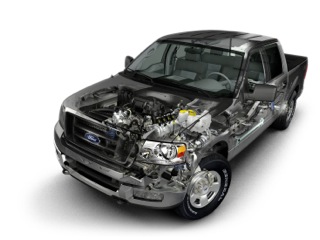 When the topic of variable valve timing (VVT) comes up, few realize that the concept of increasing low- and high-speed engine torque by automatically advancing and retarding valve timing isn’t a recent development.

For example, I recently discovered an old variable camshaft timing gear that I bought during the 1960s featuring a torsion spring device that ­retards valve timing in response to the increased rotating torque needed to turn the camshaft at higher engine speeds.

In theory, I could enjoy the advantages of low-speed torque and high-speed horsepower. In practice, however, it didn’t seem to work due to its reliance on rotating torque.

To keep this text simple and to the point, I’ll leave the more unique VVT designs to the pages of history and electronic valve timing to the pages of the future. In the meantime, let’s look at the basics of how VVT affects engine performance, how it might fail and then follow up with a few tips on how to troubleshoot suspect VVT systems.

Valve Vs. Camshaft
The variable “valve” timing that most of us see in our shops is actually variable “camshaft” timing that improves low- and high-speed torque by advancing or retarding the camshaft timing on single overhead camshaft (SOHC) engine applications.

In contrast, some double-overhead camshaft (DOHC) applications perform those same ­functions by separately advancing or retarding the intake and exhaust camshafts.

Fully variable valve timing can be achieved only by using computer-operated solenoids to precisely control the intake and exhaust valve opening and closing events. Although the various combinations of valve timing events are theoretically infinite on an electronically controlled system, its applications are limited due to issues of cost and, in some cases, reliability.

In Theory….
Effective valve timing is very dependent upon the velocities of the intake air flowing through the engine’s intake ports and the exhaust gases flowing out of the engine’s exhaust ports.

On most naturally aspirated engines, the intake valve doesn’t close until the piston begins moving upward on compression stroke.

When intake air is moving slowly at lower engine speeds, the intake valve should close early to prevent the piston from pushing the intake air back into the intake port and manifold.

But when intake air velocities increase with engine speed, the intake valve should close later to help pack more air into the cylinder. In theory, most VVT designs begin to change intake valve timing when intake air velocities begin to dramatically increase at 2,500 to 3,500 rpm. Of course, the PCM’s actual operating strategy depends largely upon the engine design and the speed limitations of the engine.

Valve timing overlap is desirable at higher engine speeds. Simultaneously holding the intake and ­exhaust valves open as the engine goes from ­exhaust to intake stroke allows the engine to make use of the slight negative pressure created by ­exhaust gases exiting the exhaust port to help draw the intake charge into the cylinder.

But at lower engine speeds and gas velocities, high valve overlap produces a loping idle due to exhaust gases pushing back into the intake manifold, plus it reduces engine running compression. Keep in mind also that changing the exhaust valve timing can ­create an “EGR” effect that helps reduce Nitrogen Oxide (NO) emissions in some applications.