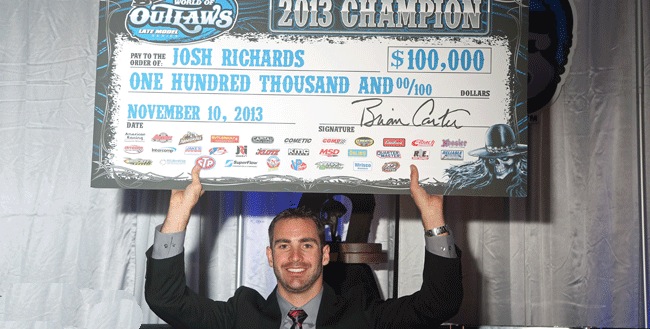 The same technology used to build winning engines for Roush Yates Engines will soon be available to independent engine builders around the world.

Roush Yates is transitioning their strategy for next season, making it their mission to supply quality engine components to all dirt series engine builders. The same technology used to build winning engines for Richards and Johnson this season will now be available to customers around the world.

“It’s great to see how competitive our technology is in these markets,” said Doug Yates, CEO for Roush Yates. “We have invested heavily in dirt racers over the past four years, learning the market and fine tuning our engines and the components we use. We look forward to working with engine builders as we transition to sharing this desirable technology.”

A sneak peek of Roush Yates’ commitment to developing components for dirt racing was revealed at the WoO World Finals earlier  to select engine builders. The revolutionary new RY45 Series was introduced for the first time and well received by key people in the industry. The new RY45 Series will officially be available at the Performance Racing Industry show in December.

Richards took the points lead only three races into the 2013 season and continued to sit atop the standings for the remainder of the 46-event schedule. With 10 wins and 41 top 10 finishes, he captured the championship Saturday night by an impressive 150 points over defending champion Darrell Lanigan.

“Nothing will be like the first championship,” said Richards, whose previous titles came in 2009 and 2010. “But if there wasn’t a first one, we couldn’t have a second or a third. To take a break from WoO like we did to pursue other opportunities and come back and win it this year is pretty unreal. I’m just proud to represent the World of Outlaws this year and hopefully we can do it again.”

In addition to winning the World of Outlaw Late Model Series Championship, Roush Yates was awarded the Engine Builder of the Year award for the series. Richards was one of four drivers who helped Roush Yates win 14 races in 2013.

“It just speaks volumes about this team and what they have accomplished,” said Johnson. “Although the driver won the race, it certainly takes a full team to win a championship. A team that is made up of great people and organizations – the driver, the crew, sponsors, and a great engine builder.”

To learn more about Roush Yates’ newest technology to be released at the Performance Racing Industry show (Booth #1835) in December, visit www.roushyatesparts.com or call 1-877-798-RYPP.