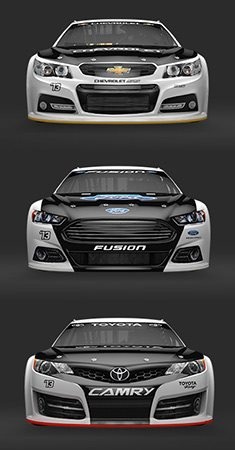 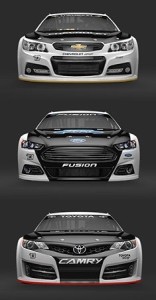 Presented annually by Champion, the Shuman award recognizes individuals and organizations that have played vital roles in the continued growth of professional stock car racing. The award was created in 1957 in memory of early Grand National Series driver and technical inspector Louis Grier “Buddy” Shuman, who perished in a hotel fire in 1955.

The Shuman Award Committee selected the three automakers in recognition of their close collaboration in designing and testing NASCAR’s Gen-6 car, which debuted in the season-opening Daytona 500 in February.

Nearly two years in the making, the new platform re-established NASCAR’s tradition of racing near-stock-appearing car bodies while incorporating a variety of safety and performance enhancements. With the exception of the carbon fiber hoods and rear deck lids, all Gen-6 body panels are now produced by the three vehicle manufacturers, further strengthening the sport’s ties to the passenger car market.

“The Gen-6 car has been a resounding success on all levels – safety, raceability and consumer engagement,” said Jay Burkhart, senior vice president, global marketing, Federal-Mogul Vehicle Components segment. “This is both a significant technical achievement and an inspiring example of cooperation for the greater good by three world-class organizations that are also fierce competitors. Their leadership reminds us that NASCAR is, above all, a community of competitors, enthusiasts and friends.”