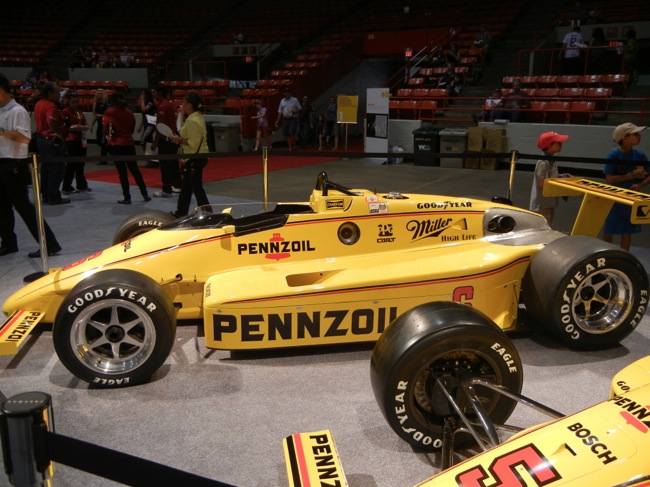 When I was just a young pup in the 1960s working on lubes for Shell Research and Development, passenger car motor oils (PCMO) were much simpler and easier to understand. 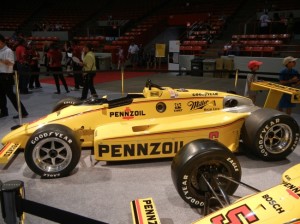 Auto manufacturers and lube oil marketers worked closely with the American Petroleum Institute (API), the American Society for Testing and Materials (ASTM), and the Society of Automotive Engineers (SAE) to specify PCMOs as well as they knew how.

Oil marketers didn’t worry so much about profitability since oils were only a small part of their overall business. Auto manufacturers weren’t concerned about selling oils; they just wanted adequate protection for their new engine designs in the field.

Oils were developed by analyzing actual field failures and developing laboratory engine tests that would replicate the field failures. It seemed everyone worked closely together without much dissention in the ranks.

Enter the EPA
Then the Environmental Protection Agency (EPA) got involved in chemical regulations, and the game became more adversarial and political. You must first realize that the EPA and most environmentalists couldn’t care less about our internal combustion engines. These ultra left-wingers are only concerned with clean air, even if it causes all commerce to stop dead in its tracks. They are not your friends!

(Editor’s note: Engine Builder does not endorse any political party. We do, however, support industry associations and committees such as the SEMA Action Network and lobbying efforts by AAIA. We love everyone as long as they support the industry!).

(ZDP or ZDDP) extreme pressure (EP) additives showed that the phosphorous tended to “glaze” over the face of the catalyst substrate slowly rendering it ineffective.
No field tests that I’m aware of ever corroborated these lab test findings, but the EPA flexed its muscles anyway and pushed for new lube oil chemical restrictions to minimize phosphorous (therefore ZDP) content. They’ve been on this bandwagon ever since, and no one in our Federal government has ever successfully moderated their powers.
When the oil embargo hit in the mid-’70s, both the EPA and the public also began clamoring for better fuel economy (FE).

Oil in the ‘80s
By the 1980s auto manufacturers began pushing for the specification of new oil performance categories in which they could guarantee
improved fuel economy.
This brought about the development of friction-modified passenger car oils.

Oil marketers and auto manufacturers now had two new performance issues to deal with. The API, the ASTM, and the SAE began developing new oil performance categories as quickly as they could. But the process of defining oil performance deficiencies, developing laboratory engine tests, and achieving consensus among all involved is slow and methodical.

Besides, it costs millions of dollars to develop a useful new specification.

By the late ’80s American auto manufacturers (AAMA) decided the oil industry either wasn’t moving rapidly enough or weren’t addressing some of their specific needs, so they formed their own trade association.

They formed the new group called the International Lubricants Standardization and Approval Committee (ILSAC) to make sure their needs were being addressed. The auto manufacturers later changed the name of their trade association to the Alliance of Automobile Manufacturers (AAM).

The traditional API approach defined general PCMO performance level categories labeled as API SG, SH, etc., up to the current API SN.  ILSAC members from the Alliance of Automobile Manufacturers (AAM), which included European auto manufacturers, and the Japanese Auto Manufacturers Association (JAMA) specified new performance categories labeled as GF-1, GF-2, etc., up to the current GF-5.  Usually the GF categories can be satisfied by performing one or two additional tests over the API specified tests. 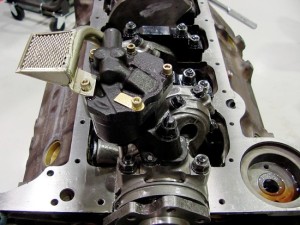 Oil and OEs Do Mix
After much flapping of wings and debate, the auto manufacturers and the oil industry learned to coexist, and the paired specification system SL/GF-3) SM/GF-4, etc.)  continued forward through five oil performance upgrades and considerable expense through 2011.
It seems these upgrades occur every four years, and there is no end in sight.

I’m not sure I, or anyone else for that matter, understands why General Motors decided to get into the lube oil licensing business around 2010. But they developed their own set of PCMO performance specifications (Dexos 1, etc.) and required oil marketers who met these specifications to pay them a
licensing fee if they wished to use the Dexos name on their products.

I know of at least one lube oil marketer who told GM to go pound salt.

Many European auto marketers also sell their own branded oils (actually supplied by oil marketers). This has virtually no effect on North American oil markets, and here’s why: In North America, most oil changes are do-it-for-me (DIFM) or do-it-yourself (DIY).

Very few American motorists take their cars to the dealer for an oil change, because we have such a strong aftermarket.

In Europe the aftermarket isn’t nearly as extensive, and most European motorists rely on their OEM dealers for all their vehicle maintenance. This also holds true for the majority of truck owners, because Europe’s fleets are smaller, and they need good warranty protection.

In this culture it makes sense for each OEM to have an oil marketer formulate a branded product to guarantee warranty protection.  Japan also does some of this, and their oils are often called “genuine” oils.  Don’t worry about OEM or genuine oils for your vehicle in this country; no one can force you to use them.

The only exception I can think of is Volkswagen. If your customer has a turbocharged diesel in their VW, they need to use an oil that meets the VW505 specification, whether or not it is a VW branded product. The VW turbocharged diesel has rather severe high temperature oxidative stability requirements.
In spite of all this “to-ing and ­fro-ing,” here are the facts you need to know to intelligently purchase PCMOs.

First, pay no attention to the marketing hype. Look for the API “donut” on the back and the ILSAC “starburst” symbols on the front of the oil container. It will show the highest performance specification that container of oil meets. The only currently active API specifications are API SJ, SL, SM, and SN. Only ILSAC GF-5 is currently active. ILSAC GF-4 was obsoleted one year after GF-5 was introduced. 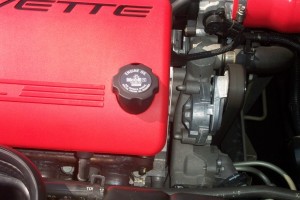 If a Dexos label also appears, that’s good news for GM warranty protection, but I wouldn’t lose any sleep if it weren’t there. Dexos oils are not gaining much traction in the marketplace.
The thing to remember is that the more recent the specification, the better the oil performance in all aspects except valve train wear and EP protection.
Currently look for API SN/GF-5, because that will provide the best fuel economy for your vehicle. These are currently the best oils for your late model passenger cars without valve train modifications.

However, if you have an older engine design or you have altered the valve train (high lift cam, etc.), all bets are off!

You should take one of two possible approaches to select oils for these engines.  You can choose one of the myriad of Hot Rod or Racing oils which are out there, because they all have higher ZDP levels to protect pushrod tips and flat tappet cams and lifters.

Although these oils are expensive, they are not nearly as expensive as a replacement cam and lifters. If you want to be terrified, talk to the folks at Comp Cams about how many cams they see returned because the modern API/ILSAC specification lube oil used offered inadequate protection.

That’s one of the reasons why they offer their own proprietary lube oils – to reduce the number of failed cams.

If your flat tappet camshaft isn’t very radical, or if you are utilizing rollers, you might take a second approach.  Break the engine in on one of the many break-in oils out there.  They really do work!

This will coat the cam and lifter surfaces with the sacrificial ZDP film the valve train needs for proper component protection.  Then you can switch to a lower ZDP oil (APISN/GF-5) to maximize vehicular fuel economy.

However, this is not as safe an approach as is the use of specialty oils, because no one is certain how much ZDP your valve train actually needs.  You might need to use a Hot Rod or Break In oil periodically to replenish the depleted ZDP.  Personally, I use the APISN/GF-5 oils in only my 2007 Hemi and my 2009 Pontiac G8; because they are stock, and I know their power plants were designed to utilize these oils.

In my street rods and motorcycles, I utilize a name brand hot rod oil; since I was one of the inventors of the product, and I know exactly what is in it and what it can do. Look for hot rod oils with added rust protection since collector vehicles can sit idle for months at a time. You don’t need rusty valve springs or pushrod tips if you have much camshaft lift.

Carefully consider viscosity grades for late-model engine designs (e.g., LS engines, modular Fords, etc.). Since most of them were deigned for very low viscosity oils, they don’t like the thick oils us old school old racers are fond of. I know of several examples where both LS and modular engines have failed because of their inability to pump thicker oils through all the engine oil passages. Play safe and buy an oil specifically designed for these new engine families.

Stay away from ZDP containing additives to add to your oil. Oils are carefully blended by adding each ingredient at a specified temperature so it will mix properly. When one merely dumps a can of ZDP into the crankcase, there is no guarantee it will mix properly. Don’t take chances with your valve train!

New Standards Mandate Disclosure of Motor Oil Info on Repair Invoices
Recently, the U.S. Commerce Department’s National Institute of Standards and Technology has made uniform recommendations for motor oil information on invoices. These uniform standards mandate that the SAE oil ratings, brand and weight are to be placed on a customer’s invoice. Twenty states automatically adopted the standards. Others will do so by administrative regulation.

The standards became effective July 1 for states that approve, and are outlined in a section known as the Uniform Regulation for the Method of Sale of Commodities, as shown here:
• 2.33.1. Labeling of Vehicle Engine (Motor) Oil. – ­Vehicle engine (motor) oil shall be labeled.
• 2.33.1.1. Viscosity. – The label on any vehicle engine (motor) oil container, receptacle, dispenser or storage tank, and any invoice or receipt from service on an engine that includes the installation of vehicle engine (motor) oil dispensed from a receptacle, dispenser or storage tank, shall contain the viscosity grade classification preceded by the letters “SAE” in accordance with SAE International’s latest version of SAE J300, “Engine Oil Viscosity Classification.”

“Green” Oil
A big change in motor oils is the introduction of more “green” products that contain up to 50 percent or more “re-refined” motor oil. The used motor oil in these products has been recovered and fully reprocessed using a multi-step refining procedure that is similar to that which is used to refine crude oil. The resulting base stock is as good or better than a comparable traditional base stock, and meets the same API and OEM performance
requirements when it is reformulated with the proper additives. Re-refined motor oil is being used successfully by numerous fleets, the U.S. military and ordinary motorists. – Larry Carley

Time in a Bottle — Reasons Behind Changing Engine Oils