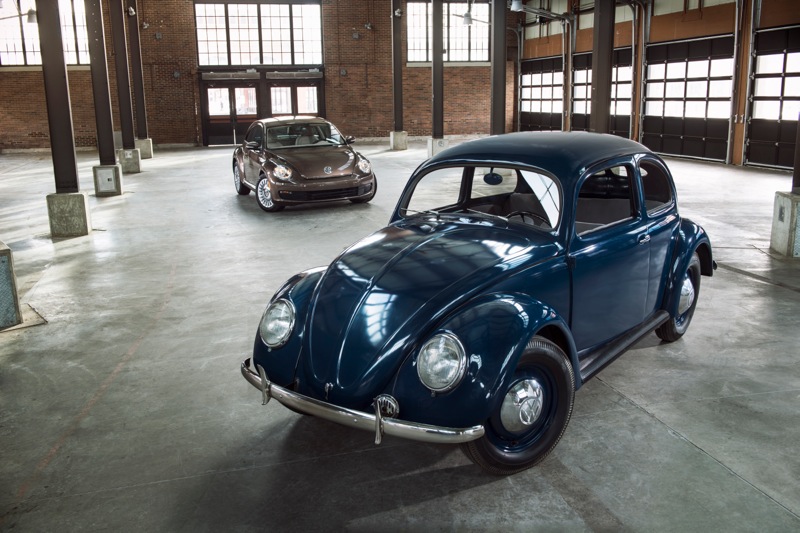 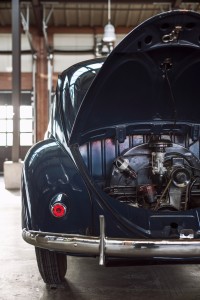 This month, the Volkswagen Beetle celebrates 65 years since it first arrived in the United States in January 1949. That year, a Volkswagen “Type 1,” or Beetle, was shipped to New York City by Ben Pon, Sr., a Dutch businessman and the world’s first official Volkswagen importer. That car—and another, subsequent Beetle—found buyers the same year, marking the first time that Volkswagen vehicles were sold in the United States.

A cultural touchstone for an entire generation and one of the most iconic cars in the world, the Beetle led to the establishment of the first Volkswagen of America headquarters in Englewood Cliffs, N.J., in October 1955. In 65 years, Volkswagen has grown from selling two Beetle models in the U.S. to a brand that offers 11 different models that are sold by 644 dealers. In 2013, Volkswagen sold 407,704 vehicles, its second straight year of selling more than 400,000 vehicles and the first time this feat had been achieved since the 1970s.

By the mid-1950s, more than 35,000 Beetle models were on the road, and by 1960, nearly 300,000 had found buyers. Americans were not only drawn to the affordability and practicality of the early Beetle, but were so charmed by its unique design, its size and its fuel economy that they’d forged an emotional bond with the cars.

“Since its arrival in the United States 65 years ago, the Volkswagen Beetle has preserved its reputation of being more than just a car, but a symbol of uniqueness and freedom,” said Michael Horn, president and CEO of Volkswagen Group of America. “The Beetle has become part of the cultural fabric in America and we are proud that its rich heritage continues to live with fans around the States.” 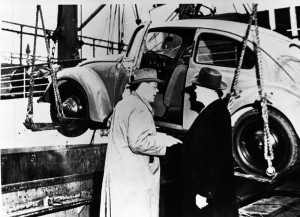 From custom paint jobs to open-top Dune Buggy bodies, the Beetle fit perfectly into the counter-culture of the 1960s. By 1968, as many as 423,008 Beetle vehicles a year were being sold in the United States. In 1977, the last “Type 1” Beetle rolled off the production line in Wolfsburg, Germany. Volkswagen introduced the New Beetle in 1998, a vehicle that paid styling homage to its predecessor, although its engine was water cooled rather than air cooled, and mounted at the front rather than at the rear.

Redesigned for just the second time in history, the third-generation Beetle entered the U.S. market in 2011. While staying true to its roots, today’s Beetle would be unrecognizable to buyers in the 1950s, thanks to its combination of powerful and fuel-efficient engines, sure-footed handling, and myriad technology and safety features. In addition to being fun-to-drive, the 2014 Beetle earned a 5-star Safety Rating from the Government’s New Car Assessment Program (NCAP).

The third-generation Beetle sold more than 43,000 units in the United States in 2013, making it one of the most popular vehicles in the Volkswagen family, and a leading player in the market for two-door specialty coupes and convertibles.