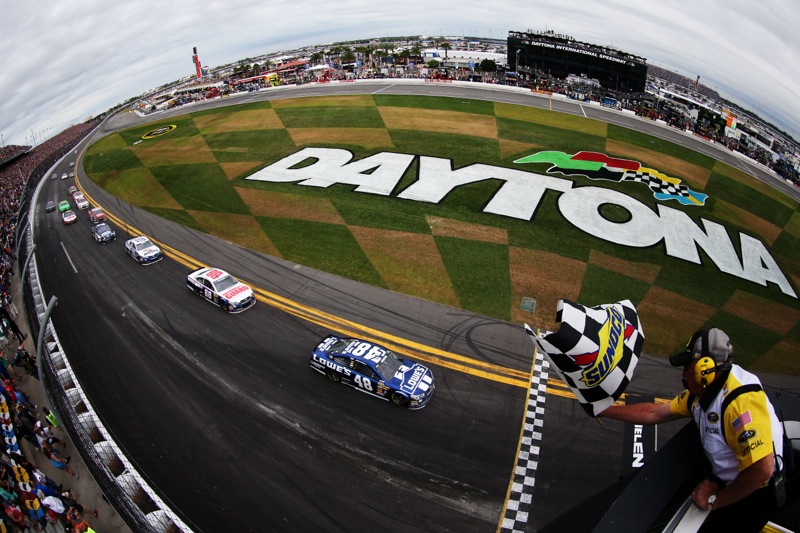 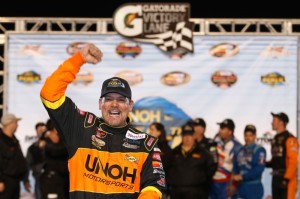 Last year, veteran Steve Park scored a popular win in the NASCAR Whelen Modified Tour race at the UNOH Battle at the Beach

That’s what the inaugural UNOH Battle at the Beach promised. And it delivered.

The event, held on the short track on the Superstretch of Daytona International Speedway, will return to the “World Center of Racing” during Speedweeks 2014, and will highlight a week full of NASCAR racing at Daytona and neighboring New Smyrna Speedway.

NASCAR’s top short-track stars will reconvene for another shot at victory, and perhaps a reprise of last season’s fireworks, on the sport’s biggest stage Tuesday, Feb. 18 at Daytona International Speedway. It comes on the heels of a successful debut on the Daytona Superstretch in which last-lap contact decided the outcome of all three races last season.

“The UNOH Battle at the Beach is a great opportunity for short track racers from around the country to compete on racing’s biggest stage,” said Daytona International Speedway President Joie Chitwood, IL. “We’re looking forward to some intense competition with two exciting main events.”

The 0.4-mile oval layout that includes part of the 2.5-mile track’s backstretch returns to host a championship points race for the NASCAR K&N Pro Series East and a non-points event for the combined NASCAR Whelen Modified and Whelen Southern Modified tours. Both races will be 150 laps.

“Fans around the world look forward to Speedweeks to kick off the NASCAR season, and we are proud to be able to present a week of short-track action leading up to the 56th running of the Daytona 500,” said George Silbermann, NASCAR vice president of touring & weekly series. “The anticipation for last year’s first UNOH Battle at the Beach was surpassed only by the number of people talking about the electrifying finishes.” 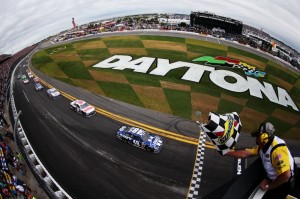 The 2014 NASCAR season starts with the 56th annual DAYTONA 500 on Sunday, Feb. 23. The Great American Race will air live on FOX, MRN Radio and SiriusXM NASCAR Radio, with additional coverage on NASCAR.com

The race will actually be the second event of the season for the K&N series, which will kick off Feb. 16 at nearby New Smyrna Speedway, a half-mile track in New Smyrna Beach, FL, now in its second year of affiliation with the NASCAR Whelen All-American Series.

Tickets and information for the UNOH Battle at the Beach as well as NASCAR’s most prestigious race – the 56th annual DAYTONA 500 on Sunday, Feb. 23 – are available at daytonainternationalspeedway.com or by calling 1-800-PITSHOP.

Fans can follow NASCAR on Twitter (@NASCAR) and stay up to speed on the latest NASCAR news by using hashtags #NASCAR, #DAYTONA500 and #ROADTODAYTONA and #NASCARBattle.

Advertisement
In this article:Battle at the Beach, NASCAR

Battle at the Beach Back at Daytona for 2014