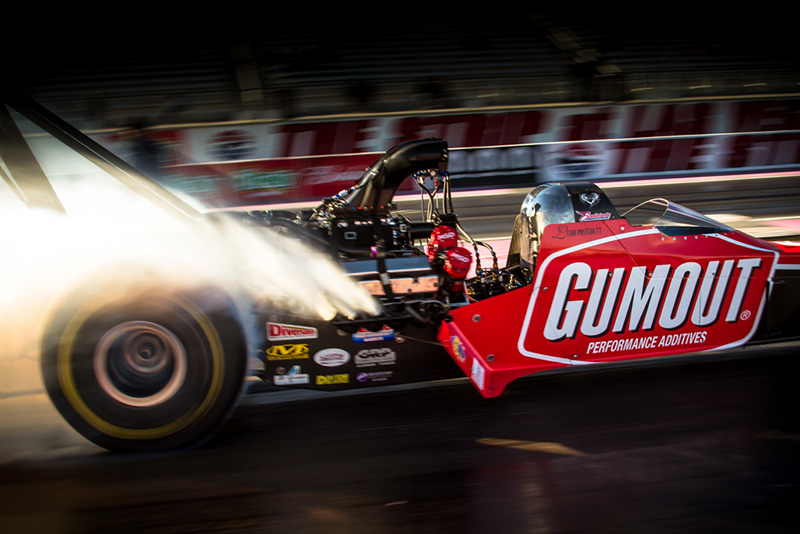 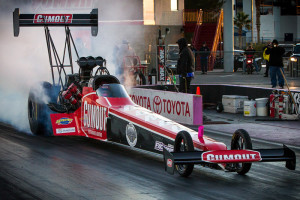 Gumout, a brand that has offered drivers numerous automotive performance products for nearly 70 years, returns to the NHRA professional drag racing ranks with the partnership with the Ohio-based Top Fuel squad and the talented California native, Pritchett behind the wheel of the Gumout/Dote Racing 8,000-horsepower, nitro-burning dragster.

“We are extremely excited to return to NHRA professional drag racing in a big way with Leah Pritchett and the Dote Racing Top Fuel organization,” said Rusty Waples, global group brand manager at ITW Global Brands. “Leah is one of the bright young stars of drag racing and a great spokesperson for Gumout. Leah and the Dote Racing team will assist us in communicating with our retailers and customers throughout the country. We can’t wait to see Leah in the Gumout Top Fuel dragster at the season-opening NHRA Winternationals at Pomona (Feb. 6-9).”

Pritchett, 25, grew up near the famed Pomona Raceway in Redlands, Calif., and actually competed in her first drag racing event at Pomona at age 8 in the NHRA Junior Dragster program. The Cal State University, San Bernardino communications graduate worked her way through the drag racing ranks including driving in the Pro Mod division and Nostalgia Funny Cars before entering the Top Fuel division in 2013. 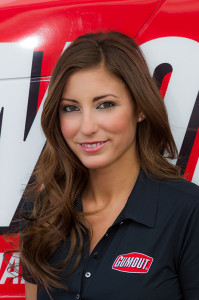 “I am so thrilled to have Gumout as a partner for the 2014 NHRA Mello Yello Series,” said Pritchett, who now lives in Avon, Ind. “I have been drag racing for most of my life as I began at age 8. I have worked on race cars in smaller divisions, but now I am driving for Dote Racing in the national tour. It is so exciting to have Gumout as our team’s major sponsor.”

The Dote Family, a three generation racing team, began in drag racing in the 1980s and is currently operated by Mike Dote, and his wife, Connie. The Dote Racing racing team joined the Top Fuel ranks in 2009 and is focused on creating a top caliber effort in 2014 with the new Gumout involvement.

The Dote Racing team, led by crew chief Doug Kuch, is based in Monroe, Ohio and hired Pritchett for the 2013 NHRA season opener in Pomona. In just her second Top Fuel race, Pritchett upset reigning NHRA Mello Yello Top Fuel champion Shawn Langdon in the first round at Phoenix. At Topeka, Leah advanced to the semi-finals with victories over Top Fuel race winners Anton Brown and Doug Kalitta.

“We believe that Leah and the entire Dote Racing team can be successful in 2014 with the new Gumout sponsorship,” said Kuch. “While Leah is fairly new to the Top Fuel class, she is a veteran drag racer who has the skills to be very competitive in the sport’s top category. With Gumout onboard, we feel we have a solid base to give Leah and Dote Racing the proper tools to go after the top teams in Top Fuel.”