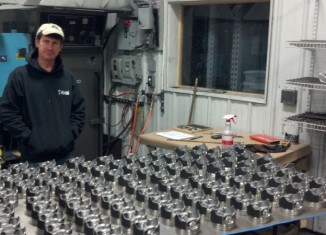 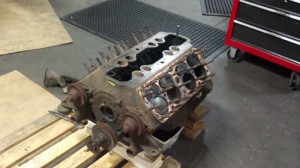 Since 2000, Abradable Powder Coatings have been used in auto production to coat supercharger rotors. These “clearance coatings” can also be used to safely minimize piston clearances, minimize piston rock and slap and promote better ring sealing and increase power.

When clearance coatings are used, leak down lasts longer, too. For the last eight years, a Clarkston, MI, company named Line2Line Coatings has been offering the same technology largely to racers, but also to old-car restorers. The racers using it are usually after better engine life, while the restorers focus on saving obsolete parts.

When you build an engine with parts that have been “clearance-coated,” you build it with clearances that would normally be considered too tight. Then, the piston “finds its own fit” under operating loads at high temperature.

It wears in until there is room for just the right film of oil. At that point, the coating stops wearing in. In a race engine, you get better sealing properties. In a vintage engine, you get to build it using pistons that might otherwise have been tossed.

The piston fitting process starts when you place an order with Line2Line to have your pistons treated with Abradable Powder Coating. 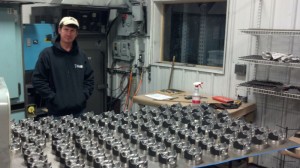 Pistons with the Abradable Powder Coating ready to ship.

In heavily modified engines, Line2Line said it will leave more gap to allow piston expansion. Measure the clearance that you have, then subtract the piston diameter at the middle of the skirt from the bore diameter.

Now you come to a step that a lot of classic car restorers will find intriguing. If there is excessive clearance between the piston skirt and cylinder bore, Line2Line can build up the piston with ArmorCC (a hard clearance coating) and cover it with SlickCC (a slippery clearance coating) for proper break in. You simply measure each piston for clearance and indicate your measurements on top of the part with a dry ink marker. The degree of wear may vary from cylinder to cylinder. Line2Line will also need you to indicate the original clearance.

Line2Line says that if none of the above apply to your engine job, you can request the thin coating (which adds 0.002 thickness in diameter) for scuff resistance and lower friction with easy assembly or you can just estimate the clearance, and error on the thick side, then achieve a force fit with a little elbow grease. 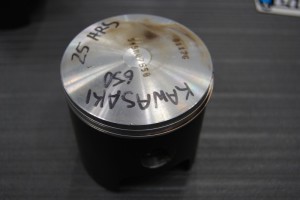 When pistons are sent to the Clarkston, MI, facility where the coatings are manufactured and applied, they should be marked up like this with a dry marker to let Line2Line know the clearance measurements you found.

Start your build by installing the piston, with no rings or oil, gently aligning each piston to its bore. The piston may be hard to start down the bore, but you try to push it all the way through. Sometimes wiggling the piston or using paper, Scotch-Brite or emery cloth near the leading edge will help get the piston started. Proceed slowly and try and try again until all the pistons start to go in.

Once the piston is in, continue to put a little pressure on it. It might get tight, but don’t force it in too much, since you need to get it out again.

If it really hangs up, remove it and look for witness marks. Abrade the witness mark areas with your favorite medium and repeat.

When you can push the pistons through with your fingertips and minor pressure, move on to the next piston. The pistons do not need to “fall through” the bore under gravity, but when all is good, they should move through the entire stroke without oil.

From this point on, use the normal cleaning and assembly procedures you would when building any engine. Oil the piston skirts at assembly. Once you get the engine built, give the engine progressive heat cycles to allow the coating to “hone” itself to the shape of the bore. 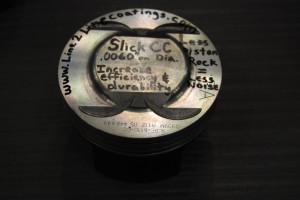 This demo piston is marked with the features and benefits of coatings such as increased efficiency and durability, reduced piston wobble and less engine noise.

The theory here is that each progressive engine start-up will take it to the next highest power and temperature level from warm-up only to light use to full-power use.

Each time it starts, the piston will expand and become tighter in the bore and the coating will abrade the tightest spots.

Each time you shut down or back off, the piston will shrink, allowing fresh oil into the tight spots. Many factors determine the minimum number of progressive heat cycles needed.

If the piston seems tight when advancing to a new power threshold, shut the engine down or back off to give it more time at the previous power level. Then, repeat.

For additional information about clearance coatings and their pricing, contact Line2Line Coatings, 4866 White Lake Rd., Clarkston, MI 48346. The website is www.line2linecoatings.com or you can call 248-625-3052.

A Fitting Solution to Lasting Longer