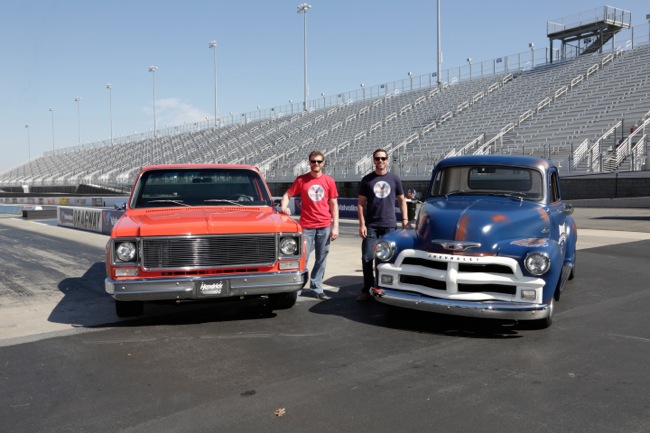 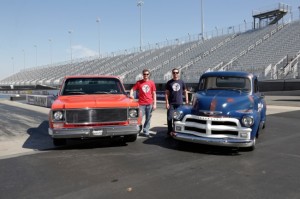 Sprint Cup Series drivers Dale Earnhardt Jr. and Jimmie Johnson inspected their finished trucks. The two then went head-to-head in a series of high-energy challenges from autocross to burnouts and even drag racing.

To kick off its new role as the Official Lubricants Supplier of Hendrick Motorsports, Valvoline teamed up with Earnhardt Jr. and Johnson earlier this year to introduce the Reinvention Project. The teammates secretly reinvented their own classic Chevrolet trucks with exacting specifications – from engine and oil, to body and paint, to wheels and suspension – and invited fans to take part by building their own truck in Valvoline’s virtual garage.

“This was so much fun to be a part of from start to finish,” Earnhardt Jr. said. “It was really exciting to see the finished trucks and compare notes with Jimmie on the finer points of our builds. Thanks to Valvoline and the expert craftsmanship from Hendrick Performance, the trucks are incredible.”

“I loved feeling the power jumping off the line during the drag race,” Johnson said. “It’s not often Dale and I get to combine our creativity and passion for cars together into one effort. I can’t think of a better way to kick off our team’s partnership with Valvoline.”

Thousands of participants logged on to the virtual garage at www.ReinventionProject.com, in an attempt to create a virtual build closest to Earnhardt Jr.’s or Johnson’s and snag the grand prize – their own classic Chevy truck. Ultimately, the drivers were thrilled to see their custom rides come to life, putting to work the under-hood expertise of some of the best mechanics in the nation.

Their Reinvention Project truck selections include: 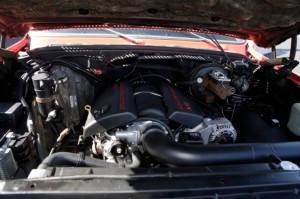 Jimmie Johnson: Johnson’s 1955 Chevrolet truck is a true original, coming from its first and only owner in Georgia where it served as a trusty farm truck, equipped with a straight 6 cylinder, 3-speed manual transmission.

The selection showcases Johnson’s deep appreciation for the styling and lines of early 1950s trucks. Engine upgrades include a Chevy LS3 V8 with 480 horsepower and a rhino-lined engine compartment.

The original navy blue paint was treated with a flat clear coat to highlight the rustic look of the authentic patina. The truck was lowered a few inches on its gunmetal grey American Eagle Boss 338 wheels and Goodyear high performance tires for a lower stance and bookended with new chrome bumpers. 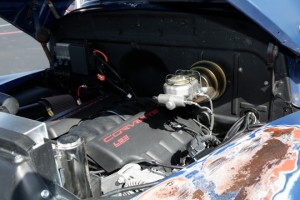 Jimmie’s truck was upgraded with a Chevy LS3 V8 putting out 480 horsepower and a rhino-lined engine compartment.

Valvoline’s full-synthetic product, SynPowerTM motor oil, served as the motor oil of choice by both drivers for the Chevrolet power plants found in each truck. This selection was made to ensure the highest quality and performance capacity to meet the demands of the two high-powered vehicles.

“Pushing ourselves to innovate and reinvent in order to help drivers get the most out of their cars is our mission at Valvoline,” said He

idi Matheys, senior vice president of Valvoline’s Do-It-Yourself Channel. “We are thrilled that we can share that passion in such a fun and engaging way with our fans.”

To see Dale Earnhardt Jr. and Jimmie Johnson go head to head with their trucks, and to find out more about the Valvoline Reinvention Project, visit www.ReinventionProject.com.

Advertisement
In this article:oil, restoration, truck