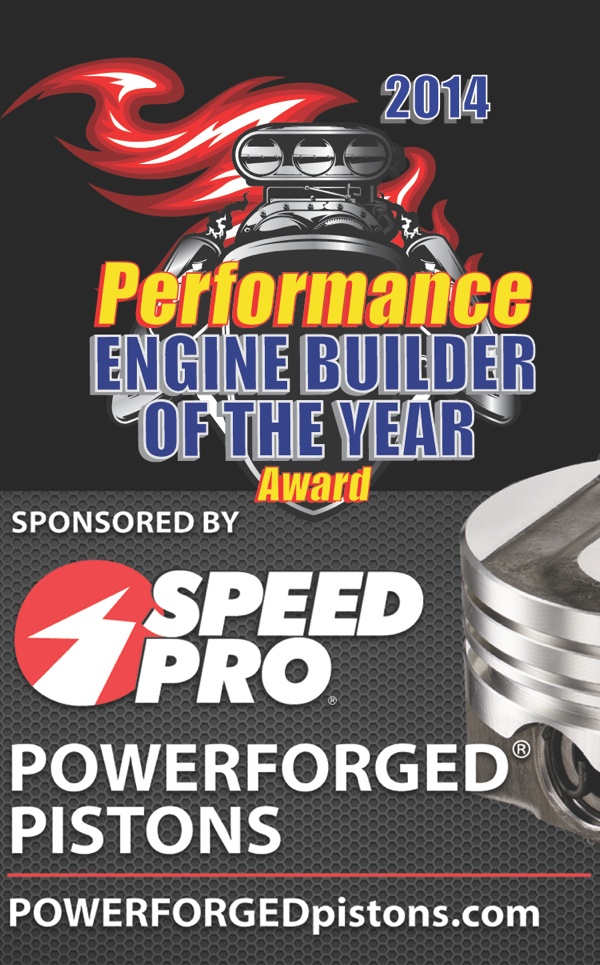 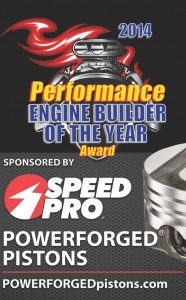 Nominations for the 2014 Performance Engine Builder of the Year Award, sponsored by Speed-Pro POWERFORGED Pistons and Engine Builder magazine are now being accepted.

Applications for the award can be found at the official award website, topperformanceshop.com, along with complete rules and prize descriptions. We’ll announce the winner at a special presentation during the 2014 AETC in Indianapolis, Dec. 8-10.

Applications will be accepted until September 31 when a group of semi-finalists will be selected and asked to provide additional information for judging. A panel of judges, including representatives from Speed-Pro and Engine Builder will select three finalists and, ultimately, the 2014 winner.