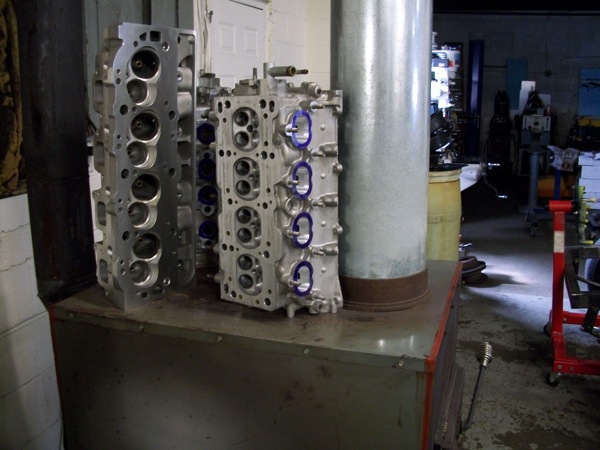 There are several memes associated with “going green.” For some, an image of a person donning a tie-dye shirt while holding up a peace sign may come to mind. For shop owner Stan White, that person’s in clean business attire.

“A nicely dressed woman comes to my shop with a smile on her face,” said White who owns RLD Performance in Temecula, CA. “I’ll ask her ‘How may I help you?’ She replies, ‘I’m here for an audit.’”

Those are the words that give shop managers and owners like White pause. Located in California, engine shops like White’s go through an intensive inspection by the Environmental Protection Agency (EPA) and California Air Resource Board (CARB) gauging the businesses’ energy efficiency. 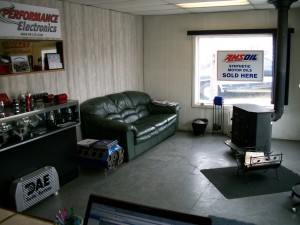 The compliance tests cover a wide array of issues for regulation including battery storage, floor drains, parts cleaners and wastewater. Rest assured, White sees that his shop is in full compliance with U.S. and state code, although it’s not exactly a favorite part of his ownership.

“Regulation is not fun. We are getting so overregulated,” White said about his shop that deals in research and development for various racing teams. “We have been practicing green forever. We use California-legal fluids and dispose of our waste in a legal, green manner. As a matter of routine and habit because we have to do it.”

While having the seal of green approval provides many benefits for the environment, it also brings a set of problems for some engine shops, White noted.

“It’s not the same as it was 20, 30 years ago. You have to maneuver around regulations and it’s hard to do it efficiently,” he said. “Now, you’re tied up with audits and visits from people hounding you. Then, you have to search for new products because the ones you got will be illegal by January 1. You take away time from manufacturing to deal with regulation stuff. Taking time from the actual ability to produce and putting it in areas that I don’t believe in.”

While adhering to government compliance adds an unwanted stress to shop owners and managers, some use it as an opportunity to realize improvement for their business. More than 10 years ago, Matthew Dickmeyer, owner of Dickmeyer Automotive Engineering in South Whitley, IN, reached an energy epiphany.

“Owning less is the same as making more and in an industry that has its up and downs, it’s either feast or famine,” Dickmeyer said. “For a shop, it can be up or down, but you still have to know how to make your $40,000 every month. That’s a scary thing to think about.”

For starters, Dickmeyer’s 5,000 square-foot engine shop, which he shares with his wife Jennifer, was built in 1947. It proved difficult to provide heat while energy costs were burning a hole through the shop’s pockets. So, Dickmeyer took his hobby of chopping wood and decided to add his pastime to benefit the shop.

Dickmeyer said the wood burner is similar to building an engine; instead of torque, the heat is the output. Once the wood fuels the burner, a squirrel-cage fan blows the hot air into the garage space. Dickmeyer said the process worked so efficiently, that it helped his parts washer tank.

“It’s a safe distance away from the tank, but it heats it up, and that helps clean the parts much better,” he said. “And it’s helpful in the winter time when cleaning a set of heads. When you wash them off, they need to dry thoroughly, especially iron heads or they start to rust immediately.

“I know, it sounds crazy, but you can blow the heads off then set them on top of the wood stove and they dry off within 45 seconds. It sounds funny, but I take advantage of those types of conditions.”

From the green perspective, Dickmeyer also realized he was on to something. Studies show distressed trees are producing methane gases more than 80,000 times that of ambient levels. For reference, the methane found in a 60-tree forest can burn the equivalent of 40 gallons of gasoline.

Dickmeyer has also taken his philosophy with energy and applied it to the shop’s finances. Instead of relying on bank notes and lines of credit, Dickmeyer insists on buying all of his equipment with cash. It’s just a part of how he’s using less to do more, he said.

“A lot of times, it’s making something out of nothing. As time goes by, it becomes something that is a part of the process,” Dickmeyer said. “We build efficient engines in an efficient shop and it worked well. We saved a ton. We have been able to work and have a business that is well within our means.”

According to the California Natural Gas Vehicle Coalition, renewable natural gas curbs pollution by using landfill methane that, in most cases, would burn off into the open air and decreases pollutants and greenhouse gas emissions as transportation fuel.

In addition to its automotive engineering services, RLD Performance also manufactures compressed natural gas refueling station compressor systems. White said he decided to venture into this business while working with a German racing team a few years ago. Surprisingly, he found that Europe didn’t recognized most alternative fuel categories.

“E85 is not natural. Propane is man made. There is only one green fuel. And that’s natural gas,” he recalled.

White was working with the company while some members of the European Union were undergoing a phase of financial uncertainty. As a result, the partnering racing team was losing sponsors and unable to continue their relationship.

“I realized at that point that (the U.S.) did not supply a compressor infrastructure,” White said. “That’s why I got into the compressor game.”

The California Natural Gas Vehicle Coalition, as well as many groups across the country, has an initiative to equip government and fleet vehicles to run on natural gas. It fits perfectly with the goal of White’s company that offers 33, 55 and 94 SCFM German-engineered Sauer-based systems.

“What’s better than 130 octane fuel?” White said. “Natural gas is proven to be safe. We have an abundance of supply. Talk about green and clean. How clean is natural gas? Gasoline has eight times more carbon and diesel is 16 times dirtier than methane.”

White said having natural gas is a win-win due to the return on his company’s investment coupled with the need to cut greenhouse gases from the environment and with the backing of the people and government, natural gas could be a regular part of our mobile society.

“If Congress got together and said, ‘Let’s get behind natural gas,’ that would put money in our pockets,” he said. “For the first time in my life in this country, I have seen a mature technology that is emerging, which is rare. Natural gas will save consumers a lot of money and time by spending less on fuel to go to work, go on vacation, do whatever they need to do. The money saved on fuel will make the quality of life go up. That’s what I want to see.”

Savings in the Shop

The Alliance to Save Energy (ASE.org) promotes energy efficiency worldwide to achieve a healthier economy, a cleaner environment and energy security for businesses.

The ASE began in response to a very critical period in our nation’s energy history – the OPEC Oil Embargo crisis of 1977 – and continues its mission today: to create an energy-efficient world.

Three and a half decades later, the Alliance is still advocating for the efficient and clean use of energy worldwide to benefit the environment, businesses, the economy and national security.

Some energy-saving tips for shops from the ASE include:

Wrap it Up: To save energy and money on heating water for your shop’s parts washers, wrap the water storage tank in a specially-designed “blanket” to retain the heat.

Invest in Strippers: Use power strips in offices, shop lobby, etc., and turn off devices and lights that are not in use to cut standby power.

Filtration: A dirty shop furnace or A/C filter will slow down air flow and make the system work harder to keep you warm or cool.

Bright Idea: Reduce energy use from about a third to as much as 80% with today’s increasing number of energy-efficient halogen incandescents, CFLs and LEDs.

The Alliance will host the seventh Energy Efficiency Global Forum  from May 20-21 at the Walter E. Washington Convention Center, Washington, D.C.

This gathering includes more than 60 thought leaders who are some of the industry’s most powerful voices and energy efficiency heads from three major world economies.