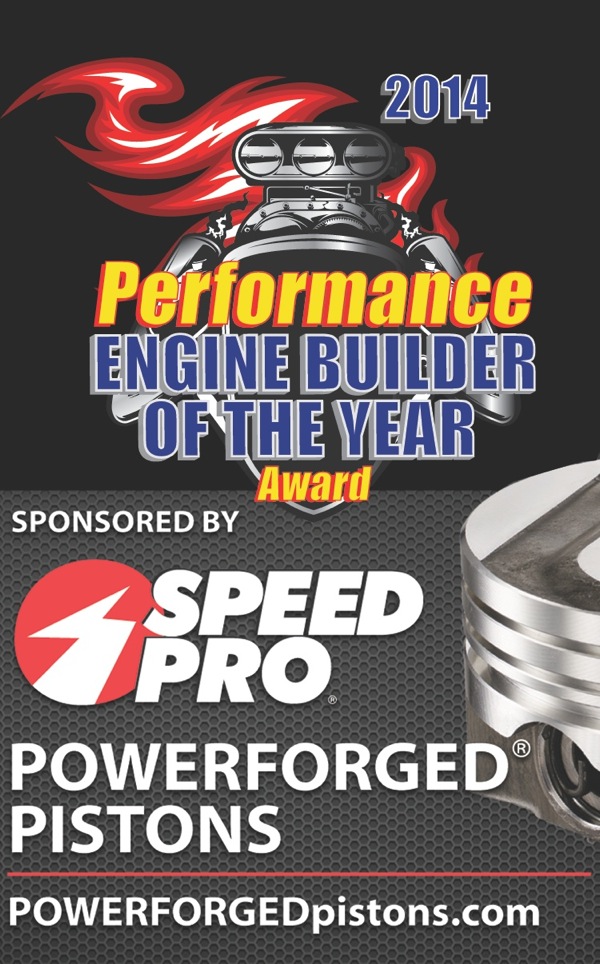 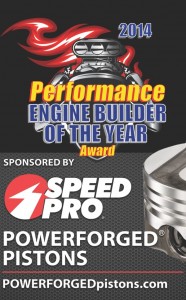 In the world of competitive eating, Joey Chestnut stands recognized as the champion hot dog consumer – last July, he set the world record by wolfing down 69 Nathan’s dogs in 10 minutes.

Eric “Mean” Melin is the reigning World Air Guitar champion as he out-pretended all other pretend guitarists last year in Oulu, Finland.

Competition drives some people to seek recognition in some very strange ways, doesn’t it?

At Engine Builder, we’re pleased to announce that the winner of the third annual Performance Engine Builder of the Year will be selected based on REAL skills and accomplishments – and this year, the award will be bigger and better than ever.

Before we get into award criteria and prizes, however, I’d like to welcome our new official sponsor, Speed-Pro POWERFORGED Pistons. The Speed-Pro brand, long recognized as one of the leading names in racing and performance, will power this year’s contest to new heights of recognition and excitement.

One thing that won’t change are the lofty expectations we put on potential winners. We will again be looking for the best example of creativity and innovation, training and education, merchandising and promotion, professional standards and conduct, appearance, solid business management, community involvement, business growth, achievement and victories.

As you read recently in this magazine (Engine Builder’s March High Performance Buyers Guide, page 16), Kroyer Racing Engines from Las Vegas is the 2013 champion. Who will be announced as the winner at the Advanced Engine Technology Conference (AETC) this December?

The race is just getting started.

Applications for the award will start being accepted at 12:01 a.m. on May 1, 2014 and can be found at the official award website, topperformanceshop.com, along with complete rules and prize descriptions.

We’ll announce the winner at a special presentation during the 2014 AETC in Indianapolis, Dec. 8-10. The winner will receive a hefty cash prize, an Apple iPad, three nights’ lodging at the Indianapolis Hyatt during AETC, admission for two to AETC, the Performance Engine Builder of the Year Award Plaque, a feature article about the business in a 2015 issue of Engine Builder, as well as numerous other prizes from Engine Builder and Speed-Pro.

Applications will be accepted until September 31 when a group of semi-finalists will be selected and asked to provide additional information for judging. A panel of judges, including representatives from Speed-Pro and Engine Builder will select three finalists and, ultimately, the 2014 winner.

The fact that Joey Chestnut holds multiple world records for eating 121 Twinkies in 6 minutes and 141 hardboiled eggs in 8 minutes may be impressive in some circles, but if you want to be the Performance Engine Builder of the Year, you’d better bring your A-game.

Advertisement
In this article:Engine Builder of the Year, Speed Pro