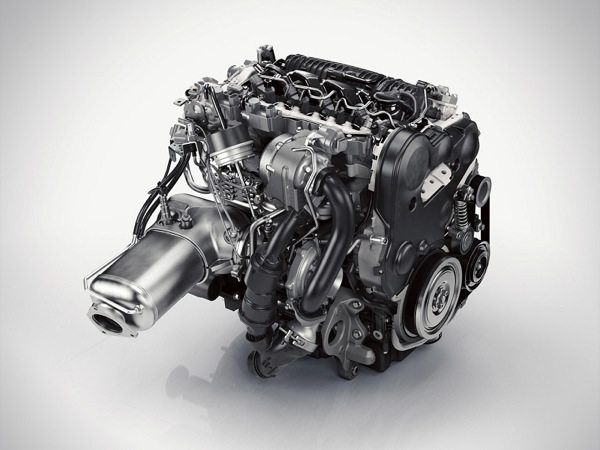 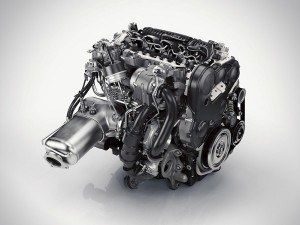 The upcoming, wholly redesigned Volvo XC90 has a lot of potential, and we’ve just gotten the details on the power-train technology to be employed on this new model.

Previous iterations of the Volvo SUV line have availed buyers with the option of a Yamaha V8 for extra, added power, but not this time. In fact, we’re not even looking at six cylinders; this power-train has only got four. The engine of choice for the upcoming flagship of the Volvo SUV line will be a 2.0 liter straight four hybrid. Don’t let the small size fool you though. The power-train is rated at just over 400 hp and produces 472 ft. lbs. of torque.

The engine relies on the twin-charger setup, utilizing a supercharger at lower engine output, while gaining the efficiency of a turbocharger at higher engine outputs. This allows for the application of a much larger turbocharger for use at higher RPM, which would not normally be facilitated on an engine this small. Using Volvo’s dual-charged Drive-E system, power delivery is optimized.

The engine delivers power to the front wheels, with the rear wheels relying on an 80 hp (60 kW) electric motor for power. The electric motor driving the rear wheels provides immediate torque during acceleration. The vehicle runs in ‘hybrid’ mode by default, but can be switched to all-electric mode with the push of a button.The new XC90 will have a purely electric range of 25 miles, and the battery pack also has plug-in capability, giving the XC90 semblance of BMW’s new i3 SUV. In the US, a reduced power-train, lacking the electric motor and hybrid system, will be available to customers as well, featuring just the 2.0 liter four cylinder engine, rated at 316 hp. 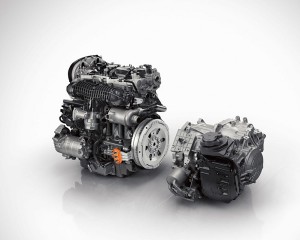 There are also less potent engine variants available, including two four cylinder turbodiesels, producing 190 and 295 hp, respectively. Turbodiesel variants offer best in class fuel consumption with an average 47 combined mpg. The new line of engines underscores Volvo’s aggressive campaign to enhance the environmental friendliness of its vehicles. The new XC90 achieves a carbon dioxide emissions rating of around 60 kg/km, and Volvo has decreased emissions across its fleet over the last year by an industry leading 8.4 percent. The next generation XC90 makes its debut in October at the Paris Auto Show, and we can expect to see it in US showrooms next spring.