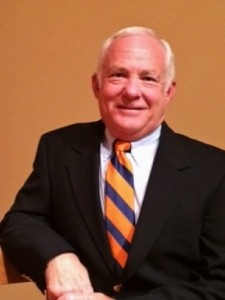 When Frank Owings grew up, his generation viewed cars as a passion. It was freedom. “When we turned 16, it was a right of passage to get a car,” Owings says. “We worked on it, we fixed it and we customized it.” For most guys Frank’s age, cars are still a passion.

And like a lot of people who are involved in the automotive industry, Frank grew up in it. He helped his father in his shop as a kid, he owned several businesses himself, and when Mark Fellanto (from Promar Precision Engine Rebuilders, Paterson, NJ) introduced him to the Production Engine Remanufacturers Association (PERA), Owings saw what a great way PERA was to keep that passion going.

Since that initial meeting with Fellanto, Owings has moved up the ranks within the association and this September, he will become PERA’s 66th president. Here is how he sees the state of PERA and the industry.

“I realized that PERA is really the think-tank of our industry,” Owings says. “Our membership is made up of some of the most prolific companies in the automotive remanufacturing business. We have Jasper, AER, LKQ and the big guys who move our industry. We’re kind of the clearinghouse for ideas.”

One of the biggest assets of PERA membership, Owings says, is the networking availability. You can pick up the phone and call a competitor and talk about a problem or challenge you’re having to seek help and advice. “That’s refreshing in a small organization,” he says. “When you’re talking to these huge companies like a Jasper and AER and you ask a miniscule question and they gladly tell you here’s what you need to do, here’s what you need to buy, here’s how you need to fix it, you don’t find that in other industries.”

With PERA’s insights and perspectives the association continues to help its members become more profitable and healthy. “What we as an organization are striving to do, and I hope I can help move this along, is provide value for our membership,” Owings says. “We’re potpourri – we have the large PERs who are 800 or more engines a month, medium-sized guys who do 150 engines a month, custom shops, engine parts manufacturers and distributors, core suppliers, equipment vendors and chemical vendors, and somehow or another they all come together and dovetail into this great organization that just helps everybody.”

That camaraderie has and will again come in handy in this industry, according to Owings. “Our market is changing, our customers are changing and the Internet sales are changing an awful lot,” he says. “Competition is becoming more acute. The marketing arena is changing dramatically, and we all as builders are trying to follow this curve and make sure we’re still on the inside of this sphere to where we can maintain our business in a healthy way.”

The remanufacturing industry has become a hyper-competitive market, but companies are still trying to build quality product. “We all strive to build a better product every time we build something,” Owings says. “It’s not necessarily what can we do to make this cheaper and make more money. I’ve not seen that. All I’ve seen are companies striving to find ways to make products better and make them last longer, from the big guys all the way down. We’re all trying to produce that quality item and market it in a competitive market and make profit.”

Despite the strong efforts of some of these companies, the industry has presented a mentally tough environment that some haven’t survived. “The environment of the market has lost a lot of good competitors that weren’t able to make it and it shaved the pool down to the guys that are left,” Owings says. “The industry is at a pivotal point as far as where we are going because our engines are changing so rapidly. Just to build the new stuff we have to buy new equipment and adopt new procedures. We’re all working on a day-to-day basis to get better and get ready for that next move.”

As the incoming president of PERA, Owings realizes he has big shoes to fill. “I follow an incredible group of guys like Steine (from Tri Star Engine Supply), Weinzapfel (from Jasper Engine & Transmission Exchange) and McGraw (from AER Manufacturing),” he says. “Sometimes I feel like I’m walking up to the tee following Tiger Woods. These guys are phenomenal and they work for phenomenal companies.”

Providing value to the association is one of Owings’ key priorities. From helping parallel AERA and PERA, to providing more quality and available assets for the association, such as freight and logistic issues, insurance issues and pollution regulations, Owings is looking to provide quality and understanding for PERA members.

“At the top of that list is ongoing education,” he says. “We have a webinar series that’s growing phenomenally. We are dedicated to making that particular program grow, because we need to educate our members as much as we possibly can when we know the product. The vendors are the first channel from OE and they are good about sharing that info.”

Piggybacking on Owings’ desire to provide more education is his desire for PERA to appeal to younger generations.

“With the young crowd that’s coming into the industry, we’re not drawing enough young people in,” he says. “We want to forge a relationship with some of the technical colleges and maybe we can provide some small scholarship monies or provide an avenue of employment for those who come through this class or program. We need to align ourselves with these universities. The people that are taking over our association, the young guys who understand our industry, have great business savvy, but there are not enough of them.”

Despite a few areas where PERA has shortcomings, Owings remains extremely positive about the direction it and the industry are heading.

“I think the industry is going to slowly explode,” he says. “We’re not talking about a catastrophic force 10, but we’re seeing business increase. We have rearranged and reinvented ourselves and have kept going, and we will keep going.”

Advertisement
In this article:Frank Owings, PERA