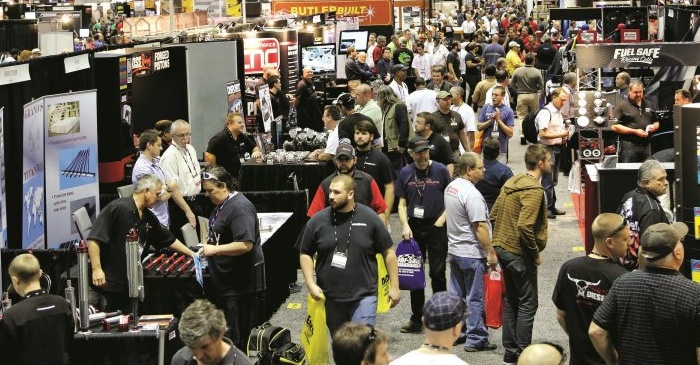 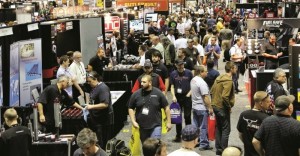 After seeing success in its return to Indianapolis last year, PRI show producers are preparing an even better event for the 27th Annual Performance Racing Industry Trade Show, to be held at the Indiana Convention Center in Indianapolis from December 11–13, 2014.
The PRI Trade Show returned to Indianapolis last year for the first time since 2004 after the show’s owner, the Specialty Equipment Market Association (SEMA), acquired the International Motorsports Industry Show (IMIS), consolidating it with the PRI Trade Show under the PRI brand.
“The 2013 show was a huge success for both exhibitors and attendees,” said PRI Trade Show Producer John Kilroy. “Yet, we have areas that we’re looking to fine tune and improve on to insure we present the most incredible showcase of the latest advances in racing technology in the show’s 27-year history.”
With that in mind, the decision was made to open more space in the exhibit halls to accommodate additional racing parts manufacturers as exhibitors by not allowing trailers inside.
“We’re zoning off streets adjacent to the Convention Center for trailer exhibits, and there will be many trailer manufacturers with regular exhibit booths inside the Convention Center. We just won’t have trailers inside the Convention Center,” relayed Kilroy. “In turn, that will allow for additional space to bring more exhibitors inside the exhibit halls.”
This year’s PRI Trade Show is expected to play host to exhibits from over 1,100 racing companies occupying 3,000 booths, and attract tens of thousands of racing professionals from across the U.S. and 70 countries around the globe. The move to the heart of the powerful MIdwest racing market proved to be popular among exhibitors.
“We were told countless times that Indianapolis is where the PRI Trade Show belongs, and we agree with that 100 percent,” said Kilroy. ”The number of racing industry exhibitors went up by over 25 percent and we printed up more credentials than at any other PRI Trade Show.”
Accompanying the show will be a Race Industry Week activities consisting of more than 35 conferences, seminars and other special events that will provide discussion and share insight on the latest technologies and how to apply them throughout the racing world.
Also returning is the ever-popular Grand Opening Breakfast on Thursday morning with MAVTV’s Dave Despain.
For additional information: www.pri2014.com.