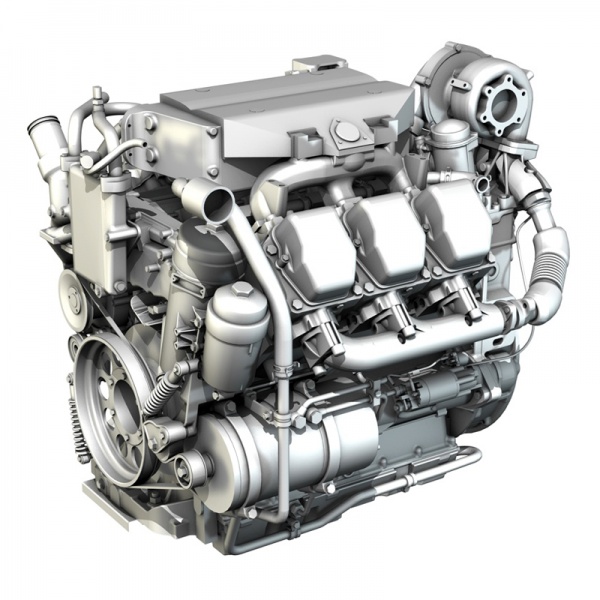 The diesel engine replaced steam engines that were being used in locomotives and ships. The diesel engine also became widely known for its use in submarines, stationary power plants and trucks. In the last 100 years, the diesel engine is credited as the modern day workhorse, as there is an abundance of high torque at low RPM. 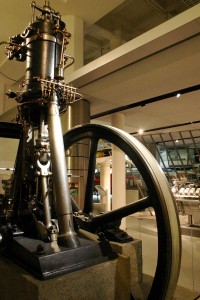 Diesel’s original 1897 engine on display at the Deutsches Museum in Munich, Germany.

It’s funny when I think about the generation change as it relates to cars. When I was in high school, it was all about performance and there was nobody who wanted to be seen driving to school in a four-door automobile. It was all about high performance in a two-door car that could pound the ground, never be too loud, not emissions compliant, and gas mileage was not a problem.

Being “king of the hill” among your classmates was all about who had the baddest (yes, that is a word) and fastest car. I guess it is still the same today, just in a different way. Today, the younger generation prides itself in the awe of a diesel truck. Who would have ever thought it?

But, it is a great thing and in essence a beauty. The diesel truck has come a long way and is something to be proud of. I feel as though it opens up a learning opportunity for the younger generation on the changes that have taken place in diesel design that allows them to enjoy the earth-shattering torque that they feel in the seat of their pants. But, there is one matter of importance that needs to be clarified when taking in the appreciation of the modern day diesel engine. What I am referring to is the history of the diesel engine and how it came into existence.

When I really love something, I want to know everything about it. If it is an engine, I want to know the history and why it came into existence along with the internals such as bore, stroke, compression ratio, rod length, journal sizes and torque specifications, etc. But, when I see young kids with their diesel trucks, all I hear is “more black smoke” or “coal rolling.”

The sad part is no one seems to know why all that black smoke is considered “coal rolling.”

Every once in a while, I have the opportunity to mentor students who are upcoming seniors in high school. They are at a crossroads in life and are trying to decide on a career path.

The students I mentor are basically job shadowing me, and the life of a diesel mechanic, to see if this is something that they may want to pursue. Often, they own a diesel truck or are just intrigued in the fundamentals of the diesel engine. The very first question that I ask is, “Where did the diesel engine come from?”

The answer is often a shrug of the shoulders and no one knows the answer.

We’ll, let me give you the answer; the forefather of the internal combustion engine that “rolls coal” was none other than Rudolf Diesel, and I want to tell his story. We will cover the coal rolling in a little bit.

Rudolf Diesel was born in Paris on March 18, 1858. His parents were Bavarian immigrants who had moved to France in search of a better life.

In 1870, at the age of 12, Rudolf and his family, which consisted of his father Theodore, mom Elise and his brother and sister, were forced to leave France because of the Franco-Prussian War. 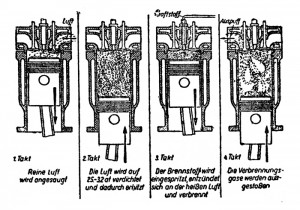 In the Diesel’s engine design, the intake air is so highly compressed that it heats up ignites the fuel.

His mother chose to send Rudolf to Augsburg, Germany to live with his aunt and uncle to become fluent in Germany and to attend a trade school.

Rudolf enjoyed school and at the age of 14, he wrote a letter to his parents informing them of his passion to become an engineer. This letter upset his parents because they were in hopes of him wanting to join the labor force and get a job. At the age of 15, he finished his basic education at the top of his class and enrolled at the Industrial School of Augsburg. When Rudolf turned 17, he was granted a scholarship to attend the Royal Bavarian Polytechnic of Munich.

This is one of the largest and most notable institutes in Germany, that in fact is still in business today.

In 1879 at the age of 21, Rudolf was getting ready to graduate from the Royal Bavarian Polytechnic and take his final exams. But, before he could take his final exams, he became ill with Typhoid. Typhoid is a bacteria disease that was transmitted by the ingestion of food or water contaminated with the feces of another infected person. The “fever” lasts for approximately three to four weeks until the symptoms subside. During Rudolf’s time being sick with Typhoid, he missed his exams at the Polytechnic.

While having to wait for another year for a reexamination date, Rudolf went to Switzerland and worked at Sulzer Brothers machine works. Sulzer Brothers primary focus was machining solutions used in the locomotive industry. While working at Sulzer Brothers, Rudolf used these experiences to further his engineering degree.

In 1880, Rudolf returned to Germany, took his final exams at the Polytechnic and graduated. He then returned to Paris and went to work for Carl Von Linde. Rudolf knew Von Linde because he was one of Rudolf’s professors at the Polytechnic. Carl Von Linde was a designer of refrigeration units and had made for himself quite a reputation. Linde was the founder of what is known as the Linde Group, which is a supply chain of industrial gases today.

Linde’s research with oxygen and his investigation of its role in chemical reactions changed the science of chemistry.

In 1877, Linde invented the first reliable and efficient compressed ammonia refrigerator. This invention quickly spread, replacing dry ice refrigeration units for food purposes and also in industrial applications. In 1881, Rudolf assisted Linde in his refrigeration business and became director of the plant.

Something to mention here is that Linde, though he was successful at the refrigeration business, went on to work with industrial gases. In 1895, he succeeded in liquefying air by first compressing it and then letting it expand rapidly, which cooled it. He obtained oxygen and nitrogen from the air by slowly warming it. The biggest use for his gas was the oxyacetylene torch, which revolutionized the steel industry for its cutting abilities. Later on, oxygen became more widely used in industry along with other places such as hospitals. Also, oxygen was experimented with and used as rocket fuel.

In 1883, while Rudolf was working for Linde, he got married and gained numerous patents on his designs both in Germany and France. From 1881 all the way until 1890, Rudolf worked on his idea of an expansion engine that would use ammonia vapor just as the refrigeration units of Linde’s did. So, he constructed a steam engine that would produce ignition using ammonia vapor.

During his testing, the engine exploded and nearly killed him. After many months in the hospital and series health and eyesight problems, he began designing his own diesel engine that would replace the steam engine. Rudolf understood thermal dynamics and in 1893, published a paper on his work called “Theory and Construction of a Rational Heat Engine to Replace the Steam Engine.”

Rudolf realized that the steam engine wasted 90% of its energy, and he was driven to produce an engine with more efficiency. So, Rudolf experimented with the “Carnot Cycle” – which was utilized in the refrigeration business. The “Carnot Cycle” is a thermal dynamic cycle that accepts heat energy from a high temperature source and converts a portion of that energy into mechanical energy or work.

The greater the temperature differences between the source and “sink”, the greater the efficiency of the engine. Rudolf realized that air could be used as the working media as one of the elements for his engine design. 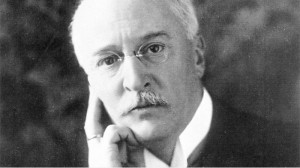 Rudolf’s research indicated that air compressed in a cylinder would rise in temperature. Fuel could then be injected into that hot air to ignite the burn. Combustion would then occur, causing the expansion of the hot gases to drive the piston.

This was relative to the “Carnot Cycle” in which there would be a conversion of heat transformed into work. Rudolf decided to patent his invention in 1892. The design of this style of engine would be the thesis for his paper that he published which was mentioned earlier.

With the help of Rudolf’s friend and Professor Von Linde, (who brought in two of his colleges to help finance the project), Rudolf went to Augsburg, Germany to perfect his invention from 1893 to 1897. At the time, there were mountains of useless coal dust pilled up in the Ruhr Valley in Germany, which was a coal mining town at the time.

On the prototype engine, Rudolf started off with high-pressure air to blast the coal dust into the combustion chamber. In trying to use the coal dust theory, the prototype engine blew the cylinder head off during one of the experiments. Four years later, Rudolf developed his engine and in 1898, displayed his diesel engine at the Munich Exhibition.

The “Diesel” engine performed remarkably and ran on a heavier fuel oil compared to gasoline fuel. The engine also proved to be very efficient.

The “Diesel” engine was a huge success. Interest in the design was sought after worldwide. In 1899, a new company was established in Augsburg, Germany to produce the engine, but its creation had taken its toll on Rudolf. Illness and other physical impairments from over-working in the development stage had crippled Rudolf. With the lack of Rudolf’s participation, the development plant in Germany turned into a failure. Progress of the “Diesel” engine kept on going in other areas around the world and Rudolf, when able, would tour and give lectures on his design. However, his involvement with the engine slowly declined.

On the evening of September 29, 1913, Rudolf boarded the post office steamer ship named Dresden headed for a meeting in London. Aboard the ship, Rudolf had dinner and returned to his cabin around 10 p.m. He asked for a wake up call for 6:00 am the next morning, but was never seen alive again. At 6:00 am the next morning, it was discovered that his cabin was empty and his bed was never slept in. Also, his night shirt was neatly laid out along with his watch beside the bed. His hat and overcoat were found neatly folded beneath the afterdeck railing.

Ten days later, a body was discovered by a ship floating in the ocean near Norway. The body was too decomposed to bring aboard the ship so articles such as wallet, knife, eyeglass case, etc., were retrieved and the body returned to sea. On October 13, 1913, these articles were identified by Rudolf’s son to be his father’s.

Rudolf’s death today is still a mystery and there have been many speculations as to whether it was homicide or suicide.

Some say that Rudolf was deeply in debt, while others say that his invention of the “Diesel” engine had become an interest in neighboring countries for the war effort.

Even though Rudolf was dead, the “Diesel” engine continued to emerge and develop. The diesel engine replaced steam engines that were being used in locomotives and ships. Because the diesel engine was so heavy, it was never an option for an aircraft. The diesel engine also became widely known for its use in submarines, stationary power plants, and trucks.

In the last 100 years, the diesel engine is credited as the modern day workhorse, as there is an abundance of high torque at low RPM.

The Origin of 'Coal Rolling' and the Story of Diesel's Evolution