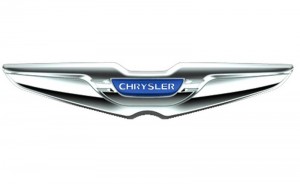 Chrysler Group LLC, the Auburn Hills, Michigan-based automaker, has announced that it has changed its company name to FCA US LLC.

The name change is effective immediately and follows the naming convention of its global parent company, Fiat Chrysler Automobiles N.V. (FCA), which officially adopted its new name in October when it listed on the New York Stock Exchange.

The name change to FCA US LLC does not affect the company’s headquarters location in Auburn Hills, Michigan, its holdings, management team, board or brands.

FCA US, together with parent FCA, continues to work toward the business plan presented on Investor Day in May 2014. Additionally, the Company remains proud of its joint heritage. FCA US continues to build upon the solid foundations first established by Walter P. Chrysler in 1925 as well as a rich Fiat heritage that dates from 1899.

FCA US employs more than 77,000 employees worldwide, with 96 percent of its workforce based in North America. FCA US operates 36 manufacturing facilities, including 23 in the United States, six in Canada and seven in Mexico.