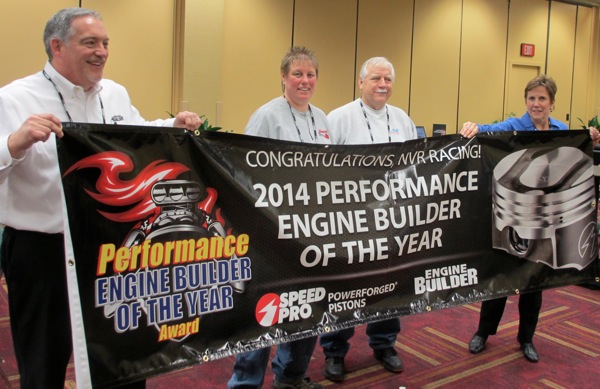 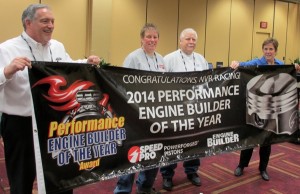 Nickerson was presented the award by Engine Builder magazine publisher Doug Kaufman at a press conference Friday at the Performance Racing Industry Show (PRI) in Indianapolis.

NVR is a race-oriented engine shop that builds mostly circle track and drag vehicle engines. With more than 40 years in the industry, Nickerson works with his wife Cindy handling mostly Chevrolet builds, as well as other nameplate engines, with the occasional Ferrari job.

A feature on NVR Racing will be presented in the March High-Performance Buyers Guide issue of Engine Builder magazine.

The two finalists in this year’s competition were:

Prizes also were distributed to the two finalists including: