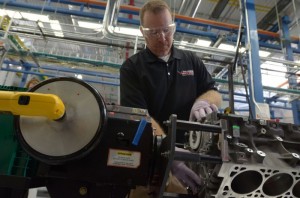 Back in 2010 General Motors decided to let Corvette owners build their own engine and sell that opportunity as a factory option. Those who bought a Z06 or ZR1 Corvette and paid $5,800 and signed up for the program traveled to GM’s Wixom, Mich. “Performance Build Center” and rolled up their sleeves.

At Wixom, they would work under the guidance of a GM engine builder, putting together the engine destined for their car. At the start of 2013, the automaker announced that the Wixom Performance Build Center would close at the beginning of the next year. That sounded like the end of the program.

As things turned out, it was really a new beginning. A new facility opened near the Corvette factory in Bowling Green, Ken. Now, the new Bowling Green Performance Build Center is bringing back the build-it-yourself engine program. This time it’s aimed at 2015 Corvette buyers. The program starts in March and the price is being dropped down to $5,000.

“It gives customers a chance to bond with their new car,” said Corvette product manager Harlan Charles. With the new Build Center being close to the National Corvette Museum, o the program will now be handled by the museum. 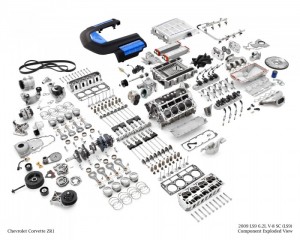 As in Wixom, Corvette engine builders will work alongside a trained assembly technician. Each owner-built engine will feature a plaque identifying the owner/builder and the date of the engine’s construction.