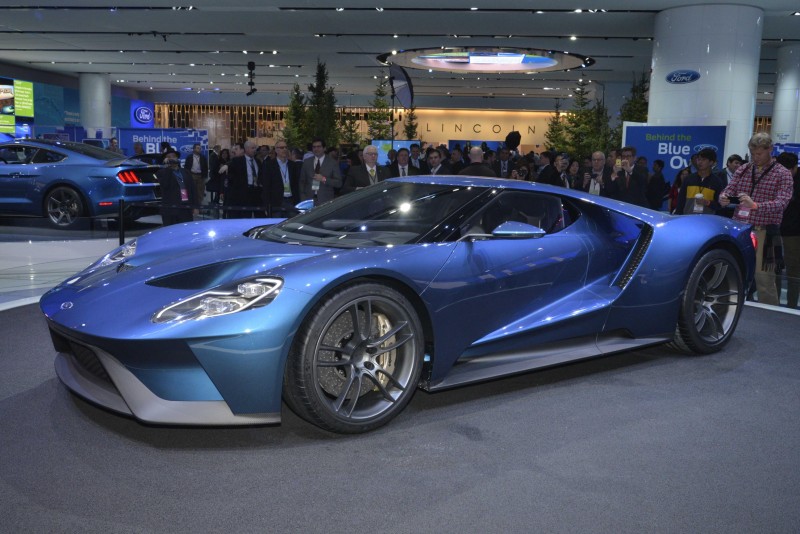 As a certified (or certifiable) gear head, one of the things that makes winter more tolerable is seeing what the manufacturers bring to Detroit’s greatest car show – the North American International Auto Show (NAIAS). The 2015 edition of NAIAS opened its doors to media-types Jan. 12-13. NAIAS has typically positioned itself as the “strategic choice” for manufacturers from all over the globe to launch new vehicles and concepts on a world stage.

As a certified (or certifiable) gear head, one of the things that makes winter more tolerable is seeing what the manufacturers bring to Detroit’s greatest car show – the North American International Auto Show (NAIAS).

The 2015 edition of NAIAS opened its doors to media-types Jan. 12-13, and it had another solid gold hit with the buzz surrounding one car in particular. NAIAS has typically positioned itself as the “strategic choice” for manufacturers from all over the globe to launch new vehicles and concepts on a world stage.

And, as expected, automakers brought their A-game to the 2015 show. NAIAS organizers counted 55 vehicle introductions, mostly worldwide, in front of 5,025 journalists from 60 countries around the world including first-timers: Cambodia, Montenegro and Guinea.

NAIAS Chairman Scott LaRiche attributes the horsepower-induced mood of the show floor over the two-days of Press Preview to 49 worldwide, and six North American vehicle introductions, nine of which were concept cars.

“Consumer confidence is high, production numbers and automotive sales continue to climb, and the global industry is stronger than it’s been in years. And our manufacturer partners have committed to bring their most important, global vehicle reveals to Detroit,” said Scott LaRiche, chairman, NAIAS 2015.

NAIAS is ranked along with other top shows in the world including Geneva, Frankfurt, Paris, Tokyo, Beijing and Shanghai – and it doesn’t hurt that it’s the first show of the new year either. The show attracts top industry brass and a large throng of media, which we can attest to firsthand as we couldn’t find a seat at any of the tables in the media center. But don’t feel bad for us, we still managed to find the lunch tables and snack carts.

Here in no particular order are the top cars of Detroit: 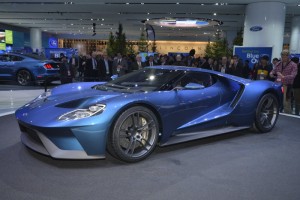 Without at doubt, seeing this car’s debut was worth the trip to Detroit. Even driving around for an hour aimlessly looking for a parking spot while we missed the press conference didn’t dampen our enthusiasm or the crowd around it. Yes, the 2017 Ford GT was everything you want in a supercar – aggressive looks, exotic materials, big powertrain. If there was any slight let down it was that the 600 hp twin-turbo Ecoboost engine was maybe slightly underwhelming compared to other muscle cars coming out of the Motor City. But if you look at what the next target is for Ford supposedly – 2016 LeMans on the 50th anniversary of the first Ford GT40 win in 1966 – the package looks about right for a GTE Pro LeMans entry. 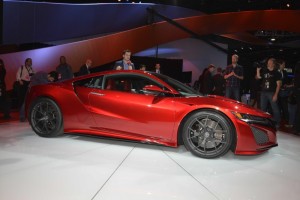 Acura’s long-awaited introduction of its redesigned NSX was built up to be the biggest story of the showuntil Ford stole the spotlight with its GT, but still the new NSX was a big deal. The new NSX looks every bit like a supercar only it is rumored to retail for much less than a standard supercar price tag at $150,000. The Speedville team thought it resembled a McLaren 650S, and it really does if you squint and make it a different color. The NSX is a refresh of the highly successful first generation model that was introduced in 1987. Some journalists were very unimpressed with the NSX but it looks like what you would expect from Acura – a safe performance bet that will deliver on its performance promise. The twin-turbo V6 is coupled to a nine-speed dual-clutch transmission that was developed by Acura specifically for the new NSX. 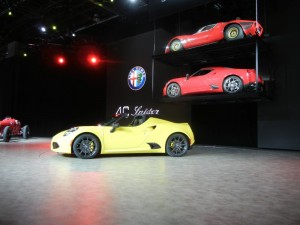 Alfa really pulled out the stops for their display of the new 4C Spider and the heritage behind the spyder concept. Honestly, I think the car was somewhat upstaged by their gorgeous historic cars in the background that were essentially props. But nonetheless, the Spider looks to be a solid hit for the baby boomer’s living in South Beach. Alfa has pinned its hopes on the 4C Coupe and Spider to make its North American comeback, and it’s a solid bet that they will be successful. The ultra-lightweight cars boast supercar like performance out of a 1.8L direct injected turbocharged engine that produces 240 hp. The Italians know how to build sex appeal and the 4C Spider has it in spades. 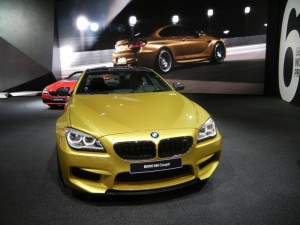 The BMW display is always a crowd pleaser, and last week’s intro was no different. The German company unveiled an aggressive looking face-lift on its M6 Coupe that is aimed at the high-end luxury performance market. It would be great to flog this on the track but also is civilized enough as a daily driver even though it’s a 560 hp beast (the 4.4L M TwinPower Turbo V8 makes 560 horsepower and 500 lb-ft of torque). It comes with an available 6-speed manual transmission for the U.S. market, or 7-speed dual clutch transmission (DCT) if you prefer. The M6 is also available with M carbon ceramic brakes, LED headlights and M-specific double-bar kidney grille as well as unique M gills, side skirts, and the forged 19-inch M light-alloy wheels (20-inch M light alloy wheels are an option). 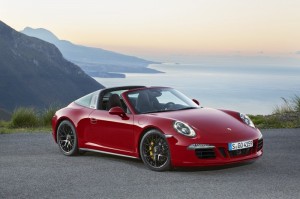 Harkening back to some of the most iconic 911s is the new Targa 4 GTS. The 911 Targa 4 GTS certainly didn’t disappoint the crowds gathered in Detroit. The specimen unveiled was a stunning red, presided over byPorsche chairman Matthias Muller. The top is completely retractable at the touch of a button and comes with all of the standard amenities you’d expect from a modern 911, but this is the first Targa ever to have all-wheel-drive and is beefed up with a 430 hp 3.8L flat-six boxer engine. 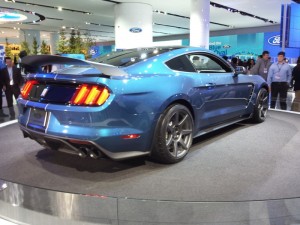 While then Ford GT was spectacular, the Shelby Mustang GT350R deserves a little bit of attention as well. Employing an all new 5.2 liter V8, the GT350R adds a sizable horsepower bump. Specific power figures have not yet been announced, but they are rumored to be well over 500 horsepower and 400 lb.ft. of torque, and Ford has promised this to be the most track capable Mustang ever. 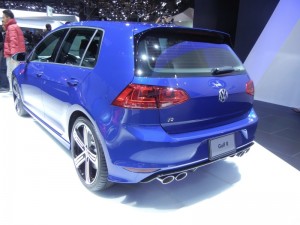 With 292 horsepower and 280 lb.ft of torque from its turbocharged and direct-injection 2.0L TSI engine, the2015 Golf R has 36 hp and 37 lb.ft. more than the previous model. Despite the additional power and torque, the new R model is considerably more fuel-efficient than its predecessor with an EPA estimated highway fuel economy rating of 30 mpg with the six-speed DSG transmission, up from 27 mpg for the previous, manual-transmission model. The Golf R models, like previous models, employs the 4Motion all-wheel-drive system with fifth gen Haldex coupling. There is also a new progressive variable-ratio steering system, and an ESC Sport stability control system that can be deactivated for track driving. 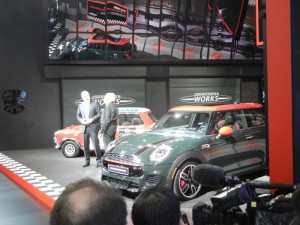 The third generation MINI Hardtop saw its John Cooper Works variant unveiled last week, and the car left a lot of people impressed. Priced from $31,450, the JCW brings German engineering to classic British flair. The JCW is a 2.0L turbocharged in-line four-cylinder engine produces 228 hp and 236 lb ft. of torque. It is available with either a six-speed manual or six-speed automatic transmission with paddle shifters and weighs in at just 2,845 lbs. Another part of the announcement was that the company will be entering the Street Tuner class of the Continental Tire SportsCAR Challenge in a partnership with LAP Motorsports starting this season.

Advertisement
In this article:Detroit Auto Show