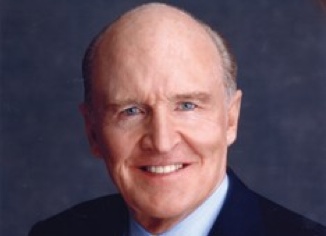 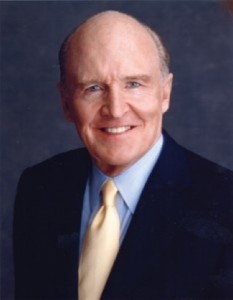 Jack Welch is one of the most successful business leaders of the last century. For those unfamiliar with him, Jack Welch was the CEO of General Electric from 1981 until his retirement in 2001.

Over his 20-year tenure, Welch earned numerous awards for his leadership as CEO, culminating with Fortune magazine naming him “Manager of the Century” and ranking GE as “the most admired company” in 1996 and 1997.

Success and Nothing Less

As the title of his 2005 best-selling book “Winning” suggests, Welch’s primary objective was to win, something he took very seriously throughout his career, particularly while at the helm of GE. As an example, if a subsidiary or division of GE was not first or second in the industry it served, it would be sold off or closed down in short order.

According to Welch, winning in business has many positive benefits, certainly far more than negatives. Winning companies are the engines of a healthy economy. They thrive and grow, creating more jobs and opportunities for growth. They are more profitable, compensate their employees better, and are able to give back more to society.

Welch is equally serious when it comes to the role of leaders in creating a winning team. “When should a boss take responsibility for failure of an employee? The answer is: Every day. Every single day. Unless the em­ployee violates a policy, steals something, you’re in it with them,” Welch said.

This “They lose, I lose” mentality works in every business and certainly applies to tire businesses. Assuming the right person was hired to begin with, it becomes the owner and manager’s job to create the proper environment and provide the support necessary to succeed.

According to Welch, leaders must invest the vast majority of their time and energy to relentlessly upgrade their team, taking every opportunity to evaluate, coach and improve performance. Too often, he believes, managers think that people development occurs only once a year in performance reviews.

Welch institutionalized a “20-70-10 Vitality Curve” model to rank and evaluate employee performance. The “top 20″ are the “A” players.
According to Welch, A Players are:
• Filled with passion
• Committed to “making things happen”
• Open to ideas from anywhere
• Have charisma, the ability to energize themselves and others
• Make business productive and enjoyable at the same time
• Exhibit the “four Es” and “one P” of leadership:
The first E is “energy.” In the tire business, and every other business, high energy matters. A Players possess stamina to go the distance, not just on deadline or during a crisis situation, but consistently day after day.

The ability to “energize” others comes next. A Players use their high energy to positively influence team members around common goals. Their demeanor and drive is contagious, persuading others to take action.

Third comes “edge,” the ability to make yes/no (not maybe) decisions. According to Welch, A Players don’t suffer from analyzing everything to death. They excel at making decisions in a timely fashion, boosting progress.

The fourth and final E is “execution.” A Players turn ideas into action and consistently deliver results. “Many people are either smart or are good executors – you’ve got to find the ones that are both,” Welch said.

The one P is for “passion.” A Play­ers demonstrate passion for both work and life in general. They’re passionate people that sweat the details and truly care about the business and their results.

These A Players are literally the MVPs of the business and Welch believes that this top 20% of employees have earned and deserve special treatment. “Make them feel loved, hug them, give them cash, give them rewards in the soul and wallet. Do everything for them. You never want your As to think, ‘Oh jeez, I’ve done all this, but I’m getting the same as this person over here – it’s terrible.’ You want them saying ‘I got recognized, the company is taking care of me, they’re pushing me up.’”

The middle 70% are the B Players, but are considered vital because they make up the majority of the organization. Welch believes these average employees must be shown what they need to do to get in the top 20%.

Not coincidentally, this is also the primary goal of my Pinnacle Performance training: to teach what A Player businesses and the high-achievers in them are doing and show the path to achieving the same results in your business.

The bottom 10% are the C Players. These non-producers do far more harm than good to the organization overall, according to Welch, and should be strategically discharged from the company sooner rather than later. “You want to tell them, ‘This is not the place for you. Tell them what their shortfalls are, tell them they’re in the bottom 10%, don’t give them a raise, and ask them to leave.”

That may sound harsh, but Welch points out that this straight-shooter method is a lot better than “false kindness,” where employees aren’t informed they aren’t performing, and then their termination is a surprise. Welch advises that you should not create false kindness, but rather sincerity and candor. “You have no right to be a leader if someone who works for you doesn’t know where they stand.”

Whereas the average business will typically conduct an annual performance review, Welch mandated quarterly performance reviews so employees would always know where they stood and what they needed to do to improve on a regular basis.

“Four times a year everybody who worked for me got a sheet of paper. It said [on one side] here’s what I like about what you’re doing, and [on the other side] here’s some things you need to improve. And in 18 months or so, if they didn’t improve, I brought them in and said, ‘It’s time for us to go our separate ways.’”

How often are you meeting with employees to review their performance? If you’re like most tire/auto service businesses, not often enough. Welch’s “two sides of one piece of paper” evaluation is easy to understand and implement and is something any owner or store manager can do to assess employee performance and provide feedback to improve results on a regular basis.

Of all of Welch’s success principles, having fun is perhaps the most rewarding.

“Fun must be a big element in your business strategy. No one should have a job they don’t enjoy. If you don’t wake up energized and excited about tackling a new set of challenges, then you might be in the wrong job,” Welch said.

The reality is if employees are not enjoying their work and/or their workplace, then the likelihood of their displeasure spilling over into their customer interactions is all but certain. The bored depressed demeanor of unhappy employees repels potential customers and contaminates the working environment, damaging morale and productivity.

Creating a fun environment is especially important for tire/auto service businesses where the majority of customers already have a certain amount of distress needing tires or experiencing a vehicle service problem. The last thing employees should be doing is contributing to their unhappy mood with a gloomy attitude and atmosphere.

Winning team cultures like the one Jack Welch created at GE, and many other highly successful businesses, understand that customer engagement begins with employee engagement and they strive to create a fun workplace that promotes high morale and motivation, and fosters positive customer relationships.

The record-high sales growth over the past two years for the automotive specialty-equipment industry is beginning to level off or subside, according to the newest SEMA market research report. Despite ongoing economic uncertainty, supply-chain issues, and rising costs, companies remain optimistic as sales remain solid and above pre-pandemic levels. Related Articles – Edelbrock’s Smitty Smith