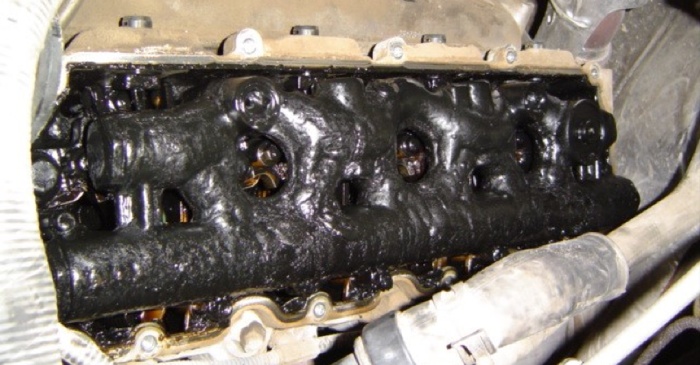 For your diesel power plant customers, there are a few things to consider for their next oil change to know if they’re giving the proper cleansing the engine needs. Negligent oil changes often lead to unwanted engine sludge and possibly engine failure. 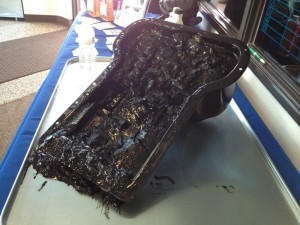 A friend of mine once said, “Most people associate an oil change with a shower.” I laughed at the time, but the more I thought about it I realized that there may be some merit to it. Think about it, when you take a shower, you cleanse away the dirt and grime and often feel and smell refreshed. When drivers get an oil change, they feel they are cleansing the engine and in theory it should now feel clean and refreshed. Even as professional engine builders, we tend to ride down the road feeling good, thinking that the engine is happy and sounding better with new oil in the crankcase and a new filter.

For your diesel power plant customers, there are a few things to consider for their next oil change to know if they’re giving the proper cleansing the engine needs. Negligent oil changes often lead to unwanted engine sludge and possibly engine failure due to the fact that the owner did not know when to properly cleanse.

Of course, the first thing that comes to mind when mentioning negligent oil changes is the owner who did not service the engine at the appropriate mileage interval. While this is certainly true, there are a few other factors that contribute to a negligent oil change that “all” owners of a diesel engine overlook. For example, Ford Powerstroke (this being the 6.0, 6.4 and 7.3L) engine owners often change their oil according to the service manual, which recommends 5,000 miles. But, the owner’s manual ACTUALLY recommends four intervals at which the oil should be changed: 5,000 miles, 3 months, every 250 gallons of fuel or 200 engine hours. Owners often focus on the 5,000 mile interval but often overlook the other three recommendations. One of the most critical of these is engine hours. Although they’re hard to keep up with, 2006 model year and newer mid-size Ford trucks have engine 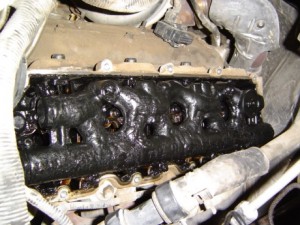 These photos are from an engine in a 2005 F-Series NYFD ambulance. The valve cover and oil pan were removed and the evidence of oil “shear” left behind from negligent oil change based on miles instead of engine hours.

hours built into the instrument panel display. If you take the engine hours and multiply by 25, this can give you the theoretical engine miles between oil changes.

Despite complaints from some customers, these recommendations are not “overkill” because after a period of time oil has a tendency to “shear.” Think of oil this way: it’s like a new pair of shoes. When you first wear a new set of shoes the soles feel great on the bottom of your feet and the cushion helps support your legs and your back along with other muscles. As your shoes start to break-in, the soles become worn, you lose the spring in your step and the discomfort sets in. Oil shear is very similar in this respect. Shear occurs when enough force is generated to literally tear the molecular structure apart. Once the motor oil shears, it quickly loses viscosity and leads to accelerated wear, oil consumption and ultimately engine damage. Viscosity is the most critical characteristic of oil. Viscosity or thickness relates to the oil’s ability to bear extreme loads and provide protection to internal engine components. Because of its rotating mass and gear train, diesel engines present a serious challenge to diesel oil to prevent shear and uphold viscosity.

In addition, diesel oil is constantly under attack from soot and fuel dilution. Soot is a by-product of combustion, which collects in the oil. This is why diesel engine oil often looks so black. Small soot particles are not really a concern as they will be captured in the oil and safely travel past the bearings and other components. But when they collect and bond together, they become very abrasive and can sand down the internal components of the engine. Soot accumulation can lead to varnish and sludge build up in the oil.

Fuel dilution, on the other hand, occurs when small amounts of unburned fuel make it past the piston rings and into the oil. Diesel fuel and diesel oil blend well together but the down side is lower oil viscosity. If you are using a 15W40, fuel dilution can eventually reduce the viscosity to an SAE 30 or even an SAE 20 level very quickly. Because of this viscosity thinning, the engine is now at risk of not getting the proper lubrication and protection.

For better viscosity stability and soot control, many diesel owners have made the switch to using synthetic oil. Despite many common misconceptions, you CAN convert your engine to synthetic oil. Remember this fact: the engine does not have a clue as to what motor oil you are using, only you do; so it gets to be sort of a mental game. 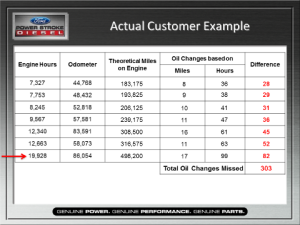 Here are five major advantages that need to be considered when thinking about converting to synthetics in your diesel:

• Synthetic oils have more detergents, which keep the engine free and clean from varnish and sludge. This is an important fact to point out to your customers. Many owners of higher mileage engines have converted to synthetic oil and complained of oil leaks. Technically, the oil did not cause the engine’s seals to leak. The problem is that there is often varnish and sludge that have accumulated around the seals and the synthetic oil is cleaning this away. In turn, the seals begin to leak (which they would have anyway if the engine was clean).

• Higher engine temperatures of today’s diesel engines put higher stress on the oil. Over time this can break the base oil down and the viscosity will actually increase. This is also known as oxidation. Synthetic oils are naturally resistant to thermal break down and are formulated with anti-oxidants to help protect against oxidation. 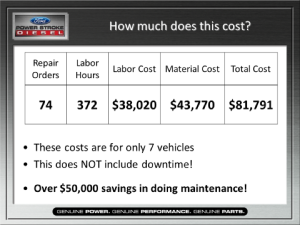 These columns represent 7 case studies taken from 2005 F-Series ambulances of the NYFD. Each row is from a separate ambulance. Take the first column for example:
The odometer reads 44,768 miles in which the oil was changed every 5,000 miles and there was 8 oil changes performed. But, the engine had 7,327 hours and if you multiply by 25 this means the engine theoretically had 183,175 miles. The oil should have been changed 36 times instead of 8.

Extended drain intervals offer a significant savings over recommended oil changes of conventional oils. Most mid-size diesel engines can safely go 25,000 miles between changes while Class 8 diesel engines can go 50,000 miles and more. But, keep in mind that in order to know the proper oil change interval you need to conduct an oil analysis. Oil analysis can determine wear particles from the engine that are normal along with contaminants such as fuel or coolant, and the viscosity rating. It is recommended that an oil analysis be performed when the engine reaches the mileage where you would normally change the oil when using conventional.

Important Facts to Share for Your Customer's Next Diesel Oil Change