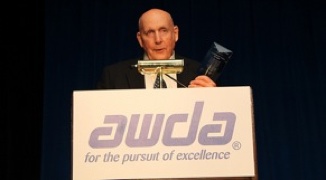 Creamer was active in the industry, currently serving as vice chairman of the University of the Aftermarket Foundation at the time of his passing, among other industry endeavors.

Former president of the Automotive Warehouse Distributors Association (AWDA), Creamer was one of the founding creators of the Global Automotive Aftermarket Symposium, a leading executive education philanthropic event that carried on for nearly two decades and continues to raise thousands of dollars for aftermarket scholarships. In 2012, Creamer was presented with the Martin Fromm Lifetime Achievement Award by AWDA.

During his time at APS, Creamer served on both the AWDA and ASIA boards of directors. This experience gave him a taste for the association world and, in 1969, he left APS to join Martin Fromm and Associates (MF&A) in Kansas City as executive vice president. MF&A managed trade associations including several that still exist in one form or another: AWDA, the Association of Diesel Specialists, Council of Fleet Specialists and the Paint, Body & Equipment Association.

As director of member services for AWDA, Creamer was responsible for the development and execution of an extensive education program. In 1995, Creamer was named president of AWDA, serving as its chief staff person.

In 1978, Creamer founded Distribution Marketing Services, which he continued to operate at the time of his AWDA award in 2012. The company specializes in M&A activity, marketing and executive placement within the aftermarket. Creamer was often called upon to assist in financial deals being considered or undertaken by aftermarket companies. He also continued to serve as an adviser to the AWDA board.

In presenting the Lifetime Achievement award to him, Mort Schwartz, himself a 2003 Fromm Award winner, said of Creamer, “Jack’s commitment to the industry has been unshakable over many decades. He is a familiar face, a contributing member, a friendly and comforting presence…a true backbone of the aftermarket industry.”