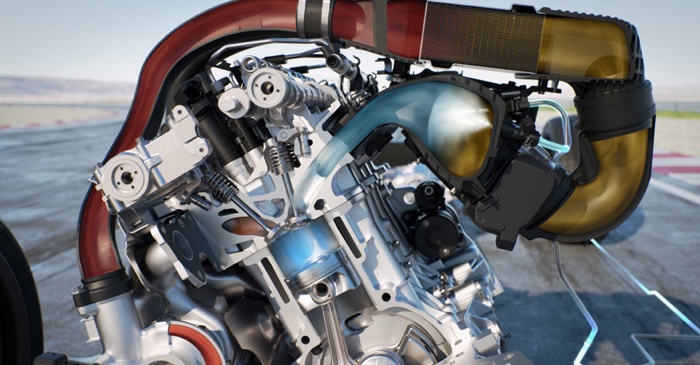 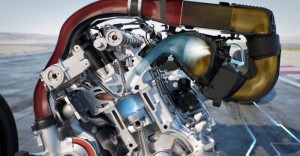 The idea of injecting water into the combustion chamber of an engine has been around since the 1940s when it was first employed in aircraft engines. While weaving in and out of cars since the 1960s, the technology has never really caught on. However, BMW recently announced that they would be marketing their upcoming M4 GTS, due to arrive this summer, with a water injection system. This development now presents the question of whether or not the technology will finally become widespread in the performance segment.

Also known as anti-detonant injection, this technology first appeared in 1962 on the Oldsmobile 215 Turbo Jetfire engine. The Turbo Jetfire was an early turbocharged design that sprayed distilled water and methanol into the combustion chamber. Chrysler also experimented with the technology in the early 1960s, and the Saab 99 Turbo offered water injection during the 1970s. Water injection was consequential on early turbocharged cars, used to keep combustion chamber temperatures lower. However, once the development of the modern day intercooler accelerated, water injection systems seemingly went on the wane.

In today’s day and age, despite the claims that water injection systems are rendered unnecessary on forced induction engines, the technology still introduces a cadre of fundamental benefits, perhaps the reason why BMW is investing in it.

The benefits of a water injection system stem from the ability of water to absorb heat in the combustion chamber and reduce temperatures. This has the obvious effect of reducing pre-ignition and detonation of fuel and thereby preventing knocking. In modern day applications, this may be used to support a higher compression ratio, for more power and greater efficiency- an adjustment usually not allowed due to the threat of detonation.

Higher levels of boost can also be reaped from forced induction engines due to the reduced probably of detonation after water injection; water cooling of the ambient intake air may allow for greater density and therefore more air content to be packed into the cylinder.

Water injection can also be used to reduce the overall thermal load on a high-performing engine by cooling engine components normally exposed to massive amounts of heat, in addition to ambient air inside the combustion chamber. Exhaust gas temperatures have also been consistently shown to be lower on water injection engines, due to lower initial intake and combustion temperatures. However, exhaust gas temperatures do increase noticeably as more methanol, which is commonly coupled with water in such systems, is added.

Common in aftermarket settings, the technology is used on high performing engines, and several companies offer water injection systems for aftermarket sale. Many use these systems to reduce the need for an intercooler or to be able to run smaller intercoolers on their engines, in the interest of lessening pressure drop through the intercooler system and eliminating resultant turbo lag; though it currently remains a subject of debate as to whether or not this is the best course of action.

Methanol injection is also commonly used in conjunction with water injection. In fact, most of the aforementioned systems being marketed today are 50/50 water-methanol injection systems. The presence of methanol effectively increases the octane rating of the delivered fuel/air mixture, affording better protection against detonation and more power. Oils have also been delivered with the water-methanol mixture, in an effort to protect metal components against corrosion resultant from the water inflow.

While water injection has been mildly popular in the aftermarket scene for some time, BMW is the first major automaker committing to bringing such a system to market in recent memory. Their water injection system first appeared earlier this year on the company’s Moto GP safety car(shown below,) which was a modified M4 variant. The company, however, announced to Car and Driver that they would be bringing a water injection system to their new M4 GTS, which will make its debut this summer at the 2015 Pebble Beach Concours d’Elegance and likely go on sale in the fall.

BMW commented that the design allowed for greater fuel efficiency, likely from an enlarged compression ratio, and they also highlighted the ability of the engine to run on lower octane fuels, resultant from the reduced probability of detonation.

The upcoming M4 GTS’ twin-turbo straight six is known to be fed by a 1.5 gallon water tank controlled by an electronic water pump and mounted in the trunk. The tank will need to be refilled approximately every five fuel stops. Naturally, the M4 GTS is a higher end performance model, and water injection systems offered by BMW will likely remain constrained to such; don’t expect your average BMW driver to be enthused about filling a water tank every five fuel stops.

In contrast to many water injection designs, the BMW system may use direct or port injection to deliver water, though this can increase production costs substantially if new cylinder head or intake port designs are required as a result; most aftermarket system inject water just upstream of the intake manifold.  It also remains unknown whether or not the BMW system makes use of methanol or other additives, as well as what type of water the tank necessitates being refilled with. The concern of added weight by virtue of the system, as well as energetic costs necessary to run the water pump, also raise significant questions which are presently unanswered.

Whether or not BMW will keep water injection technology around for the foreseeable future remains to be seen. However, the fact that the technology is being revisited by a major automaker is of interest.

Does anyone have experience with water injection systems? Drop us a comment below. More information specific to aftermarket water-methanol injection systems can be found at Engine Builder Magazine.