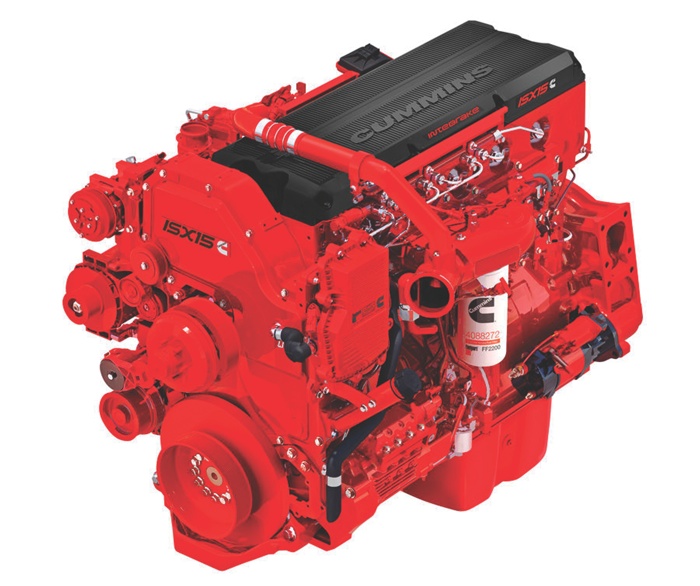 For several years now, clean air and better fuel economy have been the primary focus of the transportation industry. Back in the 1970s, the clean air agenda came into full swing and it literally crippled performance as well as reliability. At that time, the diesel industry wasn’t being regulated by any of these emissions standards, but changes were on the horizon. 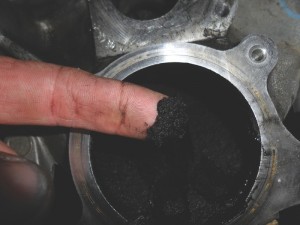 When incorporating an EGR valve on a diesel engine, the object is to bring exhaust gas back into the intake
manifold to be re-burned. When the exhaust gas enters the intake manifold, you have displaced oxygen that was being brought in from the outside air for combustion. Combustion
temperature will drop because there was not a complete burn. This in turn makes soot, which clogs everything up.

For several years now, clean air and better fuel economy have been the primary focus of the transportation industry. Back in the 1970s, the clean air agenda came into full swing and it literally crippled performance as well as reliability. At that time, the diesel industry wasn’t being regulated by any of these emissions standards, but changes were on the horizon – little did we know how far they would go.

As automobile technology continued to advance along with enhancements from fuel injection, power increased once again with greater fuel economy and lower GHG (greenhouse gas) levels. Manufacturers have used technology to design better combustion chambers, compression ratios, cylinder head flow, ignition timing, camshaft timing, piston rings, pistons, bearing material, etc. All of these changes have enabled the use of fewer emissions devices and have brought power and economy along with reliability and longevity.

But what about changes to the diesel engine today? What are manufacturers doing to keep the engines “green?” How about the reliability and integrity?

As many of you know, more stringent regulations have been put on diesel engines since the 1990s. Basically, these regulations started out as a simple device known as the catalytic converter, also known as DOC (Diesel Oxidation Catalyst), which was used to lower NOx (Nitrogen Oxide) gas.

Let me put this in a visual way – imagine, at the beginning, that the window for diesel emissions standards was the size of a sheet of standard notebook paper, 8-1/2” x 11”. As the years have gone by, the operating window for diesel engine compliance standards has become more stringent, and that clean sheet of paper has narrowed down to the size of a postage stamp. The Clean Air Act Compliance standards have demanded that diesel engines produce less CO2, NOx, and soot particulate matter.

In addition to the catalytic converter, manufacturers later installed an EGR system to further lower NOx gas. This was the easiest solution at the time because re-burnt exhaust gas lowered NOx. The drawback is combustion. When the exhaust gas enters the combustion chamber, the burn is not as hot because the system has displaced incoming oxygen with exhaust gas. Now you have lower combustion temperatures which, in turn, produce soot. Soot then tends to clog up the intake manifold and turbo and produce nasty sludge deposits.

Eventually, more compliance standards evolved to lower these soot emissions. To combat this problem, a DPF (Diesel Particulate Filter) was installed after the DOC. The DPF is composed of nonferrous alloys used to trap and displace soot particulate. The DPF has pressure and temperature sensors which regulate flow. The pressure sensors relay information to the ECM to tell when the DPF becomes full.

In the case of the Cummins ISX engine, when the DPF is full, fuel is injected into the DOC via a seventh injector known as the “doser” which is placed after the turbo in the exhaust downstream. The injected fuel in the DOC causes temperatures to rise, which will clean out the soot in the DPF and turn it into ash that comes out the tail pipe. The temperature sensors in turn relay information to the ECM on the temperature increase for proper DPF cleaning.

But, it doesn’t stop here. DEF (Diesel Exhaust Fluid) also came into the picture. DEF – also known as urea – became the quickest and easiest solution to lower NOx gas. Please take note: Though urea is often associated with urine because it is found in the urine of mammals, DEF is not urine (so don’t get ideas about how to save money). The body produces urea to breakdown nitrogen compounds in the kidneys, which are later excreted from the body in the urine.

The DEF form of urea is no different than synthetic fertilizers that are used by farmers. The DEF is injected into the exhaust stream after the turbo and becomes an instant catalyst for the NOx gas, just like the human body. This is the most effective way to neutralize NOx gas emitted from diesel engines. 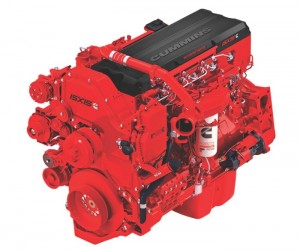 To reduce soot emissions, OEMs like Cummins turned to a DPF (Diesel Particulate Filter) installed after the DOC (Diesel Oxidation Catalyst) to trap and displace soot.

By using DEF manufacturers can use less EGR, which in turn produces less soot. In addition, injection timing can now be altered for the engine to produce power and not de-tuned like previous models utilizing full EGR operation.

Engine temperature is also another factor. It is common place for diesel engines to run a normal engine coolant temperature of 234 degrees F: the hotter the engine, the lower the emissions. To protect internal engine parts from increased temperatures, the use of synthetic lubricants has become more common.

But wait, the fun doesn’t stop there. For 2018, more stringent diesel emission standards are coming. It’s the same old ball of wax: less CO2, NOx and soot. The goal for the manufacturers set by the EPA is to lower GHG and continue to increase efficiencies. The government wants to reduce dependence on foreign oil and the transportation industry accounts for 77 percent of our domestic oil use. Transportation sources also emitted 29 percent of GHG, which has been the fastest growing emission since the 1990s.

As for now, there will be no additional emission devices placed on diesel engines, but the devices already installed will be used with different strategies by the 2018 model year. We don’t know all the details but GHG will be lowered, maybe by cycling the EGR more or injecting urea in a different way.

As for efficiency, there are internal parts of the engine that will have less drag such as the bearings and piston rings. Lower viscosity engine oil grades will replace the SAE 15W-40 which is commonly used. Almost all new diesel engines now use API CJ-4 10W-30 diesel oil. In addition, for 2017-2018 there will be a category of lower viscosity oils known as PC-11. This is all a part of the NHTSA (National Highway Traffic Safety Administration) GHG emission reduction phase that will come into effect. The oil industry is developing a new category of oil that will have a lower viscosity, offer better fuel efficiency, and superb engine protection. The PC-11 will have two categories, PC-11a and PC-11b.

PC-11a- will be backwards compatible. These new oils can be used with older and newer engines in mixed fleets regardless of oil viscosity.

PC-11b- will define new low high temperature and high shear viscosity oils and will not be backward compatible. These oils will be for 2017 and newer engines to take advantage of improved fuel economy along with superior engine protection. The oils will be designated under a completely different API category.

Lubrication expert John Martin will break the PC-11 oils down in detail next month in a special diesel-focused Engine Builder magazine so you can learn more.

Thanks to so many emissions devices, newer engines have become more expensive to operate. Many components tend to fail and become clogged which can increase downtime. Higher operating temperatures can also take their toll on internal engine components leading to more downtime.

Back in the day, many Class 8 trucks were known to travel at least 1 million or some 1.2 million miles before a rebuild. Now, trucks are lucky to see 750,000 miles before major repairs. So where do we stand with reliability and longevity? It looks as though the higher powers are scrambling around to find it while choking the engines down and passing on the price of compliance to the consumer.

An obvious benefit of course, is that someone will need to make these repairs. Are you up to the job?

Advertisement
In this article:diesels, emissions, green

Why Diesels Have Become 'Greener' and How You Can Benefit

Why Size and Strength Matters with Pushrods
Connect with us