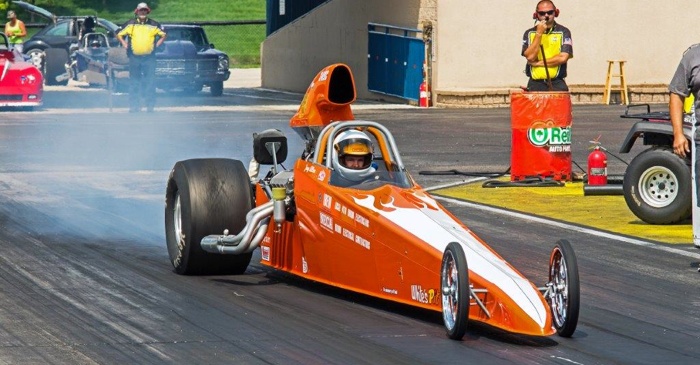 As a tech official at RT 66 Drag Strip in Joliet, Ill., since 2004, I have had the opportunity to see hundreds of bracket racing engine combinations. As a bracket racer myself early in my drag racing career I’ve been able to build my own. I’ve had unique opportunities to learn how to build winners that can translate into dollars off the track as well. 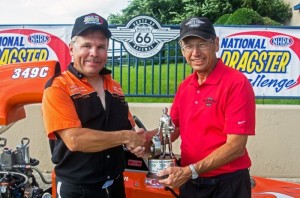 As a tech official at RT 66 Drag Strip in Joliet, Ill., since 2004, I have had the opportunity to see hundreds of bracket racing engine combinations. As a bracket racer myself early in my drag racing career I’ve been able to build my own. I’ve had unique opportunities to learn how to build winners that can translate into dollars off the track as well.

I started racing trophy class in 1969 and by 1971 I became a serious Chicagoland bracket racer. For the next five years (1971 to 1976) bracket racing paid a lot of bills. From there, I made the huge leap to National Pro Stock and later Pro Modified.

Most my local racing was at Oswego, Ill., and, at times US 30 near Gary, Ind. At those two tracks the top bracket class was called Run Tuff Eliminator (RTE) and to compete you had to dial 12.50 or quicker.

Run Tuff rules differed significantly from other bracket racing. In RTE, on a double foul, instead of the racer with the lesser infraction being declared the winner, both racers were out. Even on a bye run, if you fouled, you were out. And just breaking the beam on a bye wasn’t enough either: You had to make a full run.

During those five years, I won my share of RTE events and had two season RTE championships, one in 1973 and again in ’74.

To be successful at bracket racing, a good reaction time and consistency is paramount, as is knowing when to take – or not take – the win stripe. All that comes with practice and experience. The goal for the bracket racer is to find a comfortable ET to dial and the ability to go many rounds. For this a bracket race type engine is needed.

Bracket racers use all brands and sizes of engines. The higher level bracket racers, just as in NHRA’s traditional higher classes all the way to Top Fuel, tend to use the traditional domestic ’60s pushrod V8 design loaded with aftermarket parts.

Most bracket cars are door slammers. It seems as if lately in Super Pro, a big stoker engine, with a big four barrel carburetor in dragsters running 8s to low 7s, seem to be dominating.

When finding that comfortable happy spot to dial the ET, a good bracket racer does not make big changes to go faster for no reason. No change at all is best, if you are at that happy spot. Just drive well, and service and tune the engine and car well.

Of course, your customers expect their bracket race engine to be very dependable. After two timed runs, a weekly huge car count may take eight or more rounds per event in some bracket classes.

Good cooling and an alternator are essential. Use some short track stock car racing mentality. The racer needs to go the distance. At most bracket venues, the last few elimination rounds usually become “Round Robin,” where the drivers are right back to staging after each run.

Enough power is needed to run at least two tenths quicker than the minimum of the bracket. For example, if running on the slow end of Super Pro ET, that has a minimum dial of 11.99, be capable of 11.70s. But keep the cushion in reserve.

For a serious purpose-built bracket engine, strong durable components are needed. Use good steel rods, forged pistons, a good crank and stainless valves. The cam needs to be sensible. No radical extreme lifts, and high RPM usage. Keep things easy on the valve train. The special valve springs need to be kept accurate for consistency and endurance. 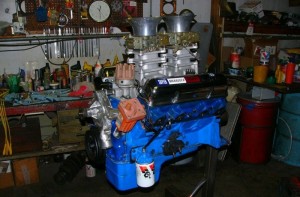 This is my own freshened 427 Ford FE tunnel port ready to go back into my Big Animal.

Major cam companies have good descriptions of their catalog cams. You’ll find several choices, and what level and type of usage (street, bracket race, oval track, etc.). The info will also tell the effective RPM spread, best compression ratio, rear gearing, and type of transmission. If the car has an automatic transmission, the amount of stall and car weight is recommended.

Although I have used many special grinds, dealing personally with the cam grinder, I have found the cam company’s catalog descriptions to be very accurate. If in doubt, call your supplier’s live tech department.

Always use good roller rockers, and be sure you have the correct geometry and strong pushrods. If stud type rockers are used, a stud girdle has several attributes besides helping control deflection. A stud girdle clamped to poly locks eliminates worry about rocker adjustments coming loose. Those aluminum girdle bars help transfer heat, and the oil splashed on them drips down on the springs helping to keep them cool and lubricated.

Most serious bracket racers including those in Super Pro still use uncomplicated carburetors and ignition. Keep induction simple.

Although some racers use crate engines today, a colleague and associate of mine says he builds big block stroker Chevys making 600HP for $7,500 using a stroker kit and modified 454 iron heads with huge valves. If he can make money doing this, you can too.

Those light dragsters with a big horsepower engine don’t only accelerate quickly, they can decelerate quickly like a motorcycle – it’s very important to have that control at the finish line. Some legally use a short burst of nitrous for that advantage.

Driving one of those Super Pro monster dragsters is a marvel. Once the electronics are dialed in, and the car is staged, the reaction time is determined by how quickly you can let go of the trans brake button. Then you are off and away. Down track the electronics shift the car into high. No levers, clutch or shifter to deal with like I used to do. The driver just hangs on, with only very gentle steering and decides what to do at the stripe.

Here is an Animal Jim tip I learned early, about being an engine builder for customers during the week and racing your own car on the track: race to be the best. My slogan since 1969, before I even knew of the legendary Bob Tasca (Rhode Island Ford dealer and NHRA drag racer), has been “Race on Sunday and Sell on Monday.” I learned that immediately in 1969, when I first took my Big Animal ’57 Mercury to Oswego Dragway in Illinois, and entered 1D Hot Rod. Fortunately I won. Even at the hobby level you need to show some success if you are in an associated hands-on business. Having constant problems and failures racing your own car, might discourage potential customers from letting let you work on their engine.

I’ve had many customers over the years tell me they brought their business to me because my own racing accomplishments made them feel confident.

The late great Bob Tasca’s slogan was “Win on Sunday – Sell on Monday.” But I believe that actually “Race Respectably on Sunday” is enough – and winning once in a while is the frosting on the cake. 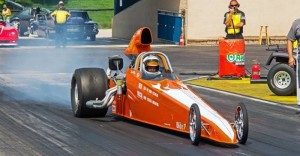 (Cross talk: Quicker dialed racer has option to have his top yellow bulb light when the slower opponent’s does, but the quicker car’s yellows only continue to drop after the handicap is spent. If racer does not want cross talk, an N is put in front of dial in.)

Advertisement
In this article:customers, engines, racing

Winning With Your Own Engines