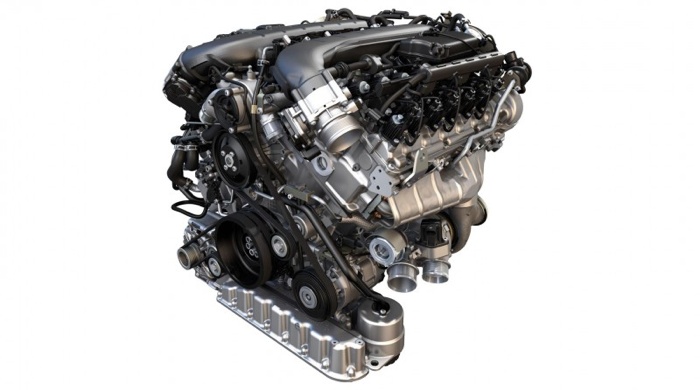 Being the first, and practically only, automaker ever to employ a W engine in road-going applications, the VW Group pioneered the W16 monster that powers the Bugatti Veryron to the world’s top-speed record for a production car with over 1,100 horsepower. The 6.0 liter W12 has been a staple of the Bentley line and some of Audi’s models for year s now. 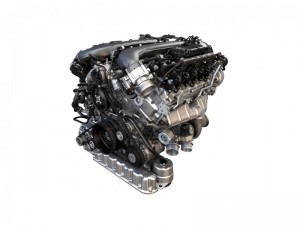 With the Vienna Motor Symposium underway, VW took the opportunity to introduce the world to its latest improvisation of the W12 design.

Being the first, and practically only, automaker ever to employ a W engine in road-going applications, the VW Group pioneered the W16 monster that powers the Bugatti Veyron to the world top-speed record for a production car with over 1,100 horsepower. Their 6.0 liter W12 has been a staple of the Bentley line and some of Audi’s models for years now.

With the industry moving towards smaller power-trains, many had feared that the engine would be nixed. However, the VW Group has just unveiled its latest design- a brand new 6.0 liter W12 built for both power and efficiency.

Instead of employing three banks of four cylinders like the W aircraft engines of the days of old, VW’s W12 engine combines two of their ‘VR6’ -narrow-angle(15 degree) V6 engines- around a singular crankshaft, producing two distinct cylinder banks or four pseudo-cylinder banks(with shared valve-trains); both VR6s are mated at a 72 degree angle.

The advantage to the configuration is that, even though it doesn’t run as smoothly as a V12, the design affords for much more compact packaging over V12 competitors. This allowed the Audi A8 L and other cars which employed the W12 front-engine the ability to support an all-wheel drive setup, whereas their bulkier V12 compatriots were restricted to rear-wheel drive. Of course, none of this explains why the VW brand thought the Toureg SUV and Phaeton sedan needed W12 power, but to each their own.

VW’s latest improvisation of the W12 engine relies on the same configuration and displacement as its outgoing predecessor; we know- maybe it isn’t all that ‘new’ after all. Base power output remains at a relatively stable 600 peak horsepower at a cool 6,000 rpm, just like the previous generation; expect Bentley to tune it to higher outputs. Torque delivery is improved over  a wider power band, with 663 lb. ft. of peak torque between 1,500 and 4,500 rpm. VW is promising that the quickest models employing the new engine will jet to 60 mph in well under four seconds and a top-speed of 186 mph. 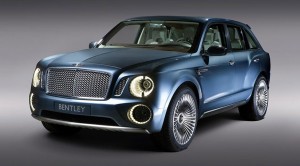 An improved cooling system with integrated temperature management is coupled to fuel saving features such as cylinder deactivation and a start-stop system. An all-new active suspension system independent to the engine helps optimize engine balancing and minimize vibration by delivering phase-shifted counter-vibrations.

The twin-turbocharger system that rounds out VW’s Turbo-Stratified Injection System employs a turbocharger on each VR6 bank, combined with a new multi-point fuel injection system(MPFI.) The MPFI system mates both direct(combustion chamber) and port(intake manifold) injection to reap the benefits of both technologies for a more even and adjustable distribution of fuel with greater control and adjust-ability over fuel delivery.

The new engine is slated to debut in Bentley’s new Bentayga off-road SUV, pictured below. Bentley will undoubtedly adapt the W12 for the remaining part of  its model line that doesn’t fall under the umbrella of its 6.75 liter V8. Audi will likely adapt the engine for use in its A8 L sedan, and a possible(yet maybe unlikely) future ‘A9’ model.

What do you think of VW’s 6.0 W-12 engines? Should they have fallen by the wayside long ago, or is the displacement/setup still relevant? Drop us a comment below.

Advertisement
In this article:Audi, engines, Volkswagen

The W12 Engine is Here to Stay

Choosing an Automatic Transmission for Your LS Swap
Connect with us